Group editing is not supported in IE8.

Sorry, group editing is not supported in your browser. Editing is supported in Internet Explorer 9 or later, Chrome, Safari, and Firefox.

Where is my Scroll in the FEDREC process?

Welcome "Everyone" to the “Colonel’s” VFV Motivational/Inspirational Quotes & Message of the Day! "Guess what Day It Is?" Yep! You Kno...

Welcome to the “Colonel’s” VFV Motivational/Inspirational Quotes & Message of the Day and Week! Let’s “Remember Everyone Deployed!” tod...

The “Colonel’s” VFV Motivational/Inspirational Quotes &amp; Message of the Day!

Upgrade your browser in order to edit this page.

Fayetteville has received the prestigious All-America City Award from the National Civic League three times. As of the 2010 census it had a population of 200,564, with an estimated population of 204,408 in 2013. It currently ranks as the sixth-largest municipality in North Carolina. Fayetteville is in the Sandhills in the western part of the Coastal Plain region, on the Cape Fear River.
With an estimated population in 2013 of 377,193, the Fayetteville metropolitan area is the largest in southeastern North Carolina, and the fifth-largest in the state. Suburban areas of metro Fayetteville include Fort Bragg, Hope Mills, Spring Lake, Raeford, Pope Field, Rockfish, Stedman, and Eastover. Fayetteville's current mayor is Nat Robertson, who is serving his first term.

Things to do here 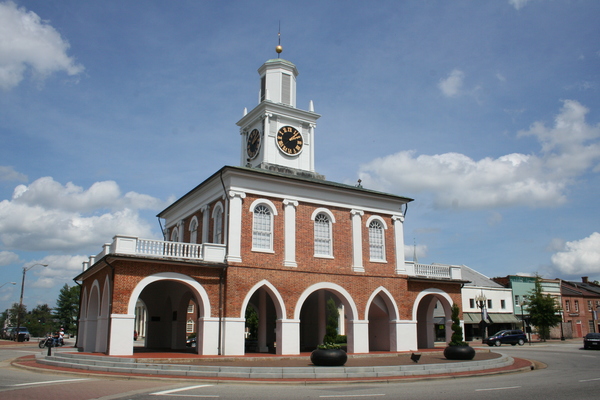 Advice for those moving here

It's a renter's market in Fayetteville.
With languishing home sales in recent years, frustrated property owners have increasingly put their homes up for rent, flooding the housing market with new rentals. For many owners and property management firms, this new stock has led to steeper competition and reduced rent prices.
"Our vacancy rate has gone up over the past two years," said Chet Oehme, broker-in-charge at Pennink & Huff Property Management. His company manages more than 1,200 homes and a 72-unit apartment complex.
"With so many rentals on the market, we've had to lower the rent in many subdivisions," Oehme said.
Year-over-year home sales in Fayetteville declined steadily beginning in 2007 until sales finally began to rebound in 2013. This has been slower than the state at large, which saw declines shrink to 1 percent in 2010 and 2011, then rebound in 2012.
"I think the main issue in the housing market is it's difficult to get much traction without first-time home buyers entering the market," said Michael Walden, an economist with N.C. State University.
And for the most part, Walden said, the 30-and-under crowd has avoided entering the market for reasons such as increased student debt and slower recovery from the recession.
Fayetteville's outlook, with the lack of first-time buyers and potential decline in military spending, holds "a mix that creates a lot of uncertainty," he said.
And so, Walden said, the rental rate is higher than it has traditionally been.
According to 2010 Census data, 10 percent of Fayetteville's 87,005 housing units were vacant compared with 13.5 percent statewide.
Of Fayetteville's occupied housing units, almost half were rentals, far higher than the approximately one-third of units across the state.
Renter-occupied homes increased over the following two years, making up nearly 52 percent of units, according to 2012 Census estimates. Statewide, the rental rate grew to 34.6 percent.
The vacancy rate grew as well, to 13.6 percent of the Fayetteville's estimated 89,642 homes and 14.7 percent statewide.
All this means that consumers can be choosier about where they live.
"Before, tenants would look at maybe three houses," Oehme said. "Now they look at maybe five or six."
Alex Townsend, the broker in charge of Townsend Real Estate's rental department, said his company also has had to drop some of the rental prices and often suggests property owners avoid increasing rents on lease renewals.
"After 12 months, they want to raise the rent," Townsend said. "Usually that runs people off because there are a lot of other options out there."
Oehme said he tells property owners he'd rather have a lesser rent and have it occupied than have it sit vacant and become at risk for vandalism or stolen air conditioners.
Oehme and Townsend said they've seen an increase in homeowners simultaneously listing their homes for sale and rent just to get them occupied.
Increasingly, these owners are becoming "involuntary landlords," Townsend said, sometimes because they are too eager. Typically, he said, dually listed homes will rent before they sell.
"I tell my owners if they're intent on selling, to try it for a couple months first," Townsend said.
Construction continues
Meanwhile, construction of new homes continues.
"Housing markets are very local," Walden said. "There will be segments of any metro area that will be doing well."
Jenny Copeland, a realtor with Coldwell Banker, said although home sales and rental prices have dropped in recent years, she's recently seen rents begin to climb in particular neighborhoods, such as those in the Jack Britt and Pine Forest school attendance areas.
Copeland said consumers are more knowledgeable than ever before. The Internet allows more research into home builders and desirable features, such as energy efficiency, she said.
New homes in subdivisions along Hoke Loop Road, she said, have been popular because of such features and their proximity to Fort Bragg. Developers, she said, also have dropped prices in some of these locations to get homes occupied.
But the bottom line is that people's tastes may just not match the housing inventory, either in location or in type of home, Walden said.