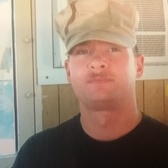 My career is best described as one that saw me serve at four different duty stations and did a deployment to the same base in U.A.E twice. I became a non-commissioned officer within five years. I had the intention of being in the USAF for 20 years, but things changed in the final year of my second enlistment. 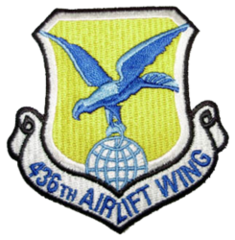 Desk Sergeant, Patrolman, Armorer
436 SFS, 436 MSG, 436 AW, 18th AF | Dover AFB, DE
My final assignment. It was here that I deployed for the first time. My final year was miserable as I dealt with lingering shoulder pain and the change in the squadron personnel led to my decision to get out. I regret it to this day and wish I could go back.
Jan 2006 - Aug 2006
Flight Chief
85th SFS | NAS Keflavik, Iceland
This was supposed to be a one year tour. Unfortunately, it was cut short due to a last minute decision to close it. Go figure, I closed two bases back to back. I returned to the States for a two-week vacation, I mean TDY, to attend 7-Level at Lackland AFB.
Apr 2005 - Dec 2005
Flight Chief
469th SFG | Rhein-Main AB, Germany
Towards the last days of Rhein-Main being open, I was certified as a flight chief. It may have been a small contingent of cops left, but it really stood out on my record and helped pave the way for certification to the same position in Iceland. It was during this time that I re-enlisted and as fa as I know, was the last service member to do so before the base closed. The ceremony took place at the Gateway Arch.
Jun 2004 - Dec 2005
Desk Sergeant
469th SFG | Rhein-Main AB, Germany
Once I became certified on the desk and consequently as a lead patrolman, I found myself performing escort duty for distinguished visitors. I had the honor of escorting General Arthur Lichte (Vice CC, USAFE) and former Chief of Staff John Jumper. President Bush visited and I was working control during his visit. At least I was inside and sitting on a TCP. Humerous side note, I accidentally pulled over Secret Service while they were running drills. It may have helped to have received that feedback prior to posting.
See 6 more

My final deployment. I served as squad leader and was able to see a few familiar faces. I spent the tour working where I was needed and did my part to help with the advancement of a couple of my troops.
Mar 2007 - Sep 2007
United Arab Emirates

First deployment. I spent nearly half the tour working alongside civilian and host-nation personnel as a liason for a new operations center being constructed. The facility was state-of-the-art and the security was impressive. When I wasn't working, my days were spent working out, watching movies and reading.