How do I go about putting a soldier out, when everyone starts to notice the soldier faking and no one wants to do anything about it? 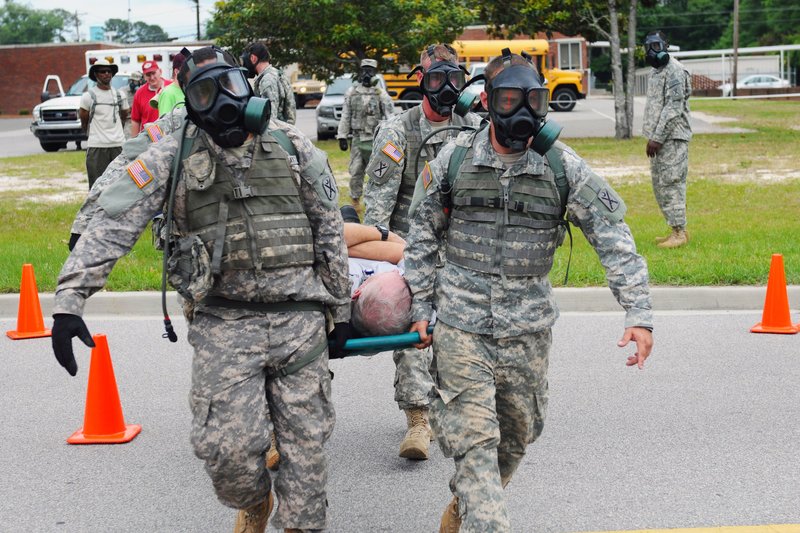 Their a PFC in my platoon the platoon Sgt know about him malingering on pt test getting profiles the day before, the last pt test he had to take in the push-up event he " injured his shoulder " after 6 push-ups and go to the TMC and they gave him motrin and a sling every day at work I and others will see him with the sling on as soon as he get off I and the other soldiers won't see him in the sling until 0630 pt formation the next morning he also picking and choosing which details he wants to do, and I talk to his team leader and squad leader I was told it will be handle, but the situation isn't handle. Should I step on his squad leader and team leader toe and get on the soldier? Also this PFC think since he smokes with NCOs he's a NCO.
Posted in these groups:

CSM Michael J. Uhlig
Posted >1 y ago
HOOAH! When you fail to enforce standards, you essentially are part of what creates substandard performers. You have the authority to counsel the Soldier, just give the immediate leadership a heads up (and copy) of the counseling. If the immediate leadership continues to take a passive approach then I suggest you elevate it to your Platoon Sergeant and ask for an open door opportunity with your 1SG (bring that original counseling statement(s)) to address the concerns and let the 1SG share the concern from the 1SG perspective.

I am glad you are operating with your eyes wide open!
(59)
Comment
(0)
show previous comments

SFC (Join to see)
4 y
Also with the new profile system it shows how many days that the Soldier has been on profile within the last 12-24 months which will provide all the documentation needed for malingering. Not complicated you just have to be dedicated to what is best for the Army.
(1)
Reply
(0)

SSG Melvin N.
4 y
CPL (Join to see) - From what has been said, he has already done a good job at starting that. At the same time it has to be documented or the member will be setting an example for others to become what was once known as a Slackers, bringing down that section.
This soldier may turn out to be a good troop if he can be made to preform to his potential. With the small amount of information we are given, take nothing for granted. No free paychecks, he signed on the same line we all did and said he would preform the duties of a soldier like the rest of us. If he's hurt it needs to be corrected if he's playing a game, there is a price for that and it will be paid if the actions are followed as the CSM stated above. The red flags for me would be smoking with the NCO's and acting like he's an NCO, as well as the sling is only on during duty hours.
Something to think about?
(2)
Reply
(0)

SPC (Join to see)
Posted >1 y ago
Medic here, lots of experience with this type of situation.

Odds are, this kid's doctors and medics are just as pissed about his malingering as you are--if not more so. Remember, we're the ones who have to sit and listen to people like him lie through their teeth about how bad their pain is. But unfortunately, we are beholden to modern medical standards, in which we err on the side of caution and assume our patients always tell the truth to the best of their ability. It almost never happens (why lie to your doctor? Seriously, people) but we operate that way regardless.

This means that when a kid like that shows up whining about how he "injured" his arm six push-ups into an APFT, we HAVE to assume he's being truthful, and treat it accordingly (hence the splint/sling). The silver lining here is that the new profile system tracks how many days per year soldiers are on a temporary profile. Any temp profile longer than 14 days gets flagged as MRC4 (non-deployable until rectified). Additionally, commanders now have visibility of all profiles within their company through the e-profile system. No more hiding under the radar.

My advice to you is this: collect sworn statements. If this guy is clearly malingering, other people have seen it. Ask them to write a sworn statement about what they saw or heard. Is he adhering to his medical profile? Is he engaging in activities that should clearly aggravate his injury (bowling, sports, etc)?. It's a pain in the ass to do, but when this joker eventually tries to MEB out (trust me, that's his end goal), you'll have loads of evidence to either chapter him for malingering, or at least force him to ETS without MEB.

Good luck, and may the Hooah be with you, SGT.
(48)
Comment
(0)
show previous comments

MAJ (Join to see)
>1 y
Check with the SJA as well. When I was a commander the SJA provided direction to ensure our T's were crossed and I's dotted. It helped alleviate frustration when someone walked on a loophole.
(1)
Reply
(0)

SFC Ronald Burris
>1 y
SSG (Join to see) - You can't flag someone unless their is specific actions that warrant him to be flagged. Need to look at the flag reg to see what warrants a person to be flagged.
(1)
Reply
(0)

PFC Anthony Bruce
2 y
SFC Daniel Helms this exactly. I have issues with my knee since I screwed it up in basic. I kept getting told I was malingering but nobody ever really looked into my issues. At least not until I ETSed and went to the VA my first appointment there they ordered a MRI and found my kneecap is partially separated from my knee.
(0)
Reply
(0)

MSG Mark Million
1 mo
Someone seriously failed you there PFC Bruce, not closing all the loops to rule out the source of a potential problem is a true failure on the part of the medical staff who took care of you (assuming this issue was present when you were seen by them), that being said I am glad the VA was more diligent in finding the source of your issues, and I lament the missed opportunity that occurred in failing to find you problem when it could have been rectified to keep you in the service or at least to transition you from the service in the correct status.
(0)
Reply
(0)

SSG Trevor S.
Posted >1 y ago
If you're not in his leadership chain monitor it for effect on your troops but otherwise stay in your lane. If you see significant evidence that it is effecting your troops' moral, take it to the PSG or 1SG with documented info to back you up.
(48)
Comment
(0)
show previous comments

SFC Mike Edwards
>1 y
SSG (Join to see) - Mentoring a Soldier is not easy. It is harder than raising your own children.
(2)
Reply
(0)

SFC Eugene Helstrom
>1 y
That is the wrong answer! The first response was correct, whether the POS is affecting the job of your own troops has nothing to do with it. Heads up to his immediate COC is the best way to handle. I generally gave a heads up on intial counseling. Once you establish contact with the soldiers and counsel him just make sure any corrective training is related to the delinquency. You can be creative on the additional training but keep within general Army standards of decency and Honor. I may have retired awhile ago but discipline never changes! Good luck Young Man and always keep leaning forward and eyes up to see the enemy!
(0)
Reply
(0)
Show More Comments
Read This Next
RallyPoint Home