What was the purpose of the higher Specialist ranks? 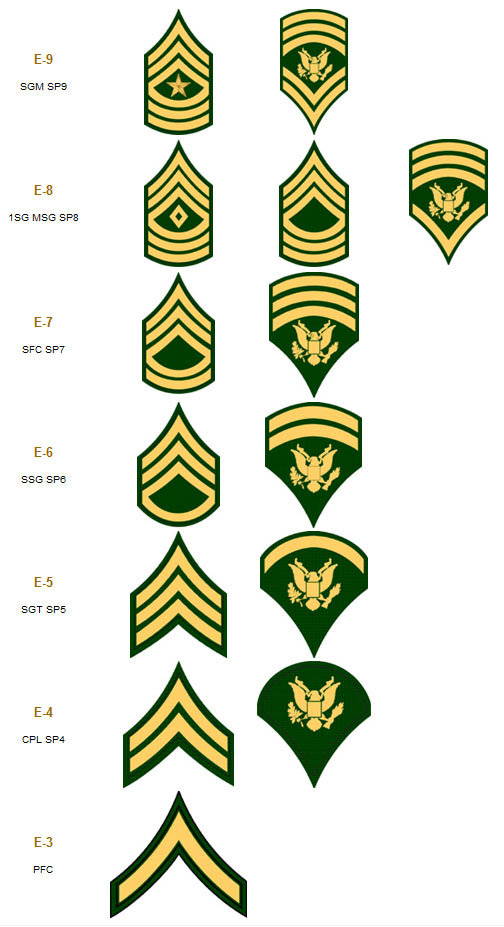 During the time my grandfather served in the Army, there were many Specialist ranks all the way up to E-9. My question is, what was the purpose of having an E-9 SPC (SP9) back when these ranks were in service. I could use a good history lesson!

Thank you,
SPC O'Hara
Posted in these groups:

SFC (Join to see)
Posted 4 y ago
Back then, the two rank systems were used to distinguish who was a leader (an NCO), and who was a technician (specialists). The higher specialist ranks were given to soldiers who had a great deal of administrative responsibility, but did not necessarily lead any troops. For example, someone who was a quartermaster (supply sergeant) who worked at the Pentagon and worked on massive acquisition projects might hold one of the higher specialist grades. He was paid the same as the NCO of the same grade because of the level of responsibility and expertise he had, but he was not in charge of troops and most of his authority was administrative only.
(71)
Comment
(0)
show previous comments

SP5 James Johnson
1 y
I was 26D20 Radar repairman. Cushy duty. Graduated 1st in my class and was sent to White Sands. Worked on the top secret Blue Mongoose. But we didn't have doppler radar and it was unfeasible. As soon as that was figured out my ass went straight to Nam. They still actually use the TPN 18 radar set.
(0)
Reply
(0)

SPC Melody Joyce
9 mo
CH (MAJ) (Join to see), I don’t agree because of the over abundance of leadership schools and courses. I had supposed leaders that were promoted and they had no abilities. In my last year, I was told to wear sgt stripes but couldn’t get the promotion! I could get no solid answers and I had exemplary service and more than enough promotion points! I had a secondary mos and a third mos, too! I even had a language trailer...
(0)
Reply
(0)

SP5 Troy Kennedy
1 mo
SP5 Troy Kennedy
I served in Korea during Viet Nam. I was trained as a 26B30 Weapon Support Radar Repairman. When I got to Korea I was assigned to an Artillery Unit. Before I left Korea, I was Section Chief with 8 to 10 men in my Section. Among the men were Sargents, and below. For a shot time I even had 2 E6s working for me. I know Specialist Ranks meant we were trained in a specialty, but the Army didn't use the Specialist ranks as you describe. Before I left Korea, we were given a Division priority miss of an experimental Search Light. I was responsible for all training and operations. In my unit, the only people responsible for more equipment than me were Company Commanders and above. Your description of the Specialist Rank, maybe the way the Army intended to be used by the Book, but far from the way it was used.
(0)
Reply
(0)

SGT Jerrold Pesz
>1 y
SPC Robert Keesee - I am sure those insignia exist but the army says that no one ever held those ranks.
(0)
Reply
(0)

SP6 Peter Kreutzfeldt
2 mo
they had to have somebody who could do the job, the hard striper could not get anything done, just yell a lot
(0)
Reply
(0)

SGM (Join to see)
Edited 4 y ago
Posted 4 y ago
SPC (Join to see) I was the Chief Fire Direction Computer for a mortar platoon, and was a SP5. I had one subordinate, a SP4 Fire Direction Computer. Mortar squad leaders were all SGTs, perhaps because they had an appropriate number of subordinates, 4 in their case. (Appropriate in that an Infantry Team Leader would also be a SGT and have 4 team members.) By that standard, if you had an entire squad of 10 subordinates, you would be a SSG, and if you had a platoon's worth, you would be an SFC. But if you had less, you could be a SP6 or SP7.

I don't know if this is the ACTUAL reason, but it is what it appeared to be in the early to mid 70's. The only SP7s I saw were senior cooks.

I think then, the Army was trying to increase pay for those who had valued skills, but insufficient subordinates to justify higher rank. I think the Army needs to continue to look into this, and stop the drain of highly qualified talent to the contracting world.
(29)
Comment
(0)
show previous comments

SP5 Edwin Overstreet
>1 y
I served 66-69, separated as SP 5 . Never saw above SP 6 but was always of the belief that enlisted hospital medical personnel could be SP7 and above . Other fields with specialist rank designation would have WO commission after SP 6 . Anything to that ?
(1)
Reply
(0)

SSG (Join to see)
>1 y
SP5 Edwin Overstreet - It depended on the MOS, mine went to hard stripes at E-6. It didn't make any sense and depended on officers who were vacancies
(0)
Reply
(0)

SP5 Philip Sanders
>1 y
I was a SP5 with Army Security Agency (Radio Research in Nam). We had hard Strip ans specialists depending on the type of responsibility you had. For instance I was responsible for the “poking pit” on my shift which was the group that prepared originating message traffic. The trick Chief was a E-6 Platoon Sgt, thus it all depended on what position you were promoted to.
(0)
Reply
(0)
Show More Comments
Read This Next
RallyPoint Home