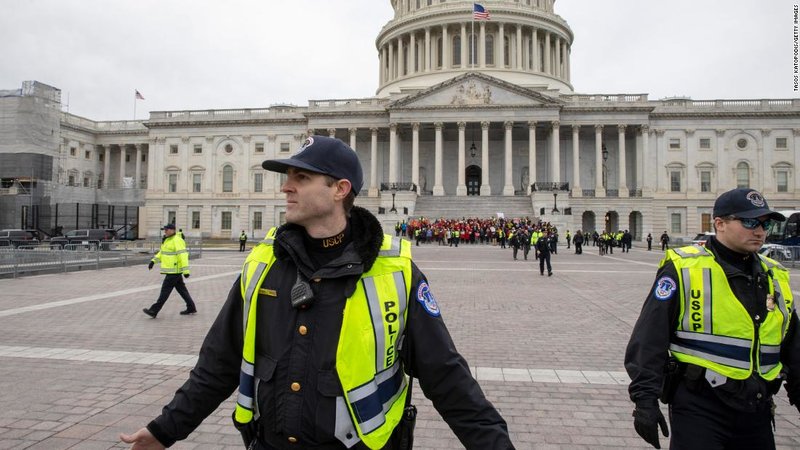 LTC David Brown
Edited >1 y ago
Posted >1 y ago
Do the cops who welcomed rioters into the building also get gold medals?
(6)
Comment
(0)
show previous comments

LTC David Brown
>1 y
Capt Gregory Prickett - none of their names have been released. https://www.npr.org/sections/insurrection-at-the-capitol/2021/02/19/969441904/capitol-police-suspends-6-officers-investigates-dozens-more-after-capitol-riots

The U.S. Capitol Police has suspended six officers with pay for their actions during the Capitol riots on January 6. A further 29 officers are under investigation.

"[D]espite initial images of some Capitol Police officers posing for selfies with some of the January 6 rioters and apparently waving the crowd through the building, footage showed 'savage hand-to-hand combat in which outnumbered police were attacked and beaten, pepper sprayed and bludgeoned with poles, batons and even a hockey stick and a skateboard,' and while inside the building, 'police beat back fierce crowds attempting to breach the rooms where lawmakers were being evacuated.'"

But go ahead and spread the lie, if that's what you want. It's what cult followers of Bunkerboy Donnie do.

Report: A Capitol Police Official Told Officers Not to Go After Trump Supporters on January 6

Officers were allegedly told to only target anti-Trump demonstrators.

LTC David Brown
>1 y
Capt Gregory Prickett - Vanity Fair? Ok what ever. So Capital Hill police officers were told to not go after Trump supporters? I don’t see how that conflicts with what I posted or supports your position. Accurate? NPR doesn’t pass the litmus test? Was the New York Times accurate? Is vanity Fair accurate?
(0)
Reply
(0)

SSG Edward Tilton
>1 y
The Capitol Police know who they are. It should keep them looking over their shoulder
(0)
Reply
(0)

Lt Col Scott Shuttleworth
Posted >1 y ago
Good...They were doing their jobs...are police in Chicago, Portland, Houston, Dallas, Ferguson MO gonna get it as well for what they endured...NOOO so why now.
(5)
Comment
(0)
show previous comments

Capt Gregory Prickett
>1 y
LTC David Brown - you really don't understand the difference between a criminal trial and an impeachment, do you? The impeachment trial of Trump did not have a finding of "not guilty." He's still subject to criminal prosecution, if the US Attorney for the District of Columbia wants to charge him.
(1)
Reply
(0)

LTC David Brown
>1 y
Capt Gregory Prickett - so charge him, until then you can speculate all you want. Again, how many people have been charged with insurrection? People are innocent until proven guilty. I do believe they need to be charged and indicted before a trial and then proven guilty, but your the lawyer. You can call the Jan 6th riot what ever you want, it doesn’t make it true.
(0)
Reply
(0)
Show More Comments
Read This Next
RallyPoint Home