SFC (Join to see)
46.5K
11
5
6
6
0
A coalition of military and veterans advocates wants the Defense Department to establish an advisory council, made up of customers, to help protect the savings in military stores.

“This council would work with the DoD to ensure that the commitment put forth by DoD and the Congress not to diminish patron savings would be adhered to going forward,” wrote the Coalition to Save our Military Shopping Benefits in a May 6 letter to the Senate Armed Services Committee.

The letter was signed by 25 military and veterans service organizations ranging from the Air Force Sergeants Association to Vietnam Veterans of America.

“We don’t believe customer voices are being heard early enough in the process of determining what changes will be made and how they will be made,” said Joyce Raezer, executive director of the National Military Family Association, one of the organizations that signed the letter. “DoD has been forthcoming about telling associations what they’re doing and what they’re deciding, but that’s after the fact.
“What’s needed now is more transparency on how decisions are made, how metrics are being determined and evaluated, sometimes at a higher level than [the Defense Commissary Agency],” Raezer said.

Years ago, DeCA had its own patron advisory council, but that no longer exists, she said. “It was useful in bringing up concerns from the field, but met sporadically.”

The advocates are calling for a council to be established at a higher level within the Defense Department, where decisions are currently being made about the commissary benefit. It’s the coalition’s hope that the patron council would advise DoD officials on matters regarding all resale activities, to include commissaries, exchanges, and morale, welfare and recreation sales outlets, said Candace Wheeler, spokeswoman for the Coalition to Save Our Military Shopping Benefits. She’s also vice president of strategic communications and marketing for the American Logistics Association, an organization of some of those who do business with military resale activities.

If the commissary agency starts using variable pricing — marking up prices for a profit rather than selling groceries “at cost” — it will be important for DoD to be transparent in how it calculates savings, Raezer said. Beneficiaries should have the opportunity to provide feedback to refine that process, she said.

The recommendation is part of a letter urging “caution on the scope and pace of reforms being considered” related to the commissary benefit, that are now part of deliberations on the fiscal year 2017 defense authorization bill. The House Armed Services Committee passed its version, H.R. 4909, in April.
The Senate Armed Services Committee is now in the process of crafting its version of that defense policy bill.

The House version of the bill would allow DoD to use variable pricing and develop private label products, moving away from selling groceries at cost. DoD officials are now determining their own detailed baseline of savings under the current system — how much commissary shoppers save vs. shopping outside the gates. According to DeCA's methodology for comparing prices, the average overall savings is 30 percent. This study, conducted annually, compares the prices of thousands of items with other grocery stores.

It’s not yet known what the expected level of savings would be under the reformed commissary system, but DoD documents laying out their plan say the savings for customers would be “reasonably consistent” with the level of savings under the current system. The draft House legislation provides safeguards to protect the commissary benefit, and lawmakers have noted that any changes are “not irreversible” under the proposal.

DoD would be required to submit reports at least quarterly on the progress, and as lawmakers monitor the changes, if there are problems, DoD will have the authority to infuse more taxpayer dollars into the commissary system to make sure the benefit is maintained for service members.

Over the next five years, DoD officials want to save a cumulative $1 billion, with a goal of saving $512 million taxpayer dollars in fiscal 2021, according to DoD documents outlining the reform proposals.

This draft legislation also gives DoD authority to convert the Defense Commissary Agency to a nonappropriated-fund organization, allowing it to operate more like a business with the aim of gaining savings in its operations.

The coalition’s letter to senators expressed concern that DoD will use this legislative authority ”to break down the traditional barriers to funding commissaries and exchanges,” potentially allowing officials to siphon off military exchange dollars to fund shortfalls across the military resale system, including commissaries. 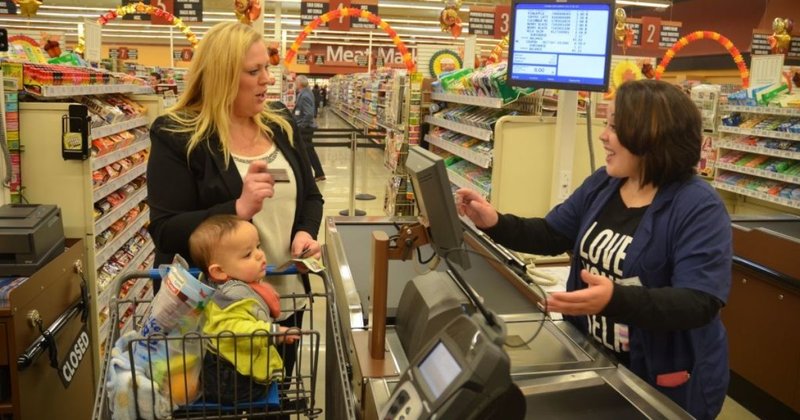 LTC Stephen F.
Posted >1 y ago
Thanks for letting us know SFC (Join to see) that 25 military and veterans groups want customers to advise on commissary reform
(2)
Comment
(0)