SFC (Join to see)
8.35K
12
3
6
6
0
I was deployed to Iraq in 2004. A few months into our tour my friend gets two weeks leave, he was assigned as the gunner on my Lt’s Humvee. A couple of hours before we go on mission the Lt asks me if I’d like to fill in for my friend and be his gunner. I have a bad habit of running my mouth and I didn’t think spending alot of time with the Lt was a good idea so I declined saying, “I would sir, but I hear your driver is so bad that he voids my life insurance policy and my folks would really need the money.” He laughed and walked away. That mission his vehicle wad hit by an IED and the blast killed the gunner, a SPC from HQC who volunteered for the mission. 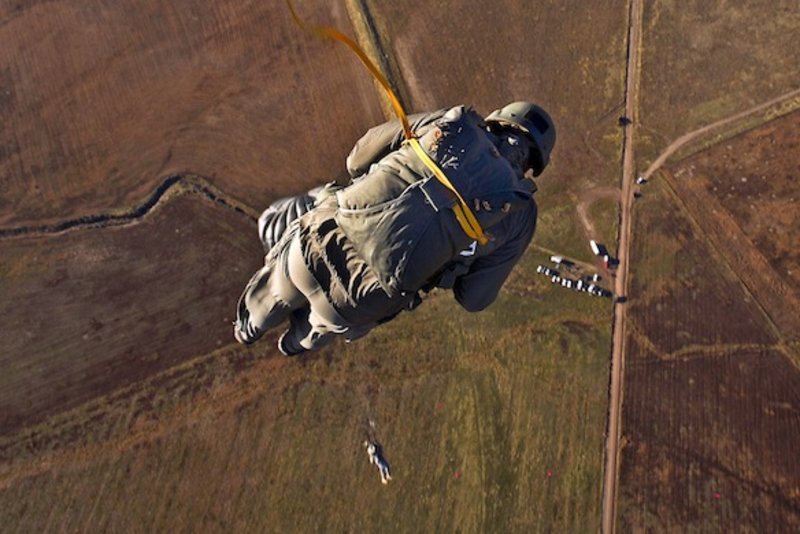 Posted from thoughtcatalog.com
Posted in these groups:

LTC Stephen F.
Posted >1 y ago
Thanks for sharing SFC (Join to see) crazy war stories.
I think military service members and EMS personnel may be the only ones besides those who work with the dead as morticians that appreciate dark humor.
(2)
Comment
(0)

Listen my shipmates and you shall hear of the sea story tale of “Rocky the Seamen and duty Helmsman” onboard the USS Puffer (SSN 652). Aye my scurvy mates it is too unreal to imagine what took place was just not impossible, but the time has come to be brave enough to tell the tale that most will say is just another alcohol and drug-induced event that took place after the fact with sub-sailors.

Remember it was the worst and best of times, in the early 1970s. The Navy did not have a strong drug policy, the “Just Say No” advertising campaign by Nancy Reagan had not been created, and the Controlled Substance Act of 1970, passed by President Nixon would not go into effect until the next year.

Liberty Call was granted to my group of friends by the Chief of the Boat, COB, and we grabbed our paycheck, weed, rolling papers, breathe mints, and headed out and for a night on the town in Honolulu. Our favorite place at that time was the Blue Goose rock and roll bar, up near the University of Hawaii. The evening was hot, humid and the music was just starting to jam as we all ordered pitchers of wine coolers, when someone in our group drops a hit of Orange Owsley acid, LSD, in our pitcher!

Soon we were giggling like schoolgirls and getting louder and stupider as we started coming on to the effects of the acid with the combination of weed and alcohol joking about how messed up, we were! You would think that we would have quit and return and crash back at our bunks, but no we bought a couple of cases of beer and headed up the Likiliki Highway to check out the view from the mountain lookout and continued partying like the drunken sailors we were.

Remembering that we had to be back before sunrise and Quarters at the Pearl Harbor Submarine Base we parked the car and stumbled across the brow hoping to get an hour or two in our bunks before we had acted like we were sober.

I had taken out the white fluorescent lamp in my bunk and replaced it with a black light so I could trip out on the various blacklight posters I had taped to the top and listen to Led Zeppelin, Doors, or Jimmy Hendricks on my headphones from my cassette player when shit hit the fan!

On the 1MC speakers came the alarm for “Battle Stations”! What the hell, we were still tied up to the pier when Commanding Officer J. Wills informs the crew that we are heading directly to sea to meet up with the USS Kamehameha (SSBN-642), built by the Mare Island Naval Shipyard in Vallejo, California. Upon completion she went on her first sea trials, off the coast of California, she sailed to Pearl Harbor, Hawaii, which was her home port until 1970, and we were going to play war games with her, right now! Oh shit, I’m still fucked up and hallucinating from the acid when I had jumped into my dungarees and stumbled up to Control Room and man my duty station as Helmsman during Battle Stations! (The helmsman maintains a steady course, properly executes all rudder orders, and communicates to the officer on the watch using navigational terms relating to the ship's heading and steering. A helmsman relies upon visual references, a magnetic and gyrocompass, a bubble for depth angle, and a rudder angle indicator to steer a steady course. The officer on watch directs the helmsman aboard navy ships and subs.)

We rigged for sea and as soon as we were underway and outside the harbor we rigged to dive as the crew got ready to play war games with another submarine! Oh shit, just as soon as we dove the Dive on Watch told the COB to turn off the white light and go to red lights for battle ready conditions when I started flashing and strobing on the lights on the Ballast Control Panel and Dive Stand. The Dive Officer started commanding me as Helmsman, to change the speed of the sub using the Engine Order Telegraph to full speed ahead and hold course heading 270 degrees with 1 degree up bubble with the fairwater planes to help keep the soup in the galley from spilling on the decks.

Please God help me as I’m shaking and sweating so bad that everyone must have known I was so paranoid and hungover from all the drugs alcohol we had consumed just recently, please get me more cups of coffee in the standard Navy Cup with the blue lines, now! And pray that I can just cope and not screw up, please. We continued to do this for about 2 hours as I was repeating, probably too loudly all orders and steering the sub up, down and around in circles as we hunted and played simulated war games, all the while I’m tripping as the lights, sounds and orders keep blasting into my ears as the numbers on the compass dial started floating around the room and the crew starting looking like barnyard animals, while I’m crying inside telling my brain for all this to end, please end!

As we finally found the USS Kamehameha we pinged them with our active sonar, as if we had shot them out of the water when in joy the CO called out on the 1MC that we won and secure from Battle Stations, and lets’ head out to sea in victory! I was so relieved and thankful to have survived but was blown away when the CO placed his hand on my shoulder and said, “Thank you seaman for doing such a great job today!”

I was relieved as helmsman and ran down to my bunk and hid under the blankets for the rest of the day freaking out that I had just driven a nuclear submarine under the influence of LSD and swore to God that I will never ever do that again, never again!

PO1 William "Chip" Nagel
Posted >1 y ago
As a Spook my Adventures weren't on the "Front Line" so I don't know that they would count as War Stories. My Best one though I can't (Won't) talk about on an Open Forum although it is damn funny. If I tell it here, I'm afraid men in Black Suits will come visit me and not in a good way either.
(0)
Comment
(0)
Read This Next
RallyPoint Home