PO1 William "Chip" Nagel
1.4K
9
5
3
3
0
Wearing uniforms brandished with badges from deployments in Syria, Afghanistan and Iraq, 10 American soldiers dangled their legs off a concrete ledge, spitting out sunflower shells and tobacco juice, as they waited the better part of Thursday morning for their forklift to arrive.

When it did, the soldiers, all trained as engineers, would begin constructing their 30th barricade, by stacking one shipping container on top of another and coiling concertina wire around its top. Most of the barricades they have made sit idly, waiting for a scenario where the Nogales border is so overrun with immigrants that U.S. Customs and Border Protection orders the Army to seal the border and stop all traffic.

It's the scenario President Donald Trump warned about when he sent 5,200 troops to the southern border to stop the approaching Honduran migrant caravan.

The only problem: The migrant caravan isn't headed anywhere near Arizona. 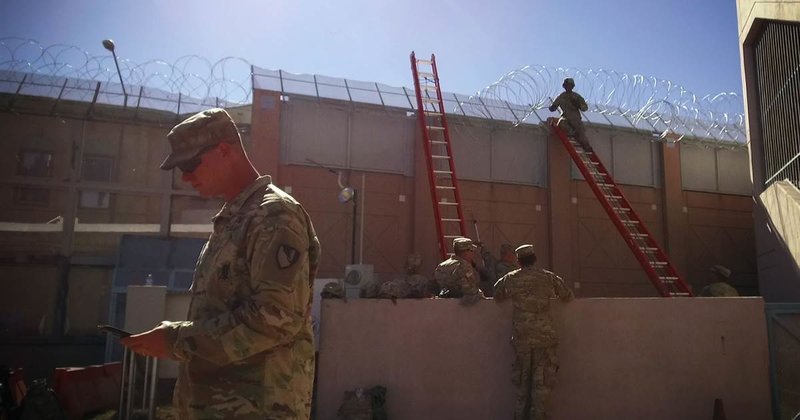 MSG Stan Hutchison
Posted 4 y ago
What a waste of money and good troops. Those soldiers should be home with their loved ones instead of playing Trump's paranoia game.
(3)
Comment
(0)

SFC Joseph Weber
Posted 4 y ago
Maybe they should be issued rakes and sent to California.
(2)
Comment
(0)

Susan Foster
Posted 4 y ago
It's always been a bunch of poor, rag-tag people looking for a better life. I do hate to see our resources used this way, however.
(1)
Comment
(0)
Show More Comments
Read This Next
RallyPoint Home