In 14 years of continual combat, has there ever been a greater disconnect between our warrior class and the civilians who purport to lead them? American politicians still don’t understand our enemy, still don’t understand the capabilities and limitations of the American military, and — worst of all — they still seem unwilling to learn. They come from an intellectual aristocracy that believes itself educated simply because it’s credentialed — and they tend to listen only to those who share similar credentials. They’ve built a bubble of impenetrable ignorance, and they govern accordingly. During World War I, German general Max Hoffman reportedly declared that “English soldiers fight like lions, but we know they are lions led by donkeys.” Over time, his criticism stuck, and popular opinion about the war hardened into a consensus that the horrors of the trenches were the product of stupidity and lack of imagination. Callous generals, the criticism held, safely ensconced themselves in the rear while sending young men to die in futile charges, unable to conceive of the tactical and strategic changes necessary to deal with the technological revolutions that defined the war. This criticism was unfair then — generals on all sides suffered high casualty rates and dramatically changed tactics during the course of World War I — but it’s entirely fair now.

Just look at the collection of senior “talent “advising President Obama on ISIS. Stanford- and Oxford-educated National Security Advisor Susan Rice has no military experience, was part of the team that disastrously botched America’s response to the Rwandan genocide, and is notable mainly for a willingness to say anything to advance the electoral prospects of her political bosses. 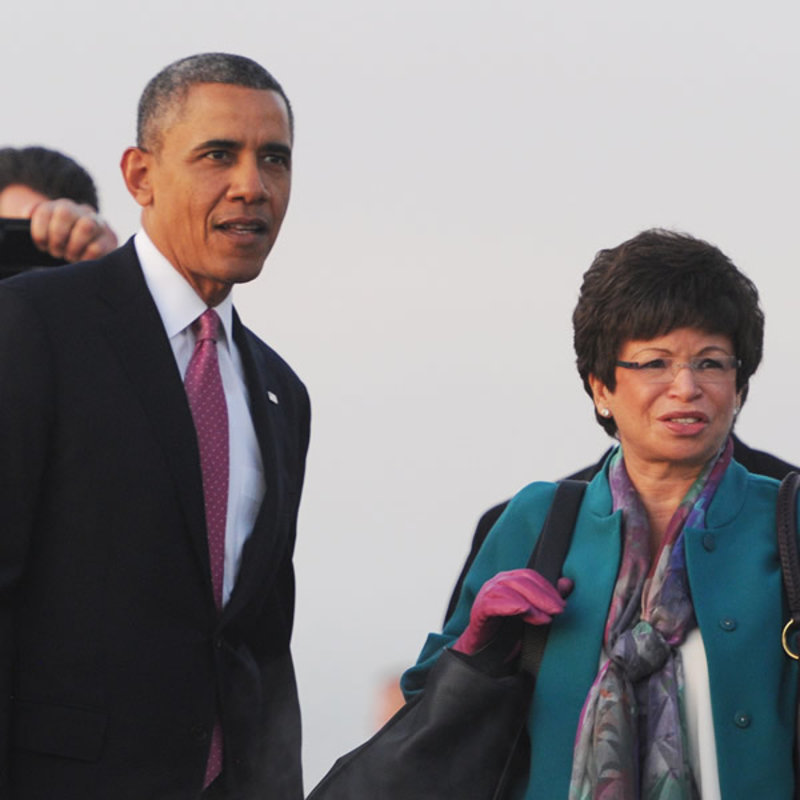 SSG Warren Swan
Posted 6 y ago
Sir the author in my opinion is ignorant. He wants to say that having military experience is the ultimate qualifier for senior office. If that's the case, why are we loosing so many flag officers to misconduct? So we make military experience a litmus test for higher office. Now we've degraded what it means to serve. It's no longer a "honorable" thing to do. It's no longer about "selfless service" but it's about how would I use this to be elected or placed in a certain position. It's reared it's ugly head now in various elections..."look at me, I'm a vet who commanded troops in the Stan or Iraq". I personally don't like that, but that's just me. Also in regards to the way he speaks of the Presidents cabinet, in Bush's case Powell was it. So Rice was better....HOW? He has an ax to grind with the current administration, and after the beginning talking about how there is no one with military experience, he goes on at the end and then says "I'm not saying military experience is nessicary". If you didn't think that, then WHY mention it in the first place. Critique them based off performance; not the fact that you think had they been military things would've been better. Had Susan Rice been a SPC before, gotten out and rose through the civilian ranks, would that be satisfactory, or would the next argument be she wasn't an officer so she doesn't know how the military works. Wendy Sherman, had she been in the NG/Reserves the argument then turns into "She has no clue how Big Army works being she was in 1/15th finance BN and they had no credible combat experience. Sorry COL, but this author isn't writing to inform, but rather to inflame and degrade. Using his OWN logic we could easily dissect Bush Jr's cabinet and see how many actually have credible military experience and wartime experience. Out of this only Powell would be the stand out. There are others, but being Kerry was questionable, then Rumsfield could be too. This would've been better suited on some rag tabloid site, or even on Duffelblog. I'm attaching a link for Pres. Bush's cabinet. Not to disrespect him, but to ask the RP community to look at them, and objectively see did having military service help him then, anymore than it'd helped Obama now.
http://www.infoplease.com/spot/bushcabinet.html

SSG Michael Scott
6 y
Because we have dumb and dumber in office. Just like the movie
(0)
Reply
(0)

SPC(P) Jay Heenan
6 y
SSG Warren Swan
He actually didn't say that military experience is the ultimate qualifier for senior office, here is the quote, "...I do not believe that military service is a prerequisite for the presidency, but lack of service — especially lack of service since 9/11 — should lead to a degree of humility and openness to counsel that our political aristocracy self-evidently doesn’t possess..." He also made reference to lack of military experience in both parties. His big issue is that we haven't learned anything after 14 years of war.
(2)
Reply
(0)

SSG Warren Swan
6 y
SPC(P) Jay Heenan - I see what you mean, but I took it as a "dig" when he started the comments talking down to them since they didn't. I know later on he mentions both parties, but it seemed more as a "non-biased" thing than the "honest" truth. It's the way it was opened that set the tone to me. But your assessment is correct. It could've been written a lot better without the digs.
(2)
Reply
(0)

MAJ (Join to see)
Posted 6 y ago
The donkeys referred to in WWI were, in fact, the generals so the comparison isn't quite as apt or hard-hitting as the author would like it to be. Also, there is no "warrior class" in this country. There are volunteers who join the military the vast majority of whom leave before they even make it a career.

Are we lions led by donkeys? I don't know; if so, I don't think that the Democrat Party comprises the donkeys. We've had, what, 14 CGs of ISAF/RS/NATO in Afghanistan. Aren't they as much "to blame?"
(7)
Comment
(0)

SSG Robert Webster
6 y
The not so humble opinion of an un-educated Infantry NCO.

MAJ (Join to see), interesting that you would mention the CGs of ISAF/RS (a subordinate command of NATOs Allied Joint Command Brunssum). There have been 16 of these, with the last 7 (5 USA, 2 USMC) of them being US Armed Forces officers. The other Commanders have been - 2 British Army, 2 Turkish Army, 2 German Army, and 1 each from the Canadian Armed Forces, Italian Army, and the French Army. Next you would need to understand how long each CG was in the position, what they were responsible for under the mandate that formed ISAF during each period, the number of nation states that were or are involved, and the mandates and restrictions placed on the use of those military and civilian forces of each of those nation states above and beyond the original and current mandates. You would or should also know that ISAF was created out of the UN (United Nations Security Council) Resolution 1386 and additional UN Resolutions. Next you have 48 nation states that have participated in ISAF/RS.

Now the biggest kicker of all - The mandates given by the different governments to their forces varied from country to country (think about it - 48 different countries). Some governments wished to take a full part in counter-insurgency operations; some were in Afghanistan for NATO alliance reasons; some were in the country partially because they wished to maintain their relationship with the United States, and possibly, some were there for domestic political reasons. This meant that ISAF suffered from a lack of united aims.

So, who are the donkeys here? My best estimate - the civilians leading this charge.
(1)
Reply
(0)

CPT Jack Durish
Posted 6 y ago
I have been reading the fifth of an eight volume biography about Winston Churchill: The Prophet of Truth. My wife thinks I'm crazy (and she most likely is correct). I'm torturing myself. History does repeat itself. Like McMillan, Obama is attempting to appease our enemies to shield us from their aggression. Despite the failure of every speech, or every policy of appeasement, he still insists that they will leave us alone if only we'll stop threatening them. Thus, he tells pleasant lies and lectures Americans to rain in their hatred and fear. Yet, where has this hatred and fear been evinced? Within hours of his appearance at a mosque in Baltimore (once on the FBI terror watch list ) Muslims in the Middle East burned alive almost a hundred Christians, many women and children. While he attempts to disarm Americans in contravention of our civil liberties, Muslims are infiltrating our porous borders and attacking Americans whose only offense is to gather like targets of opportunity in schools and public venues. Meanwhile, President Obama looks for even more opportunities to appease them thinking that, obviously, he hasn't yet appeased them enough. (Of course, I'm being generous in my assessment of his motives. No one can actually know what is in the heart of another) Yes, Harold McMillan did the same with Hitler and Nazi Germany. He surrendered other peoples land and lives to appease the enemy and declared "Peace in our time". Meanwhile, he vilified Churchill as a warmonger, blaming him for Hitler's tantrums. Sound familiar? Do you feel the President blaming you and I for observing his failures? That he would be succeeding if only we sat down and shut up. He lectures us on the contributions of Muslims to America, but he doesn't seem to know us very well, does he? And who suffers the worse? The military. It is always the first to shed blood when misguided diplomacy fails.
(6)
Comment
(0)

PO2 Mark Saffell
6 y
CPT Jack Durish And here is something that scares the hell out of me. A vote for HRC is a vote to carry on with the same policy.
(0)
Reply
(0)

SSG Samuel Mitrovich
6 y
Do you have a source attributing the "peace in our time" statement to Harold MacMillan? It has been widely recognized as being stated by Neville Chamberlain on September 30th, 1938 and is correctly quoted as "peace for our time".

By the way, Google searches for "Harold McMillan", as you spelled his name, direct you to an artist in Austin, Texas.
(0)
Reply
(0)
Show More Comments
Read This Next
RallyPoint Home