Immediately after the glass was broken, a shot was fired as Babbitt attempted to go through the doors.

One of the men who broke the glass can be seen going down a stairway and changing into clothing he had stored in a backback.

Ganaha, who lives in Okinawa, Japan, said it was clear to her that the two men were not Trump supporters. 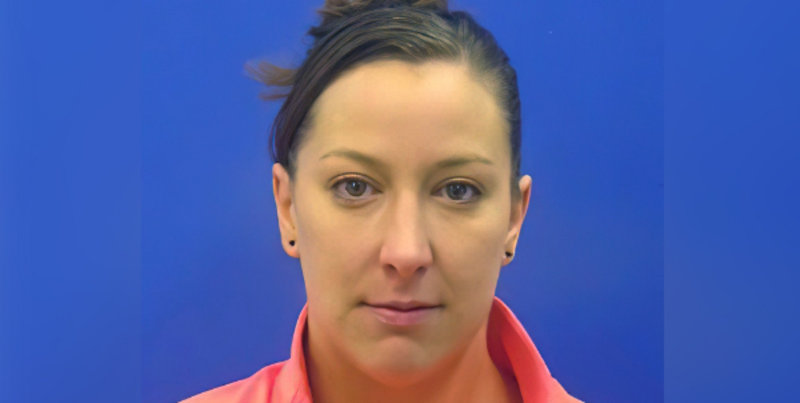 Posted from wnd.com
Posted in these groups:

LTC Eugene Chu
Posted 1 y ago
Cite a more reliable source than World Net Daily. FBI specifically mentioned that Antifa was NOT involved in the attack on the Capitol

No evidence has been found that members of the left-wing antifa movement were involved in this week’s storming of the Capitol building, the FBIsaid Friday,contradicting a narrative pushed by some Trump allies.

PO3 Edward Riddle
5 mo
PO1 Charles Smith - I think you are trying to come off as some kind of intellectual. As I read one time "If you can't dazzle them with brilliance, baffle them with Bullshit." Do you understand that?
(0)
Reply
(0)

PO1 Charles Smith
5 mo
I understand that you are looking for reasons to discredit me since you cannot discredit anything I have said to you. Your statements and conjecture rate high on the baloney detector. I will note that it is you who are attempting to baffle me with bullshit that does not stand up to any scrutiny. It is you who are parroting others as I can provide you with citations that you are apparently quoting. Do you even understand the difference between subjective and objective?
(0)
Reply
(0)

SGT Thomas LaRochelle
4 mo
Yeah, we trust a liberal FBI like the one who let Clinton skate on Benghazi? Screw that!
(0)
Reply
(0)

SSgt Ron Breier
4 mo
We've pretty much learned the FBI is headed up by a lot of liars and politicos now haven't we.
(0)
Reply
(0)

SFC Casey O'Mally
Posted 10 mo ago
You know who provoked the shooting of Ashli Babbitt?

I have the inside scoop.... I know shocking things.

Trust me, this is the last and only word on the subject you will need.

Lean in close, it's a secret.

SGT Thomas LaRochelle
4 mo
1stSgt Nelson Kerr you all are wack!! Next time you lose your keys and have to climb through a window to get in your house, I hope the police don't mistake you for a violent criminal committing a home invasion and shoot you dead while hanging in the window.
(0)
Reply
(0)

1stSgt Nelson Kerr
4 mo
SGT Thomas LaRochelle - In this case ot was the person charged with defending that house for intrudwers who shot the thug breaking in from inside the house. If someone yelled at me to stop while I was committing multiple felonies I would expect to be shot if I did not comply.
(0)
Reply
(0)

MSgt Robert "Rock" Aldi
Edited 1 y ago
Posted 1 y ago
The good Maj Chu did not like my comments.. I tried to respond but he blocked me and broke my heart ..before doing that though..he said NOTHING about those chicken shit masked cowards sneaking around...passing out "contraband" to their brethren to attack police officers and then changing clothes..like SSgt (Join to see) pointed out here in this post..their MO is being exposed
SrA (Join to see) PO1 H Gene Lawrence SFC Chuck Martinez SMSgt Lawrence McCarter Maj William W. 'Bill' Price PO1 Mary Vermont
(8)
Comment
(0)
show previous comments

LT Brad McInnis
1 y
MSgt Robert "Rock" Aldi - Kinda funny that most of us spent out entire careers in an "R" world but try to be "PG" now. I never really was good with the whole filtering thing... you are a better man then I !!!
(2)
Reply
(0)

SFC Chuck Martinez
1 y
MSgt Robert "Rock" Aldi - I guess you are lucky you was in the air force, us airborne grunts with PTSD just don't have any manners and don't really care.
(1)
Reply
(0)