SFC (Join to see)
5.64K
18
6
11
11
0
The Army announced Friday the first 22 women to be commissioned as infantry and armor officers under new rules that open all ground combat jobs to females this year.

The move is a major step toward integrating women into so-called ground combat jobs, placing them in leadership roles in occupations that were never open to them.

The 22 women are near completion of their officer training and will be commissioned as second lieutenants in coming weeks. They need to successfully complete the specialty schools and meet the physical requirements before fully qualifying in the fields.

The military had expected only a small number of women to volunteer for the jobs, at least initially. The Marine Corps said about 200 women a year would likely join newly opened ground combat positions, including the infantry.

The latest Army numbers seem to reflect that forecast, though the numbers could grow as more women enter the fields and pave the way for others.

“Incrementally over time, it’s been one success after another,” Lt. Col. Jerry Pionk, an Army spokesman, said recently about overall efforts to expand opportunities for women in the armed services.

Having female leaders in jobs such as the infantry is important, since they can serve as role models for enlisted women who may elect to join the infantry or other ground combat jobs. Newly commissioned lieutenants in the infantry generally serve as platoon leaders in charge of units of about 40 troops.

It is not clear how many enlisted women will be interested in joining the infantry. One Army enlisted recruit has so far signed a contract to enter the infantry, the Army said. The Marine Corps has said they received one request for a transfer to the infantry from an enlisted Marine.
Women have served extensively in combat in Iraq and Afghanistan. But until now they had been prohibited from so-called ground combat fields, which include infantry, armor and Special Forces.

In the infantry, troops are required to wear heavy body armor and packs that can weigh more than 100 pounds and are required to hike over long distances with their gear.
Three years ago the Pentagon ordered all jobs to be open to women by the beginning of this year. During that time, the military services studied physical standards and developed gender-neutral physical tests used to screen applicants.

The Marine Corps, an infantry-centered force that serves long deployments aboard ships, requested an exception for infantry, citing a study that showed infantry units with women did not perform as well as all-male units.

Defense Secretary Ashton Carter denied the Marine request this year, saying there would be no exceptions. The Marines pledged to successfully implement the order.

Carter said standards would not decline as a result of allowing women to enter the ground combat jobs.

Those standards are tough. No woman has yet completed the Marine Corps’ rigorous Infantry Officer Course, although 29 women have tried. Three women have graduated from the Army’s Ranger School, a physically demanding small unit leaders' course, since they opened it up to women for the first time last year. 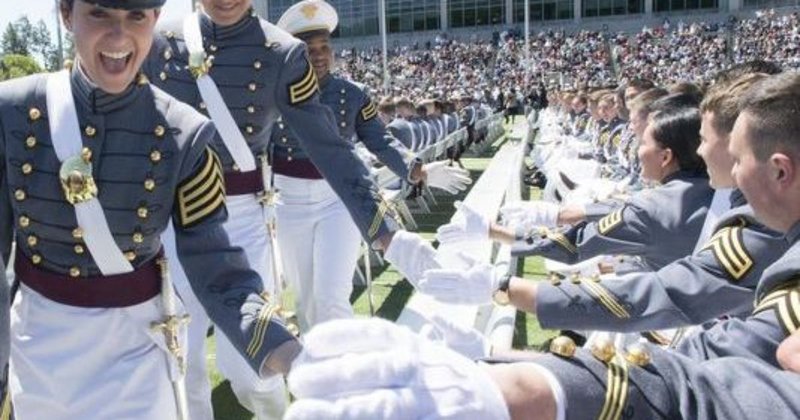 Women in the Military
Posted 6 y ago
Responses: 6

PO1 William "Chip" Nagel
Posted 6 y ago
I don't envy the Spotlight they are going to be under.
(4)
Comment
(0)

LTC Stephen F.
Posted 6 y ago
Thanks for letting us know that 22 women who are currently in West Point, ROTC or Officer Candidate School will be commissioned as combat arms officers when they graduate. One woman is currently in Officer Candidate School. Thirteen will enter the armor field and nine will join infantry.
Of course SFC (Join to see) they will not be considered Infantry or Armor officers until they pass through the officer basic course program. When I went through it was IOBC.
I echo PO1 William "Chip" Nagel's comments. I was part of the first USMA class with women at USMA from 1976 to 19890 and the spotlight of the national media [before smart phones and the internet] was on those women cadets. Less than 50% of them graduated while I our overall graduation rate was 64%. They were looked at by congress, the military, other groups.
I expect that significantly more attention will be focused on these 22 women as individuals and corporately because the capabilities to monitor and communicate have increased dramatically since 1976.
(1)
Comment
(0)

CPT Joseph K Murdock
Posted 6 y ago
Maybe Carter should pass Infantry School before instructing the military. If you move from 130 lbs. to 180 lbs. to box, you will get your butt kicked.
(1)
Comment
(0)
Show More Comments
Read This Next
RallyPoint Home