Tammy Grace Barnett took the oath of enlistment Thursday at Military Entrance Processing Station Shreveport. She plans to serve in military occupational specialty 11X, one of a series of MOSs that opened to women April 1.
Barnett initially visited Army recruiters in November, she said in an Army news release. She told TV station KSLA that she'd planned to enter the military police ranks, "but infantry is similar, and they are more on the front lines, like law enforcement here, and I said that's what I want to do."

She'll head to Fort Benning, Georgia, in June 2017 for basic training. The 14-month delay "is to allow the Army to properly prepare for new trainees by having trained female officers and [noncommissioned officers] in position," Army Recruiting Battalion Baton Rouge public affairs chief Roger Harmon said via email. "This allows female soldiers the opportunity to attend training and serve in a MOS previously only available to male soldiers."
Another MOS gender barrier fell recently at a recruiting station in Horseheads, a central New York town about 15 miles from the Pennsylvania border. There, Kaitlyn Stanton enlisted as a fire support specialist (MOS 13F), which opened to women April 1 along with 11-series specialties and other combat-related jobs.

Another female 13F recruit is set to enlist early next week in the Seattle area, a Recruiting Command spokesman said.

Barnett plans to celebrate her gender-equity milestone by going fishing with family this weekend. She's also already made some career plans.

"I have served the front lines in my hometown ... and now I am going to serve the front lines for my country,” Barnett said in the release. “I want to deploy, see action, and I definitely want to go to Airborne school.” 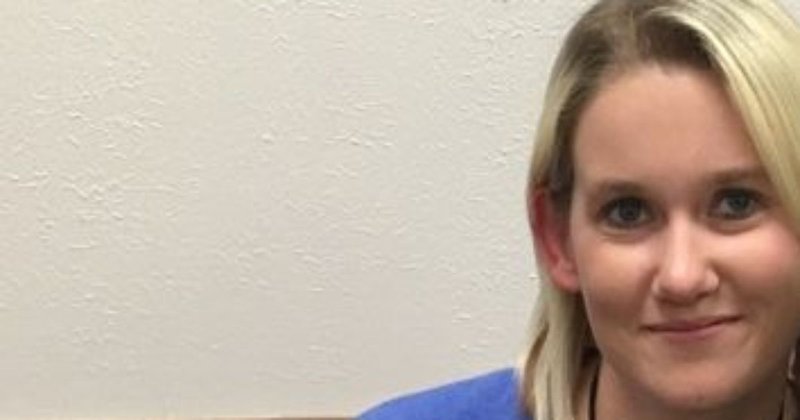 Women in the Military
Posted >1 y ago
Responses: 11

LTC (Join to see)
Posted >1 y ago
No wonder she did not want MP, she already is a peace officer, now she will get the tactical training. She wants to be part of her department's SWAT team. Good move!
(7)
Comment
(0)
show previous comments

SPC Harold Bustamante
>1 y
you know its 20,000 Kurdish infantry grunt women of the YPJ in Syria kicking IS ass so stop being dumb ass's women can rock a rifle and kick with their strong ass legs.. way more flexible and morally mental then most of the dumb ass men in my units. I'd fight with a capable sistah warrior any day..
(1)
Reply
(0)

SSgt Kevin Lewis
>1 y
LTC (Join to see) - Let's not forget that Sergeant Hester moved only a short distance from her humvee to the trenches. That is not really grunt work, that is only about the level of law enforcement work. Being a grunt is about taking the constant pounding on your back, joints, and ligaments; not moving from your FOB to your vehicle to a few hundred yards at most.
(2)
Reply
(0)

LTC (Join to see)
>1 y
SSgt Kevin Lewis - thanks for putting into context of things. Not many women can carry 160 lb loads that 11C or Infantry officer in the USMC sometimes carry. Personally, I could not handle that load.
(2)
Reply
(0)

SSgt Kevin Lewis
>1 y
Thank you sir. I never had a problem in stateside training or stateside humps. In fact I always considered humps to be my strong suit, but carrying those loads daily really beat us down as the months dragged on. What makes it even more difficult is the stress and lack of sleep over time. The body begins to struggle to heal itself, lots of sickness, etc... and we were in outstanding shape when we departed CONUS. Combining extreme sleeplessness, stress, sickness, and heavy loads was brutal.
(2)
Reply
(0)

SMSgt Dr. G. A. Thomas
Posted >1 y ago
Is there a physical abilities and stamina test for them to pass before basic training to help ensure a reasonable pass rate?
(7)
Comment
(0)

The Occupational Physical Assessment Test, or OPAT, measures recruits' physical aptitude to perform to job standards at the end of training for the Army's mo...

LTC Stephen F.
Edited >1 y ago
Posted >1 y ago
SFC (Join to see) I was a cadet at West Point when the first women were admitted as cadets in 1976 and witnessed the changes to barracks, facilities, etc. to provide privacy for the women which were initially distributed to one fourth of the cadet companies to ensure than all women were paired up with other women in the company.
In 1985 and 1986 I served as a infantry training company commander at Fort Benning. Then in 1987 I served as Chief Test and Evaluation at the USITC at Fort Benning which supervised and conducted all final qualification testing of physical abilities and skills. From 1988 to 1989 I served as Chief of scheduling for the USAIT which coordinated soldiers coming to Fort Benning and all transportation, ranges, training instructors and equipment, etc. required to train them.
The training barracks now are battalion level barracks. In order for women to safely train at Fort being there will need to be modification to the barracks, bathrooms, etc. at the training barracks. Hopefully women will be paired off so that nobody will be alone.
(6)
Comment
(0)
show previous comments

LTC Stephen F.
>1 y
COL Ted Mc - I have a son who was assigned to 3/75 Rangers who happened to marry a woman who communicated with him via rough sex chat room on his last deployment in 2011. They married soon after his return. Within 2 weeks, she charge him with rape [she did then same thing three years prior with a marine]. The Article 32 investigation cleared my son. The military was thought to be soft on military sex crime so the CG overturned the verdict and the deck was stacked against my son and he received a 35 years sentence and his ex-wife was paid a stipend for 3 years for coming forward.
Before the court martial I had never heard the term rough sex or its description which is essentially rape.
(1)
Reply
(0)

COL Ted Mc
>1 y
LTC Stephen F. - Colonel; You and your son have my sympathies. The POLICY of "Anything that the woman says is true unless the man can prove it isn't." is corrosive and any man falsely accused is permanently labelled even if the accusation is totally disproved.
(2)
Reply
(0)

LTC Stephen F.
>1 y
SSG Delanda Hunt - Are you replying to a specific comment? For a number of years I helped the clothing and textiles team in HQDA G-4. Clothing sizes are stocked for the bulk of soldiers with special sizes both tiny and large special ordered. In that way
"midgets" and "giants" were fitted for clothes and especially foot and head gear.
In terms of utilization midgets were better at being tunnel rats because their diminutive size helped them work through tight spaces. SFC (Join to see)
(1)
Reply
(0)
Show More Comments
Read This Next
RallyPoint Home