Biden: I stand by my decision to withdraw from Afghanistan

SFC Michael Hasbun
467
8
2
4
4
0
https://www.nbcnews.com/video/biden-says-he-stands-by-decision-to-withdraw-from-afghanistan-after-taliban-takeover-of-kabul [login to see] 11
Speaking from the White House's East Room, Biden said he will not pass on the conflict to a fifth U.S. president and that the U.S. would no longer fight a war that is "not in our national security interest." 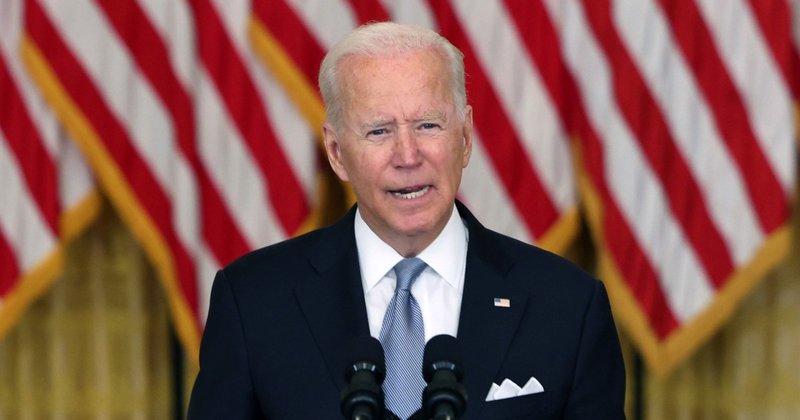 Biden: I stand by my decision to withdraw from Afghanistan

A1C Mike Allen
Posted 9 mo ago
I don't think that most people would argue about the US removing itself from Afganistan.
I think it is the manner in which Biden is doing it.
Very shady, very shaky, and very dishonorable.
(3)
Comment
(0)

SFC Keith Frain
Posted 9 mo ago
This enrages me on so many levels! However, with each level of rage, I am not entirely without empathy; for those who served (as I did), for those who paid with their lives, and for those who lost a part of themselves, i.e. wounded, or psychologically.
This is reminiscent of a long enduring war in which the U.S. faced a similar fate; I am speaking of the Vietnam War. The withdraw from Vietnam in 1975 was, for a better lack of words, a "Cluster Fuck!" History has a horrible way of repeating itself; now whether you believe it is "fate," I on the other hand believe it to be nothing less, nothing more than, "Hubris!" Given what we know now about the alternative motives, political gain, and outright lies.... We, as the most powerful country in the world, had NO choice but to continue our plight...even though we MOPPED the ground with the enemy, they kept coming out of the wood-work; so we continued to lie in the bed we made.
This may sound quite harsh to some, but I am a 21 year Combat Veteran of both Iraq and Afghanistan Wars. I have seen first hand of those who paid the ULTIMATE sacrifice, and those which lives were ruined because of being, or seeing such carnage.
As for this sitting Cabinet; this is a cowardice act of the highest! This could have been done in such a way as to not SPAWN another ISIS, Al-Qaeda, or Taliban insurrection. This Cabinet spat on everything AMERICAN"S & the other NATO forces who sacrificed so much.
I could go on, as my fervor runs through my veins with every breath, as I watch in disgust at what this Cabinet has allowed to happen.
(1)
Comment
(0)
Read This Next
RallyPoint Home