LTC (Join to see)
882
77
24
21
21
0
We have always known that Top Russian Communists/Marxists had their dacha vacation homes since Leninist times... Even though she is not a Communist, Democrat Representative Maxine waters lives in a mansion outside of her Economically destroyed district... She lives in the Windsor square district and her mansion is valued at between $1-$5 million. It is another example of mind your own business and don't do what I do, do as I say.

The California Animal farm mentality continues. They talk the talk but live like the
Bourgeoisie that revolutionaries hate.

This may be a right wing new source but who cares. This was also the same new source that informed us that Marxist quarterback Kaepernick Gave $25000 to a charity related to a charity of Anatta Shakur. She was convicted of killing a police officer, breaking out of jail and fleeing to Cuba. When President Obama opened relations with Cuba, he should have been handed over ( Along with other Criminals that fled to Cuba) as what all countries do when they open up diplomatic relations is to exchange prisoners. For some reason, President Obama was so desperate to have relationship with Cuba that he ignored this demand that is normal diplomatic protocol. I know this because I have a friend who used to be a Foreign Area Officer in an embassy. 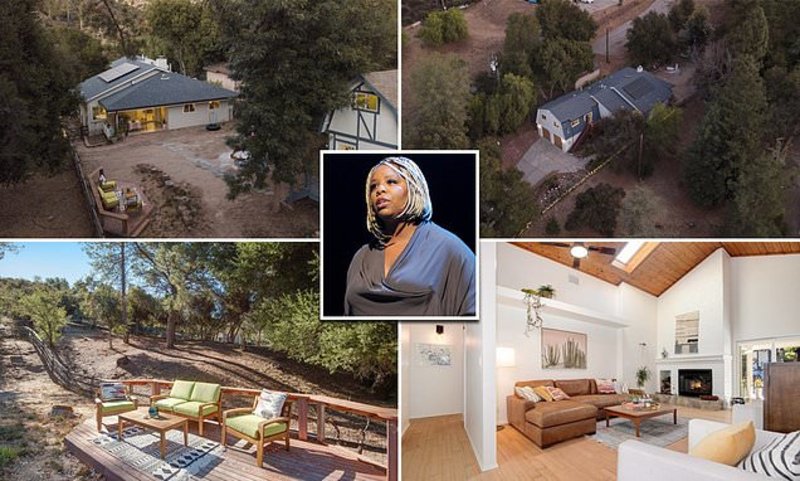 Capt Gregory Prickett
Posted 2 mo ago
Let's see, everyone who is involved with BLM is a socialist/marxist/commie...

LTC (Join to see)
2 mo
Capt Gregory Prickett - OK, deal, you are correct, the tag is on the subject not a personal mention by name. I have posted positive black stories before BLM. Maxine Watters was in a nearby district when I lived in California and when I drilled there until 2018. Time will prove your concerns incorrect that I am biased towards African Americans. I already told you in an earlier post my Grandmother is from Guatemala. She is Mulato or Sambo. Black and Indian. I am a strong supporter of Vernon Jones and Charles Burgess Owens. I have worked for a Black General in my current logistics Division I am currently in, A Brigade Commander, and even LTC who was my direct team chief when evaluating battalion staff from client units. I see Green Uniform, mentorship and rank and not the color of their skin. I have black veteran friends who once worked with me. They call me or give me instant messages on Facebook. I never said Garza is a persona non-grata. She is not Nathan Hale. Yes, rights are fine. I know there are different world views of Socialism. I listen with fascination to Malcolm X. I see many parallels to Black and Native American discrimination by Police and Society. I am also multicultural like you. You have indigenous blood in you and I have Spanish ancestry in me as my Mother is 1st Generation Naturalized American from Honduras. Anyways, I apologize for sending you this link. I will send you funny stuff that does not make fun of Democrats. Thanks for your comments.
(0)
Reply
(0)

Capt Gregory Prickett
2 mo
LTC (Join to see) - I don't care what your background is, I'm basing my comments on your posts, which are uniformly negative towards blacks. Next, I don't care how many blacks that you work for or with, it's just not relevant. Third, I never said that you claimed anything about Garza, but you have in the past called for VP Harris to be removed for supporting a bail fund for those who were arrested for lawful protests, a completely legal act. Finally, I'm not a Democrat, and what you are doing is not "making fun of" them, it's trying to denigrate their efforts by attacking their character.
(1)
Reply
(0)

Capt Gregory Prickett - I understand. It is making fun of the absurd. Yes, it is legal. I just wish they would prosecute violent protestors equally. Those who attacked the Capitol to overthrow the government get busted and those who attack a Federal courthouse and Police on a nightly basis do not get prosecuted. The Police arrest them and the District Attorneys let them go. Equal justice under law is not being upheld. It is not your fault. I just brought up the irony of it all. I saw this video on Garza because I recall as a kid seeing a story about Angela Davis and her weapon being used to kill a Judge in California. She was found not guilty of giving a weapon to someone she knew.

I was looking up Black Lives Matter videos put out over the years to learn more about them. I happened to watch a PBS documentary about the Weather Underground a week before the George Floyd Murder and something looked familiar. It was on a Canadian equivalent of youtube. I never knew a week later the protests and vandalism would look very familiar.
https://www.youtube.com/watch?v=amRTeL3oQ5A
I stumble upon things sometimes. The Weather Underground and the Black Panthers worked together. It was after the Black Panthers were murdered by Chicago cops. Now we have an associate of the Weather Underground working for the umbrella organization of BLM. IMHO Angela Davis and Susan Rosenburg are witnessing their 1960s Anti-Vietnam revolution happening now that they are senior citizens. Maybe it will be social justice (better treatment of Blacks and minorities on felony stops, and justice overall), and not a complete violent revolution now that we have a Democratic President. Hopefully, President Trump being gone will now satisfy these groups and social justice done legally will by the vote and not by burning down the system.
(0)
Reply
(0)

Capt Gregory Prickett
2 mo
LTC (Join to see) - that's BS, the DOJ just announced 4 more indictments relating to the slaying of a federal officer protecting a courthouse on the west coast. Doesn't that count? Or does the fact that the defendants are white supremacists "Boogaloos" make that not count, because it doesn't fit your anti-black, anti-socialist narrative?

And no, Trump being out of office isn't enough. He needs to be prosecuted for his crimes.
(1)
Reply
(0)
Show More Comments
Read This Next
RallyPoint Home