SGT (Join to see)
627
21
7
9
9
0
On December 16, 1773, at the Boston Tea Party, the Sons of Liberty protesters threw tea shipments into Boston harbour in protest against British the imposed Tea Act. From the article:

"Boston Tea Party
The Boston Tea Party was a political protest that occurred on December 16, 1773, at Griffin’s Wharf in Boston, Massachusetts. American colonists, frustrated and angry at Britain for imposing “taxation without representation,” dumped 342 chests of tea, imported by the British East India Company into the harbor. The event was the first major act of defiance to British rule over the colonists. It showed Great Britain that Americans wouldn’t take taxation and tyranny sitting down, and rallied American patriots across the 13 colonies to fight for independence.

Why Did the Boston Tea Party Happen?
In the 1760s, Britain was deep in debt, so British Parliament imposed a series of taxes on American colonists to help pay those debts.

The Stamp Act of 1765 taxed colonists on virtually every piece of printed paper they used, from playing cards and business licenses to newspapers and legal documents. The Townshend Acts of 1767 went a step further, taxing essentials such as paint, paper, glass, lead and tea.

The British government felt the taxes were fair since much of its debt was earned fighting wars on the colonists’ behalf. The colonists, however, disagreed. They were furious at being taxed without having any representation in Parliament, and felt it was wrong for Britain to impose taxes on them to gain revenue.

Later known as the Boston Massacre, the fight began after an unruly group of colonists—frustrated with the presence of British soldiers in their streets—flung snowballs at a British sentinel guarding the Boston Customs House.

Reinforcements arrived and opened fire on the mob, killing five colonists and wounding six. The Boston Massacre and its fallout further incited the colonists’ rage towards Britain.

Tea Act Imposed
Britain eventually repealed the taxes it had imposed on the colonists except the tea tax. It wasn’t about to give up tax revenue on the nearly 1.2 million pounds of tea the colonists drank each year.

In May 1773, British Parliament passed the Tea Act which allowed British East India Company to sell tea to the colonies duty-free and much cheaper than other tea companies – but still tax the tea when it reached colonial ports.

Tea smuggling in the colonies increased, although the cost of the smuggled tea soon surpassed that of tea from British East India Company with the added tea tax.

Still, with the help of prominent tea smugglers such as John Hancock and Samuel Adams —who protested taxation without representation but also wanted to protect their tea smuggling operations—colonists continued to rail against the tea tax and Britain’s control over their interests.

Sons of Liberty
The Sons of Liberty were a group of colonial merchants and tradesmen founded to protest the Stamp Act and other forms of taxation. The group of revolutionists included prominent patriots such as Benedict Arnold, Patrick Henry and Paul Revere, as well as Adams and Hancock.

Led by Adams, the Sons of Liberty held meetings rallying against British Parliament and protested the Griffin’s Wharf arrival of Dartmouth, a British East India Company ship carrying tea. By December 16, 1773, Dartmouth had been joined by her sister ships, Beaver and Eleanor; all three ships loaded with tea from China.

That morning, as thousands of colonists convened at the wharf and its surrounding streets, a meeting was held at the Old South Meeting House where a large group of colonists voted to refuse to pay taxes on the tea or allow the tea to be unloaded, stored, sold or used. (Ironically, the ships were built in America and owned by Americans.)

Governor Thomas Hutchison refused to allow the ships to return to Britain and ordered the tea tariff be paid and the tea unloaded. The colonists refused, and Hutchison never offered a satisfactory compromise.

What Happened at the Boston Tea Party?
That night, a large group of men – many reportedly members of the Sons of Liberty – disguised themselves in Native American garb, boarded the docked ships and threw 342 chests of tea into the water.

Said participant James Hawkes, “We then were ordered by our commander to open the hatches and take out all the chests of tea and throw them overboard, and we immediately proceeded to execute his orders, first cutting and splitting the chests with our tomahawks, so as thoroughly to expose them to the effects of the water.”

According to participant George Hews, “We were surrounded by British armed ships, but no attempt was made to resist us.”

Boston Tea Party Aftermath
While some important colonist leaders such as John Adams were thrilled to learn Boston Harbor was covered in tea leaves, others were not.

In June of 1774, George Washington wrote: “the cause of Boston…ever will be considered as the cause of America.” But his personal views of the event were far different. He voiced strong disapproval of “their conduct in destroying the Tea” and claimed Bostonians “were mad.” Washington, like many other elites, held private property to be sacrosanct.

Benjamin Franklin insisted the British East India Company be reimbursed for the lost tea and even offered to pay for it himself.

No one was hurt, and aside from the destruction of the tea and a padlock, no property was damaged or looted during the Boston Tea Party. The participants reportedly swept the ships’ decks clean before they left.

Who Organized the Boston Tea Party?
Though lead by Samuel Adams and his Sons of Liberty and organized by John Hancock, the names of many of those involved in the Boston Tea Party remain unknown. Thanks to their Native American costumes, only one of the tea party culprits, Francis Akeley, was arrested and imprisoned.

Even after American independence, participants refused to reveal their identities, fearing they could still face civil and criminal charges as well as condemnation from elites for the destruction of private property. Most participants in the Boston Tea Party were under the age of forty and sixteen of them were teenagers.

Coercive Acts
But despite the lack of violence, the Boston Tea Party didn’t go unanswered by King George III and British Parliament.

In retribution, they passed the Coercive Acts (later known as the Intolerable Acts) which:

closed Boston Harbor until the tea lost in the Boston Tea Party was paid for
ended the Massachusetts Constitution and ended free elections of town officials
moved judicial authority to Britain and British judges, basically creating martial law in Massachusetts
required colonists to quarter British troops on demand, using their private homes if needed
extended freedom of worship to French-Canadian Catholics under British rule, which angered the mostly Protestant colonists
Britain hoped the Coercive Acts would squelch rebellion in New England and keep the remaining colonies from uniting, but the opposite happened: All the colonies viewed the punitive laws as further evidence of Britain’s tyranny and rallied to Massachusetts’ aid, sending supplies and plotting further resistance.

The event didn’t earn nearly as much notoriety as the first Boston Tea Party, but it did encourage other tea-dumping demonstrations in Maryland, New York and South Carolina.

The delegates were divided on how to move forward but the Boston Tea Party had united them in their fervor to gain independence. By the time they adjourned in October 1774, they’d written The Declaration and Resolves which:

censured Britain for passing the Coercive Acts and called for their repeal
established a boycott of British goods
declared the colonies had the right to govern independently
rallied colonists to form and train a colonial militia
Britain didn’t capitulate and within months, the “shot heard round the world,” rang out in Concord, Massachusetts, sparking the start of the American Revolutionary War." 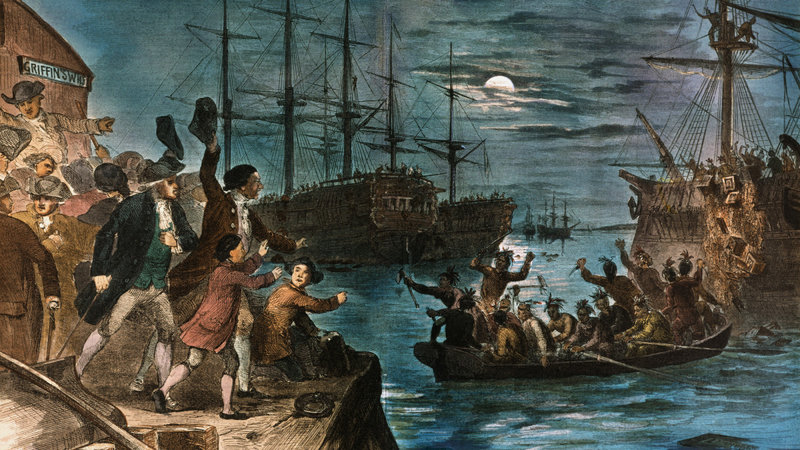 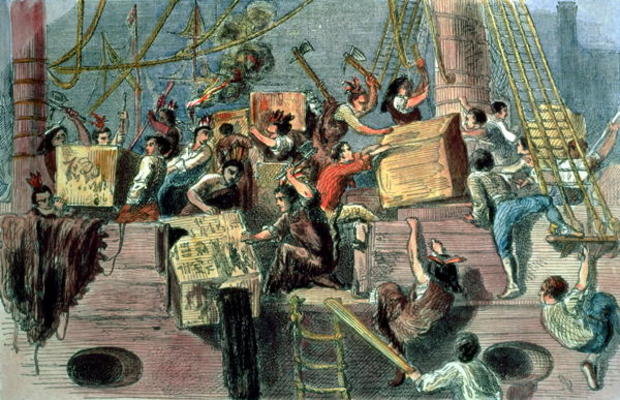