Veteran owners of Nick Palmisciano of Ranger Up and Mat Best of Article 15 Clothing have come together to create what seems to be the greatest zombie/comedy/war movie there is. It has an all-star, veteran heavy cast (including, but not limited to: Marcus Luttrell, Tim Kennedy, Dakota Meyer, Leroy Petry and many others) that is sure to bring a sense of pride, and great amusement to military people everywhere.

The Indiegogo campaign has completed, but I wanted to make sure that as many of the veteran and active duty folks there are here and elsewhere at least have a chance to hear about this, if not just out of curiosity for camaraderie.

If you're familiar with either of those two companies, then you already know how great this should be.

I, for one, have been pretty moto for this since it was first announced and the campaign started.

No, this is not a paid advertisement. 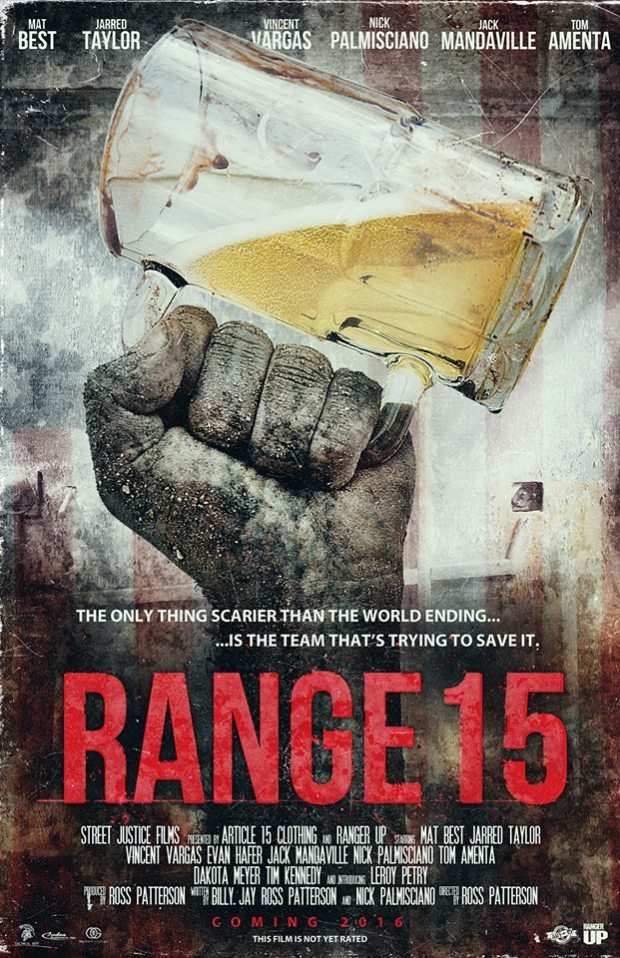 SGT William Howell
6 y
MAJ (Join to see) I see somebody else watches the videos too.
(2)
Reply
(0)

SGT William Howell
Posted 6 y ago
PO1 (Join to see) I was just checking this out yesterday. I can't wait! This is going to be better than Star Wars. Well better than the last 3 they did!
(3)
Comment
(0)
show previous comments

SSG Warren Swan Swanny, If you haven't checked out the videos on you tube you are missing out. They are right up your alley.

SSG Warren Swan
6 y
SGT William Howell - I've seen some of their stuff before but at work youtube is blocked....yay. They do make some solid points on some of their stuff on FB. I'm on the DS Backbone kick now. Dude is a complete fool, but the stuff he talks about is true in a parody sense. He also has the DS faces down to a science....wonder what he was if he was in?
(0)
Reply
(0)

Shit You See on the Range | Polenar Tactical

This is our artistic interpretation of unorthodox shooting styles and people using them that you can sometimes see on the range :) This video was made for pe...

PO1 (Join to see) I just peed on myself a little bit laughing so hard at your comment. That is my favorite video that he has done.

This is another great one I love.

SGT Joseph Schmalzel
Posted 6 y ago
I am going to clean guns with Liberal Tears while I watch this.
(2)
Comment
(0)
Show More Comments
Read This Next
RallyPoint Home