SFC (Join to see)
1.96K
14
4
5
5
0
Micah Xavier Johnson, who authorities say fatally shot five officers in a ruthless ambush in downtown Dallas, was sent back to the U.S. by the Army in 2014 while serving in Afghanistan after being accused of sexual harassment by a female soldier, according to his then military lawyer.

Lawyer Bradford Glendening told the Associated Press that Johnson was sent back with the recommendation that he be removed from the Army with an "other than honorable discharge."

Glendening, who represented Johnson at the time, told the AP Friday that the recommendation was "highly unusual" since counseling is usually ordered before more drastic steps are taken.
Glendening said Johnson, who served six years in the U.S. Army Reserve, was set to be removed from service in September 2014 because of the sexual harassment incident but instead received an honorable discharge in April 2015 for reasons the lawyer said were unclear.

Johnson served one tour Afghanistan beginning in late 2013, according to the Army. He was a private first class with a specialty in carpentry and masonry.

He was killed Thursday night by police using a explosive device delivered by a remote-controlled robot.
During a long standoff with police, Johnson told negotiators that he was upset over recent police-involved shootings of blacks and wanted to kill white people, especially white police officers.

Authorities who searched his home in the Dallas suburb of Mesquite found a personal journal of combat tactics, as well as bomb-making materials, ballistic vests, rifles and ammunition. 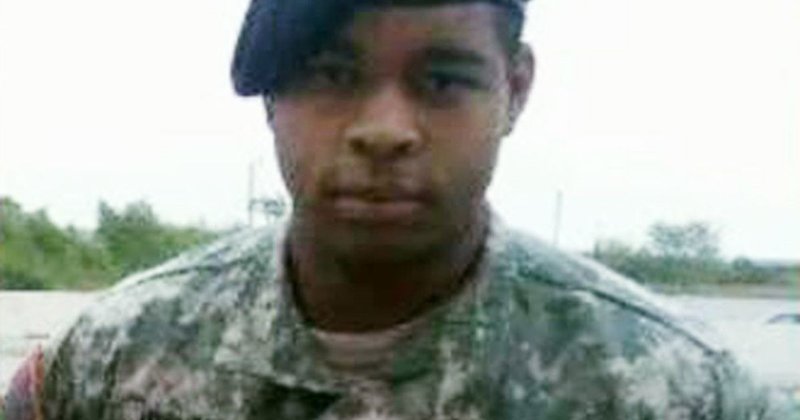 LTC Stephen F.
Edited >1 y ago
Posted >1 y ago
That doesn't seem very surprising SFC (Join to see) based on his cowardly approach to become a sniper against unawares police forces and how he shot a black mother trying to protect her son all apparently to protest the treatment of black people by police forces.
From all intents and purposes Micah Xavier Johnson seems to have been a trouble maker who took advantage of the weak and those he thought he might be able to control.
(4)
Comment
(0)

LTC Stephen F.
>1 y
SP5 Christine Conley - the police used a bomb robot to take him out. It seems they modified the robot so that it could deliver a bomb instead of disabling one.
He was firing from an apparently good vantage point into a crowded area. It isn't surprised that he hit people and killed some.
If he was a trained and experienced sniper he would have killed most of the 12 he hit.
SFC (Join to see)
(0)
Reply
(0)

PO1 William "Chip" Nagel
Posted >1 y ago
Very Rarely do things just come out of the Blue, I'm sure that this Individual had plenty of issues that just finally bubbled over.
(3)
Comment
(0)