As you probably know, Gina Carano was ceremoniously fired yesterday from her role of Cara Dune, with a public announcement out of Disney that had all the public relations savoir-faire of a below-average fifth grader. In that time, we’ve heard from various sources, including the Hollywood Reporter, that Carano was already on the chopping block since January, with Disney actually looking for ways to can her since November.

Apparently, Carano’s calls for election transparency were too much for the execs over at Disney. More alarming is that we’re hearing from solid sources that Carano was, in fact, fired yesterday after Lucasfilm had grown weary of waiting for her to screw up and so they used the Instagram post she made as a smokescreen.

Now, there are a couple of things here that are important to note. First, we’re hearing reports that Disney knew all the way back in November that they planned to get rid of Gina Carano. We’ve read some reporting that Carano was planned to receive her own show called Rangers of the New Republic (announced), but that she was scrubbed from the announcement as very high level executives at Disney did not like her tweets or personal politics.

What’s very curious is that now we’re hearing Rangers of the New Republic is essentially a dead show — not only has Disney fired Carano, but they may have seriously damaged their relationship with Carl Weathers, and plans in place for Rangers of the New Republic are rumored to be scrapped. So, did Disney announce a show to investors that they already secretly knew they would not be producing?

There’s more fallout, though. You may have noticed that Disney’s stock is skyrocketing as their Disney+ subscription numbers have gone astronomical. They’ve already hit 90 million subscribers and the revenue from that number of consumers per month is ridiculous. Disney will literally do anything to keep that number going up since the amount of power they can obtain through long-term subscriptions is ridiculous.

If you think Disney has cultural influence now, just wait until they have 250 million subscribers paying them money each month to babysit their kids. But then CancelDisneyPlus started trending on Twitter over and over. Major conservative and moderate voices began calling for customers to cancel their Disney+ subscriptions. These are people with millions of followers.
And then a bizarre thing began to happen, that not even I saw coming. People actually did begin to cancel their subscriptions in mass.

YouTube channel Overlord DVD has begun reporting that Disney execs were taken aback by the number of people unsubscribing from Disney+ in the past 24 hours. More concerning to them, they began to see exactly what people were saying about Disney as a company, and it was eye-opening. While the numbers reported to investors today did not reflect the losses the company has experienced in this latest call to action by customers tired of Disney’s pattern of action, what Disney is seeing is the beginning of something I can only compare to what occurred to Blizzard Entertainment when they showed Diablo Immortal.

Up until that point, Blizzard Entertainment had been held in the highest of esteem as the best video game developer on the planet. Under the direction of Mike Morhaime, the company had created some of the greatest games in the history of electronic entertainment.

Indeed, it was Blizzard that had seen Disney+ like success with World of Warcraft: a game that dominated popular culture and created a lucrative revenue stream for the company. But after a string of unethical decisions and uncomfortable courtship of the Chinese Communist Party, Blizzard made a series of deeply flawed decisions that set the company spiraling. That all culminated with the company wiping out their reputation, which may never be retrieved. This is the spot The Walt Disney Company currently finds itself in.
Consider for a moment the responses to Disney simply advertising a version of Cinderella movie:


Those are literally the top responses… on Twitter… a platform not known for an abundance of conservatives (and yes, I know, being against slavery and genocide shouldn’t be a partisan issue, but welcome to 2021). Normal people clicking on this ad are seeing this. For Disney, firing Gina Carano may have been the veil tearing for average people to see what’s going on behind the scenes.


In the near term, Disney must consider that the huge increases they have seen for Disney+ were largely driven for massive excitement over The Mandalorian and Luke Skywalker. Let me remind you that Luke Skywalker toppled The Office for the most streamed thing on any service for December — an almost impossible task given that adults will turn on The Office and let it run while they sleep at night.

And now, Disney has basically shot that golden goose. If you did accurate polling right now about The Mandalorian, the unbridled enthusiasm Disney was showered with has turned into disgust. Cara Dune was the second most popular character in the series after Baby Yoda. If you just take the politics out of the entire conversation, you have to understand that this was one of the worst business decisions a company dependent on streaming could make. Now “normies” are talking about Disney being in bed with concentration camp guards.
Don’t be surprised if Robert Downey Jr. no longer has interest in playing Thrawn. He’s strongly against cancel culture. It’s what happens when the mob tries to cancel you unsuccessfully. Don’t be surprised if Jon Favreau joins RDJ — Favreau also hates cancel culture. There will be no more excitement over Disney finding ways to retcon the sequel trilogy, using the Veil of the Force, making Grogu be the reason Luke Skywalker turned into a contemptable hermit, etc. And then Disney+ can go back to being a baby-sitting service with Moana and Frozen 2.

But all this depends on whether or not customers are willing to let it go. 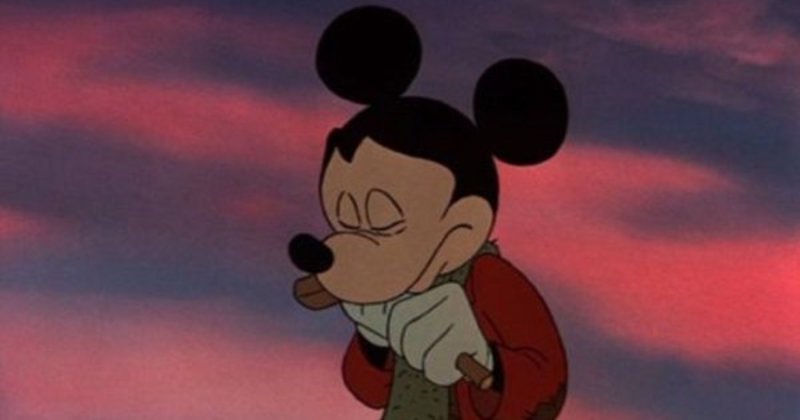 Posted from piratesandprincesses.net
Posted in these groups: The Walt Disney Company

SSG Robert Perrotto
Posted 1 mo ago
I am not endorsing anyone else to do this - but honest Truth - I pirated the Mandolorian, and also Wandavision. Disney, and by extension, Lucasfilms, treatment of Boyega was the straw that broke the camels back for me. Next on the chopping block will be Rosario Dawson, as the progressive mob, emboldened by Carano's firing, will ramp up pressure to fire her as well. They cannot have strong women who hold their own views and opinions, that are in opposition to their dogma, having positions of power or authority. Gina Carano was a woman that had to be brought down, by any means possible, because she was not only a favorite, but had quite a lot of influence within the Star Wars community.
(4)
Comment
(0)

SSG Nathan S.
1 mo
And they thought The Mandalorian was heavily pirated before (I believe it was the most pirated show last year). They ain't seen nothin' yet.
(0)
Reply
(0)