DoD Allowed Government Spending At Casinos And Strip Clubs, According To New Report

SGT (Join to see)
2.84K
31
23
7
7
0
Does this surprise anyone? It doesn't me. Our Government spends our money on things they want, all the time. If you'll notice, this spending dates back to 2013 and 2014. Why is it just now being released to the public? Nothing can, or will be done now. So, what difference does it make? I posted this because it pisses me off where some of our money goes, that could be used for something that is better. 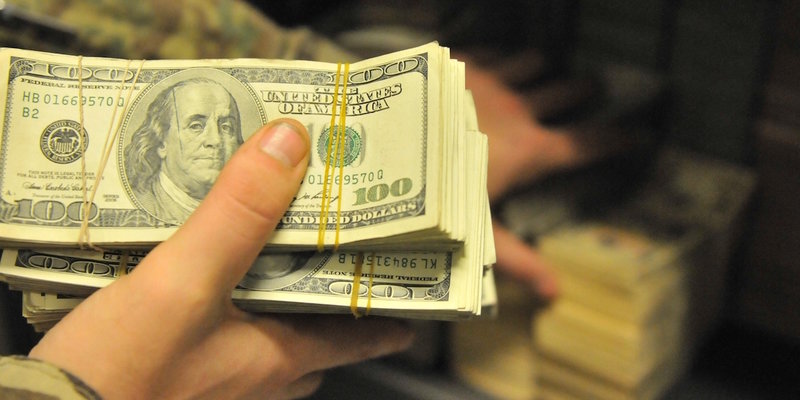 DoD Allowed Government Spending At Casinos And Strip Clubs, According To New Report

Posted from taskandpurpose.com
Posted in these groups: Defense Department

SFC (Join to see)
Posted >1 y ago
Yet I had to get permission to buy a box of paper clips and write a letter of justification if I wanted the large box instead of the medium box.
(3)
Comment
(0)

PO1 (Join to see)
>1 y
I would have hated to see what they would have asked for if you had requested colored paperclips.
(1)
Reply
(0)

SFC (Join to see)
>1 y
Probably would have resulted in brig time. It was so stupid toward the end.

A general bought his mistress fake tits -- supply sergeants need to write letters of justification for all purchases.

A senator buys a car -- supply sergeants need permission from an O-03 or higher for all purchases over $75.00

A state department official pays for 250 lap dances in a strip club/whore house in Colombia -- supply sergeants must get permission from the first O-05 in their chain of command for any and all purchases.
(1)
Reply
(0)

SGT (Join to see)
>1 y
SFC (Join to see),You know how it works. Shit flows downhill, and RHIP. Not diffetent from when I was in. I think it's in their genes when they get that high.
(1)
Reply
(0)

Maj Marty Hogan
Posted >1 y ago
Gonna throw the BS flag on this and clarify some... I am a former travel guy. Since the invention of DTS, which allows a commander to have more purview of his funds- no seriously that is how they sold it. The individuals with the power to approve vouchers for payment are not trained travel people. Most are already to busy supervisors saddled with another extra duty that only slows up getting important stuff done each day. The approver clicks through for the most part and gets to the approval section and really doesn't review expenditures. You really can't see everything on the card sometimes- if someone does do a check- they may assume the charges are at a bar- which could be a restaurant/bar so no one thinks to delve into it much further. That doesn't sound sensational and it doesn't sell scandal like saying the government allows this. Now- second part that no one does anything- I was in Finance for several years as the auditor- at most bases air and army- that I had dealings with if you utilized your GTC at unauthorized places there were/are consequences. This is a good story, but steeped more in want than substance. Now on the Congressional side of this....eh my guess is this is true. They are entitled however as we the people serve them. Off my soap box and sorry for the long response.
(2)
Comment
(0)

SGT (Join to see)
>1 y
Maj Marty Hogan, Whete is wired before retirement, several of us were issued credit cards, because we were in safety and did some traveling. The job set up where we stayed, which was always first class. We were allowed to charge meals and drinks, as long as we didn't over do it. Some of them charged gas, paid a bill,etc. They really abused it. From then on the bean counters broke down our charges. Those who exceeded, and abused the privilege was taken off the safety team, and had to pay the company back, with the credit card fees. It was a large, worldwide company. Eventually the cards were taken away from us, and we got travel vouchers. If you wanted to drink alcohol, you paid for it out of your pocket. Those yahoos ruined a great perk. Don't worry about the soapbox. I'm one of those if you ask me what time it is, I'll tell you how to build a watch.
(2)
Reply
(0)