Dwyane Wade On His Child: ‘She’s Known She Was Transgender Since She Was Three Years Old’ |...

Col Joseph Lenertz
944
24
10
5
5
0
I feel sorry for the poor boy. It's so sad that he is so confused, and that his parents appeased his confusion from the beginning. When my daughter was 3, she knew she was a doctor. Then later that same year, she knew she was a pony. It didn't make her either one. I fear this boy who is currently happy, is pleased with the attention and approbation of declaring he is a girl...and may not be permanently happy as a post-surgical patient. He should take it slow and get lots of counseling before doing anything irreversible. 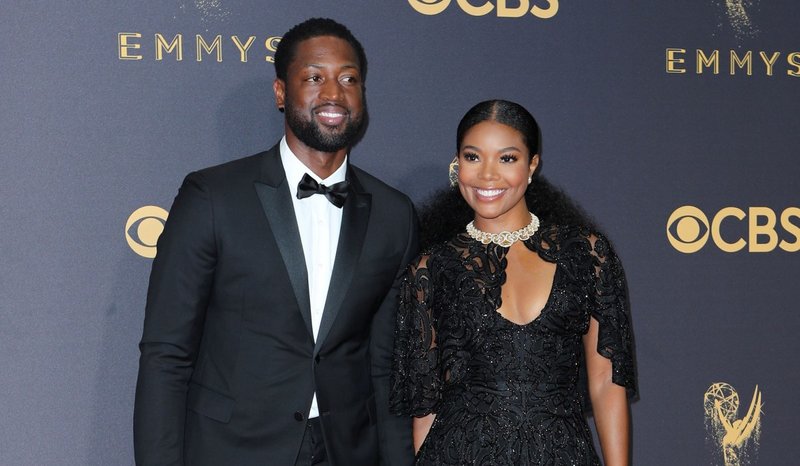 Dwyane Wade On His Child: ‘She’s Known She Was Transgender Since She Was Three Years Old’ |...

LCDR Joshua Gillespie
Edited 2 y ago
Posted 2 y ago
This shouldn't be a "difficult" subject to approach, but because being insulting or derisive isn't my goal here, I'll tread carefully. If you're looking for a "short and sweet" answer...I'm apt to disappoint. My answer to most, if not all questions regarding sexual identity and preference is this...we are not born "straight", "gay", or "trans" ; we're born with genes, hormones, and a very malleable and impressionable mind.

Science and society is still struggling to understand the complex meaning of chromosomes; what various karotypes such as "46, XY" mean in terms of gender, and the associated issues connected to it throughout life. My own sense of it is that in the same way innocent children are sometimes born with debilitating or disfiguring illnesses, so too are they sometimes born with conditions that raise challenging questions and choices for their families, and themselves, later in development. Words such as "fair", "normal", etc. may be sought for in vain. Again, for me personally...this in no way changes the moral and spiritual impact of those choices. Ultimately, what I fear most about this issue, is that society is "pushing" an immoral choice which impacts far more people than the numbers who may actually suffer from genuine issues developed within the womb.

I've been attracted to females since before the first grade. Granted, that attraction took a different form at five than it did at fifteen...and has continued to evolve as I passed twenty-five, and thirty-five. Suffice it to say however, that I've never had a physical attraction to another male. Despite this, at a very, very early age...I too occasionally wondered what it would be like to be a girl; not at all unusual given that I had a sister very close to me in age, always tended to get along more easily with girls, and curiosity coupled with limited experience created a myriad of questions in my forming mind. I seem to recall once as a toddler, that my sister and I exchanged clothes in an attempt to fool our parents...which obviously led to a comedic, and innocuous incident since we couldn't have been more different. Had my parents reacted as many might today, as opposed to four decades ago...who's to say if that experience may not have precipitated a much more serious outcome?

Add to this the readily apparent fact that many 'trans' people are indeed genetically, visibly, and functionally of one gender or the other...and we cannot escape the fact that psychology, as much if not more than genetics, plays a role. Going back to my earlier statement, the hormones we're born with generate an instinctive "sex drive"; but it is entirely possible that what focuses our preferences, whether that be as mundane as "tall" vs. "short", "blonde" vs. "brunette"...or literally whether it be for male or female...may be in fact "learned" behavior, at least at some level. In an environment where experimentation and divergence is not only permitted...but encouraged, perhaps it has an even deeper and more resilient influence.

As a Christian, it is this "learned" behavior that concerns me most; a passage in Matthew 19:12, and another in Isaiah 56, seem to provide some faith-based answers regarding the rest. The secular mind will disregard this...but for the Believer, who accepts that mankind's natural state is "sinful"...the notion that we can be "pushed", involuntarily, or voluntarily, towards immorality, should have importance. I would not, as a parent, expose my young child to behavior that may re-enforce immoral choices; and I most certainly would not encourage or permit my child to make irreversible choices based on those behaviors.

To those who through personal experience or direct knowledge of that of others, suggest my logic and beliefs are flawed...I say this: open your heart, as well as your mind. There are no "easy" answers, only truths...and not all truths are wholly known. For some, it is the question of sexual identity and/or preference...for others, the impact of prior relationships on current commitments, or the balance between wants, needs, and obligations. I believe we are all "sinful", and all equally entitled to freedom from sin. I also believe the path to that freedom must be sought after in order to be found.
(4)
Comment
(0)

Sgt (Join to see)
2 y
Simply, in the beginning, God created male and female and told them to multiply. That was and is the plan of the Creator. Anyone adverse to this, is adverse to the plan of the creator though they might not realize this. It always brings sadness.
(1)
Reply
(0)

LCDR Joshua Gillespie
2 y
Sgt (Join to see) - Simply stated, I agree. The "problem", in my very humble opinion; is that as Christians who believe ardently in these truths, we have two choices: ignore what's going on in the world around us and isolate ourselves inside of our faith...or try to reach the world around us in language and logic that builds a bridge between our faith and facts they can accept.
(0)
Reply
(0)

Sgt (Join to see)
Posted 2 y ago
Col Joseph Lenertz - This young boy is in for a tumultuous life depending on the decisions he makes for himself... Psychological counseling may help, but it will be a long process... I do not envy the parents nor their son...
(3)
Comment
(0)

1SG (Join to see)
Posted 2 y ago
Sounds like the child has loving and supportive parents.
(2)
Comment
(0)
Show More Comments
Read This Next
RallyPoint Home