Extension of military drills ramps up concerns of Russian invasion

PO1 William "Chip" Nagel
205
5
2
3
3
0
The extension of joint military drills between Russia and Belarus is ramping up concerns of a potential Russian invasion of Ukraine, with top U.S. officials warning on Sunday that an incursion is likely to occur.

Secretary of State Antony Blinken told CNN’s “State of the Union” that the continuation of the exercises is making him more concerned about a potential Russian invasion.

He said the development illustrates that the “playbook” he laid out at the United Nations Security Council meeting last week regarding Russia generating provocations to justify aggression against Ukraine “is going forward.”

During an appearance on NBC’s “Meet the Press,” Blinken also said that the military exercises are being extended because of “alleged tension in Eastern Ukraine” that is “being created by Russia and its proxies there.” 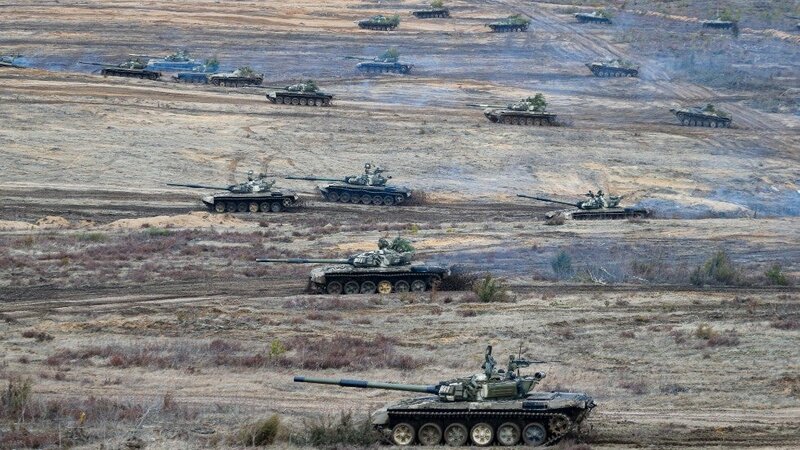 Extension of military drills ramps up concerns of Russian invasion

SGT (Join to see)
Posted 6 mo ago
PO1 William "Chip" Nagel
..."Asked about the extension on CBS's "Face the Nation," NATO Secretary-General Jens Stoltenberg said that “we have implemented significant reinforcements of NATO already," emphasizing that such increases were made after the Cold War and when Russia annexed Crimea in 2014.

He then argued that that the international community is now seeing “a new normal in European security" that involves "Russia being willing to contest fundamental values for our security by the use of force and also by the threat of use of force.”

Moscow, however, is defending its latest moves. Russian Ambassador to the U.S. Anatoly Antonov told CBS “we have our legitimate right to have our troops where we want on Russian territory.” He likened the situation to the U.S. having military bases in a number of countries.

The heightened concerns also come amid new reporting from CBS News. The network reported on Sunday morning that U.S. intelligence has information that says Russian troops have been ordered to proceed with the invasion.

If Russia launches an invasion, Defense Secretary Lloyd Austin said that Ukraine “could see a significant amount of combat power move very quickly now to take Kyiv” if Russia launches an invasion. He pointed to tanks, armored vehicles, rocket forces and “a lot of artillery,” calling the situation “potentially very, very dangerous.” The Pentagon chief also said on ABC's "This Week" that it is “highly likely” tanks will start moving into Kyiv."...
(1)
Comment
(0)