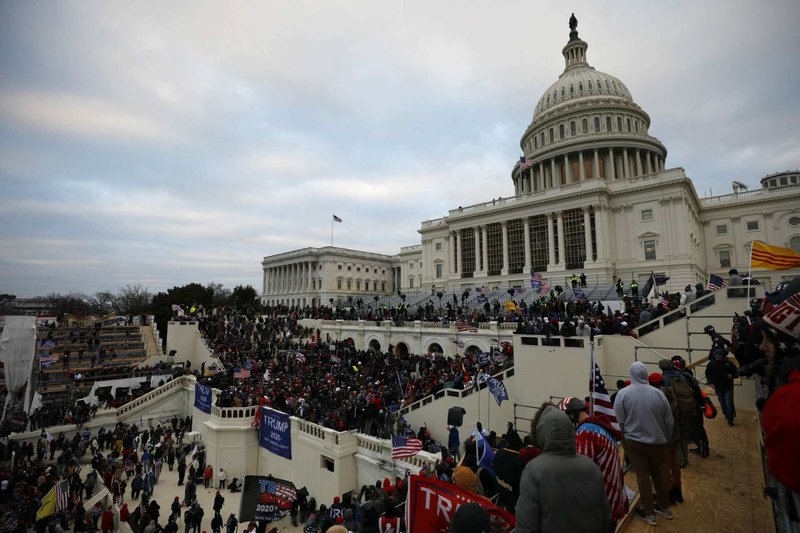 Posted from americanmilitarynews.com
Posted in these groups:

SPC Nancy Greene
Posted 5 mo ago
SGT (Join to see) now that the real details are coming to light, my question is why did Pelosi deny Capital Police assistance and equipment when there was internet information regarding January 6th at least a week prior to the incident
(6)
Comment
(0)

SGM Robert Murray
5 mo
Lt Col Charlie Brown The "headline" was a "clickbait." The first paragraph of the article says this:
The Federal Bureau of Investigation (FBI) has found that the January 6 storming of the United States Capitol was not organized by pro-Donald Trump groups as part of a plot to overturn the results of the 2020 presidential election, four current and former law enforcement officials said, according to Reuters on Friday.

Makes the statement true and probably "correct." Now, if someone is of "simple mind," they will treat the article as an "absolute" defense of what happened on January 6th. Shows how ignorant they are.

I won't go into details cause it's a waste of time to most pro past administration zealots. What I will say is January 6th was a modern day analogous version of the "Trojan Horse." If people don't get it, they are not well read. Period.
(1)
Reply
(0)

Capt Gregory Prickett
Posted 5 mo ago
And yet four from pro-Trump groups have already been convicted of conspiracy for organizing the insurrection...
(5)
Comment
(0)

Lt Col Charlie Brown
Posted 5 mo ago
Of course this won't make any difference to most of the mainstream media or the determined leftists.
(4)
Comment
(0)
Show More Comments
Read This Next
RallyPoint Home