PO1 William "Chip" Nagel
542
4
1
3
3
0
On midday Thursday, Navy officials declared all known fires aboard USS Bonhomme Richard (LHD-6) had been extinguished after more than four days of battling the blaze that was sparked on Sunday.

“Now that things are starting to cool off, we can go and actually assess… what the real issues are,” Rear Admiral Philip Sobeck, the commander of Expeditionary Strike Group 3, told reporters on Thursday at Naval Base San Diego. Crews were going “space by space,” as areas cooled to check for hot spots.

“It’s in stable condition, all the way through,” Sobeck said. “The deck underneath is secure, so there’s no issue… The ship can be repaired.”

On Thursday afternoon, just a little smoke emanated from Bonhomme Richard as sailors worked to stabilize the ship after the fire. The hundreds of thousands of gallons of water pumped to fight the blazes caused the ship to list to starboard and then to port, Sobeck said. He added that dewatering work was helping keep the ship stable. 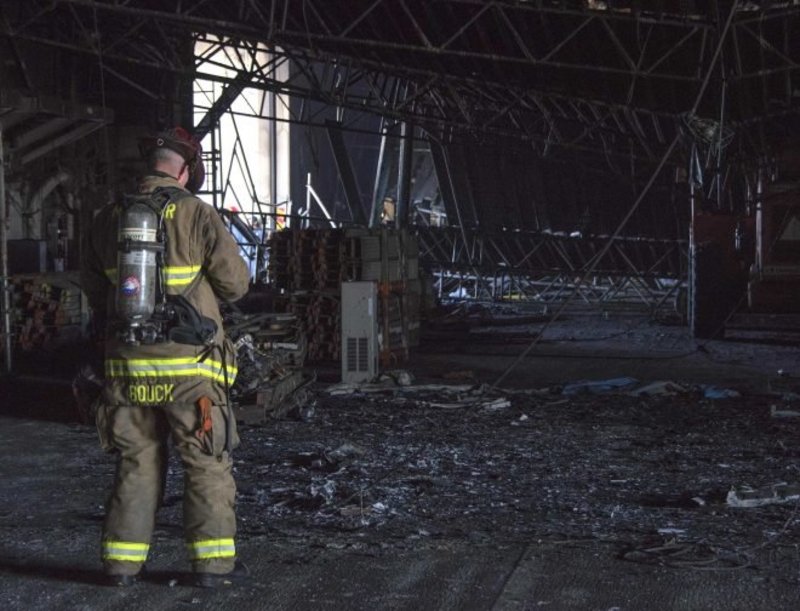 Posted from news.usni.org
Posted in these groups:

SGT David A. 'Cowboy' Groth
Posted 1 y ago
Thank you for the share shipmate.
(1)
Comment
(0)
Read This Next
RallyPoint Home