SFC Joe S. Davis Jr., MSM, DSL
1.17K
8
3
3
3
0
On Thursday thousands at Fort Hood mourned nine fallen soldiers who died in a flash flood during a convoy training exercise June 2.
A memorial service for eight of the soldiers — the ninth was a cadet whose had a service at West Point last week — packed a chapel that holds 1,500. That capacity proved insufficient according to a Fort Hood press release; overflow watched the ceremony live-streamed at Howze Theater, the Phantom Warrior Center, and chapel conference rooms on the Texas base.
Among those in attendance were Army Secretary Eric Fanning, Army Chief of Staff Gen. Mark Milley, and Sgt. Maj. of the Army Dan Dailey.
Several soldiers gave tributes, including F Company commander Capt. Andrew Garland of 3rd Battalion, 16th Field Artillery Regiment, 2nd Armored Brigade Combat Team, 1st Cavalry Division. All eight active-duty soldiers were from that unit.
"All nine of these soldiers had the fortitude and endurance to accept and conquer the challenges the Army gave them each and every day,” Garland said. “They never gave up.
“In closing, to honor their memories,” he added. “I am encouraging you all to embrace that concept: As we move forward, inspire yourselves with their memories and dedication to our unit and our nation. We will never give up.”
Also paying tribute were platoon leader 1st Lt. Johnnie Kaapuwai and Sgt. Jordan Singh, the ammunition noncommissioned officer-in-charge.
After a benediction by the chaplain of 3-16, Capt. Anthony Turpin, a solemn final roll call was conducted, with nine names missing an answer, and taps was played.
The soldiers died after a 2.5-ton troop carrier was washed away with a dozen soldiers in it as it attempted to cross a low-water crossing during a flash flood. The Army is investigating the incident. 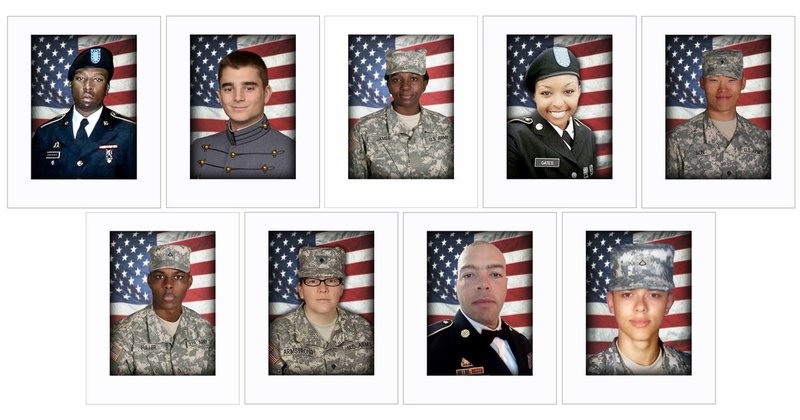 LTC Stephen F.
Posted 4 y ago
Thanks for showing the graphic image of those who drowned in the Fort Hood training accident SFC Joe S. Davis Jr., MSM, DSL.
Seeing the picture of the USMA cadet reminds me of a USMA cadet who died within weeks of graduating with my class on May 28, 1980. My friend Reggie Johnson drowned on the land navigation component of the annual Sandhurst Competition which pits representatives from ROTC against service academy teams in a variety of military competitions. My friend slipped on a rock and drowned in a small but swiftly running stream. That evening taps was played by a lone bugler with the strains echoing up and down the plain at West Point.
SGM David W. Carr LOM, DMSM MP SGT
(1)
Comment
(0)
Read This Next
RallyPoint Home