The producer warned: Fox cannot let host Jeanine Pirro back on the air. She is pulling conspiracy theories from dark corners of the Web to justify then-President Donald Trump's lies that the election had been stolen from him. The existence of the email, confirmed by two people with direct knowledge of it, is first publicly disclosed by NPR in this story. Fox News declined comment.

Pirro was far from alone in broadcasting such false claims. In the weeks that followed Election Day 2020, other prominent Fox stars, commentators and their guests heavily promoted them.

A repeat target was Dominion Voting Systems, the election machine and technology company. Trump and his allies alleged on Fox that Dominion was engaged in a conscious effort to throw the 2020 race to Joe Biden. They implied and falsely asserted on Fox programs that Dominion's machines and software either discarded Trump's votes or transferred them to Biden. Dominion argues their false claims were frequently egged on by Fox's own stars. 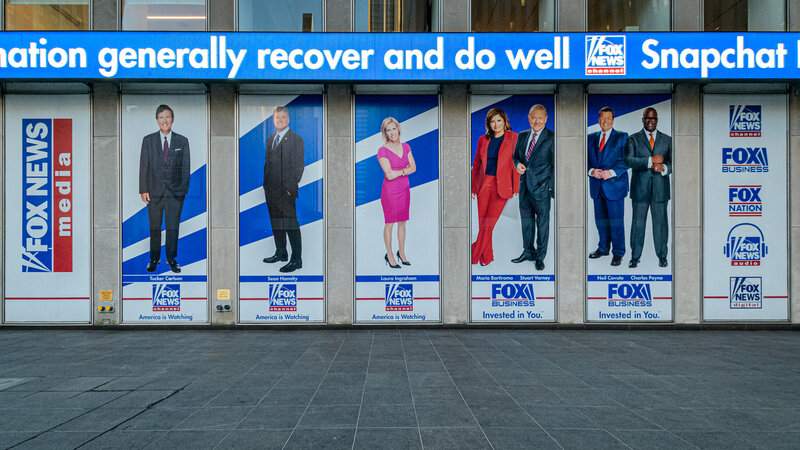 SGT (Join to see)
Posted 5 mo ago
They put the nose around their own neck and hand on the lever.
(3)
Comment
(0)

SFC David Reid, M.S, PHR, SHRM-CP, DTM
Posted 5 mo ago
Things seem more volatal as ever. That's why I had to turn away from.them, because of their toxic comments and opinions.
(2)
Comment
(0)

SGT (Join to see)
Posted 5 mo ago
PO1 William "Chip" Nagel
..."Election lies fueled the deadly Jan. 6, 2021 attack on the U.S. Capitol
Many observers have tied the lies about election fraud to the overheated rhetoric that fueled the siege of the U.S. Capitol building on January 6, 2021, an effort to block the certification of Biden’s victory. Lachlan Murdoch has sued the Australian political news site Crikey over drawing just that connection to Fox and the Murdochs. Press freedoms in that country are not as robust as they are here; defamation claims have historically proven far easier to prove there. Crikey’s top editor says he welcomes the suit as a way to test Australia’s defamation laws.

Former Australian Prime Minister Malcolm Turnbull argues that Rupert Murdoch, through Fox News, has done more to undermine American democracy than any other individual alive today. "The biggest challenge to the United States is not Xi Jinping or Vladimir Putin. It's the animosity, the division, the anti-democratic movements within the United States itself," Turnbull told NPR's Ari Shapiro on All Things Considered. "Fox News is not the only source of this madness, but it is by far the single most influential one." In reply, Fox Corp spokesman Brian Nick points to Fox News's dominant ratings among cable news channels, and the network's strong appeal to Democrats and independent voters, as well as Republicans."
(1)
Comment
(0)
Read This Next
RallyPoint Home