PO1 William "Chip" Nagel
417
5
4
4
4
0
Governor Brian Kemp signed House Bill 479 on Monday and noted after the signing that the move makes Georgia the first state in the country to repeal its citizen’s arrest statute.

Mr Arbery, a Black man, was 25-years-old when he was pursued and eventually fatally shot while he was out for a jog in a neighborhood near Brunswick just over a year ago.

Greg McMichael and his adult son, Travis McMichael, who are both white, pursued Arbery, suspecting he was a burglar. Travis McMichael shot Mr Arbery while supposedly fearing for his life as they grappled over a shotgun, the McMichaels’ defence lawyers say.

Video footage of the incident filmed by a third man involved in the chase, William “Roddie” Bryan, who is also white, showed Travis McMichael shooting Mr Arbery three times at close range with a shotgun.

“I think the signing of this bill will make people think before they take action into their own hands,” Wanda Cooper-Jones, the mother of Mr Arbery, said upon signing of the bill, according to the Associated Press. 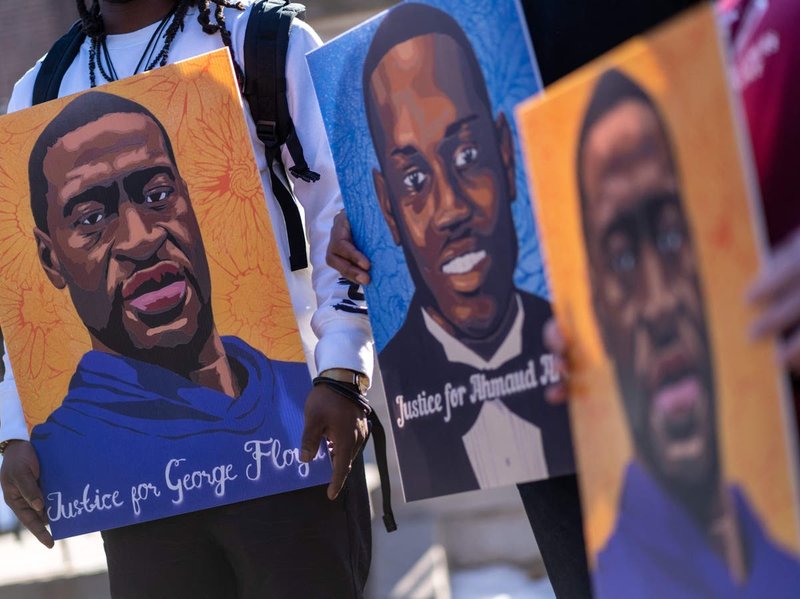 Posted from independent.co.uk
Posted in these groups: State of Georgia

This means that someone can rape a woman, walk away, and someone who witnessed the crime cannot detain that individual once the crime is no longer in progress.

Note, I haven't read the full text of the law but am just going by what the article spells out. You can act to prevent a felony such as rape but once the crime is done that would be a citizens arrest and even if you saw the man climb off a severely beaten woman and walk away you are not legally allowed to detain them.

That isn't a good thing. It gives more rights to criminals than victims. A disturbing position that is being encouraged in many places.
(1)
Comment
(0)

SPC Cathy Goessman
>1 y
Record a man in a hoodie who won't show his face while he runs off? Yeah, that will be very helpful. He'll rape again or move on to murder.
(0)
Reply
(0)

SR Kenneth Beck
Posted >1 y ago
Under California Penal Code 837 PC, a private person is authorized to make a citizen’s arrest in California when the perpetrator commits a misdemeanor in a citizen’s presence or commits a felony and a citizen has reasonable cause to believe the perpetrator committed it. Georgia is not the only state to have "citizen's arrest" or the ability to detain some one.
I don’t advocate shooting someone. Trespassing is not a capital offense. He was viewed on video, inside a private home under construction.
(0)
Comment
(0)
Read This Next
RallyPoint Home