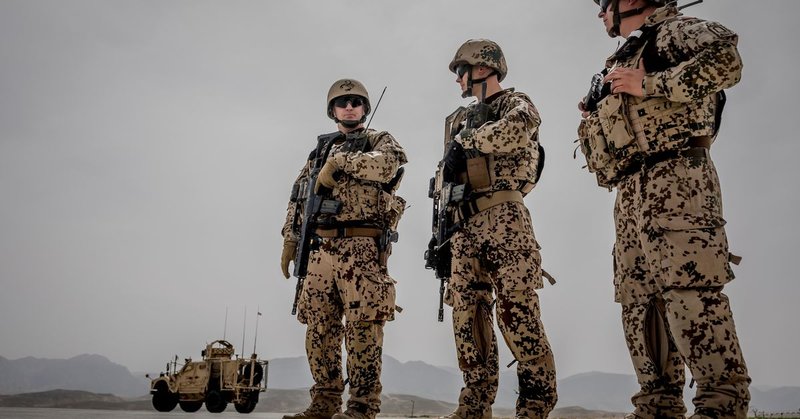 Posted from reuters.com
Posted in these groups:

CW2 Michael Bodnar
Posted 1 y ago
Yep, and we aren't too far behind. I am actually happy and bummed at the same time that we're pulling out. Not sure how I feel about it but I also feel that we'll never actually totally leave that place. Only time will tell.
(3)
Comment
(0)

SGT (Join to see)
Posted 1 y ago
PO1 William "Chip" Nagel
"Our last troops left Afghanistan this night after almost 20 years and are on their way home," German Defence Minister Annegret Kramp-Karrenbauer said in a statement.

"This is the end of a historic chapter, of an intensive mission which has tested the Bundeswehr and in which the Bundeswehr has proven itself in combat."

It was in Afghanistan that Germany's military fought the first ground battles since the end of World War 2.

U.S. President Joe Biden and NATO announced in mid-April that they would pull out the roughly 10,000 foreign troops still in Afghanistan at the time by Sept. 11, the 20th anniversary of the attacks on the World Trade Center in New York that prompted the mission.

Over the last years, Germany had the second largest contingent of troops after the United States in Afghanistan, with around 150,000 soldiers deployed over the past two decades, many of them serving more than one tour in the country.

Fifty-nine German soldiers died in Afghanistan, 35 of them killed in combat or as a result of militant attacks, making it Germany's deadliest military mission since World War 2.

Wrapping up the operation, Germany said it would have to redeploy the equivalent of around 800 containers of equipment such as armoured vehicles, helicopters, weapons and ammunition as the drawdown began.

The multinational camp in northern Mazar-i-Sharif led by Germany had been reinforced with troops and mortars, ramping up security for the duration of the withdrawal to guard the base against attacks by the Taliban.

The Taliban severely curtailed women's and other human rights during their reign in Afghanistan from 1996 to 2001, when they were ousted by U.S.-led forces. Since then they have waged a long-running insurgency and now control wide swathes of territory.
(2)
Comment
(0)

SSG John Oliver
Posted 1 y ago
I served with them in Asscrackastan, solid guys
(1)
Comment
(0)