Germantown was founded by German settlers, thirteen Quaker and Mennonite families from Krefeld (Germany),[1][2] in 1681. Today the founding day of Germantown on October 6, 1683, is remembered as German-American Day, a holiday in the United States, observed annually on October 6.

On August 12, 1689, William Penn at London signed a charter constituting some of the inhabitants a corporation by the name of "the bailiff, burgesses and commonalty of Germantown, in the county of Philadelphia, in the province of Pennsylvania." Francis Daniel Pastorius was the first bailiff. Jacob Telner, Derick Isacks op den Graeff and his brother Abraham Isacks op den Graeff, Reynier Tyson, and Tennis Coender were burgesses, besides six committeemen. They had authority to hold "the general court of the corporation of Germantowne," to make laws for the government of the settlement, and to hold a court of record. This court went into operation in 1690, and continued its services for sixteen years. Sometimes, to distinguish Germantown from the upper portion of German township, outside the borough, the township portion was called Upper Germantown.

In 1688, five years after its founding, Germantown became the birthplace of the anti-slavery movement in America. Pastorius, Gerret Hendericks, Derick Updegraeff and Abraham Updengraef gathered at Thones Kunders's house and wrote a two-page condemnation of slavery and sent it to the governing bodies of their Quaker church, the Society of Friends. The petition was mainly based upon the Bible's Golden Rule, "Do unto others as you would have them do unto you." Though the Quaker establishment took no immediate action, the The 1688 Germantown Quaker Petition Against Slavery, was an unusually early, clear and forceful argument against slavery and initiated the process of banning slavery in the Society of Friends (1776) and Pennsylvania (1780). ( Germantown, Philadelphia, Pennsylvania ).

German-American Day is a holiday in the United States, observed annually on October 6. The holiday, which celebrates German American heritage, commemorates the date in 1683 when 13 German families from Krefeld near the Rhine landed in Philadelphia. These families subsequently founded Germantown, Pennsylvania, the first German settlement in the original thirteen American colonies.[1] Originally celebrated in the nineteenth century, German-American Day died out in World War I as a result of the anti-German sentiment that prevailed at the time. The holiday was revived in 1983." 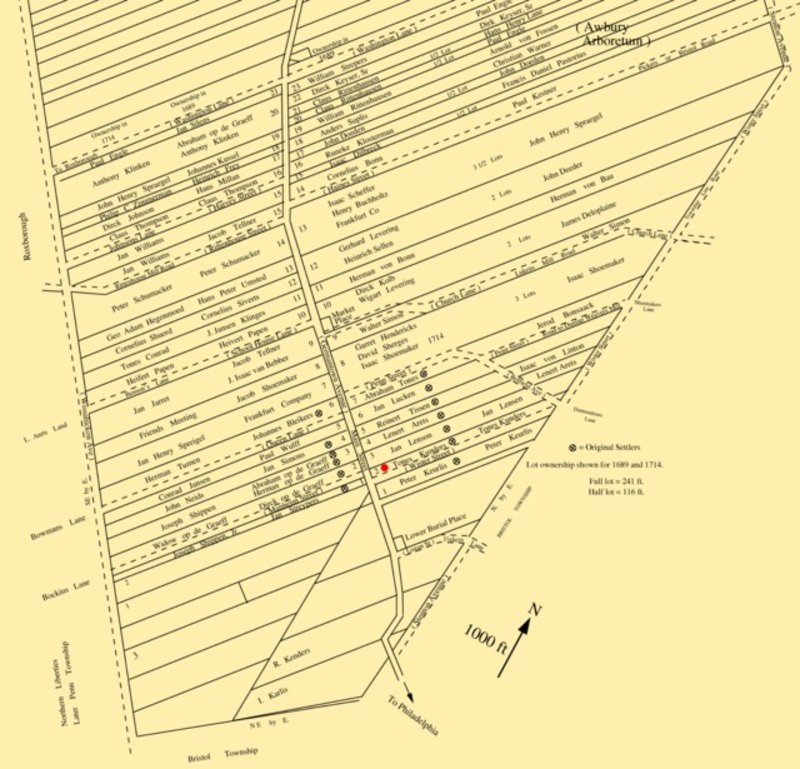 Posted from geni.com
Posted in these groups:

SGT (Join to see) thanks for the historical share/read.

Lt Col Charlie Brown
Posted >1 y ago
We had all sorts of ethnic settlements or neighborhoods within towns and cities.
(5)
Comment
(0)