HMS Queen Elizabeth: Why is a UK aircraft carrier going on a world tour?

PO1 William "Chip" Nagel
194
5
2
3
3
0
Britain is about to embark on a world tour - in the shape of the Royal Navy's aircraft carrier HMS Queen Elizabeth, accompanied by a fleet of warships.

The Royal Navy says it will be the most powerful UK naval deployment in a generation.

The government sees the fleet, named the Carrier Strike Group, as a potent symbol of "Global Britain" - and as proof of Boris Johnson's promise to restore the Royal Navy as Europe's foremost naval power and end what he called an "era of retreat".

The prime minister spent this morning on board HMS Queen Elizabeth in Portsmouth naval base, ahead of its maiden operational deployment.

But is this world tour more than a symbol of national virility or a flag-waving exercise?

And what's the point of sailing halfway across the world?

Over the next 28 weeks the Carrier Strike Group will cover 26,000 miles - further than the distance around the world at the equator. 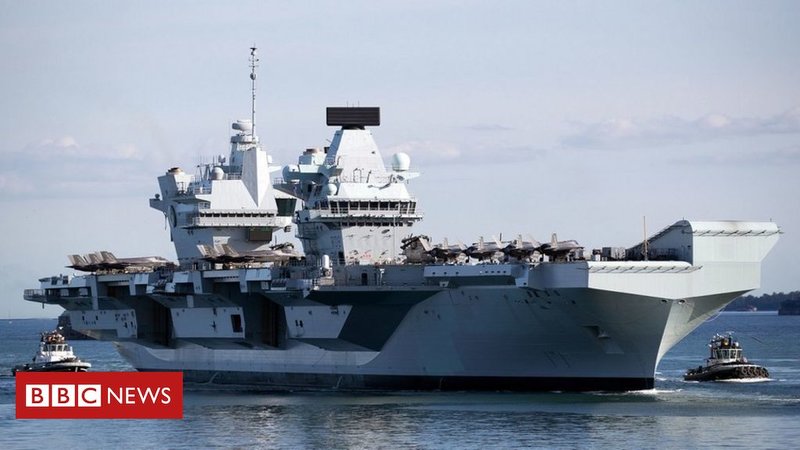 HMS Queen Elizabeth: Why is a UK aircraft carrier going on a world tour?

SGT (Join to see)
Posted 5 mo ago
PO1 William "Chip" Nagel
..."HMS Queen Elizabeth will first sail into the Mediterranean. From there, she is planning to launch her F-35 jets to conduct airstrikes over Iraq against the group known as Islamic State.

It would be the carrier's first combat operation - even though the RAF has been doing the same mission for the past seven years from its land base on Cyprus.

Perhaps more controversial is the decision to then go east. The strike group will sail through the Suez Canal, out to the Indian Ocean and on to the Philippine Sea.

HMS Queen Elizabeth is scheduled to make a number of port stops along way - including Oman, Singapore, South Korea and Japan.

Like the US, Britain is responding to the rise of China. But unlike America, Britain has less influence and fewer resources to match.

For UK foreign policy it means a more modest "tilt" to Asia rather than the US "pivot". "...
(1)
Comment
(0)
Read This Next
RallyPoint Home