PO1 William "Chip" Nagel
429
26
5
9
9
0
In a new experiment involving an abundance of laser beams and tiny hydrogen fuel pellets, physicists initiated powerful and unprecedented nuclear fusion, releasing the greatest amount of energy ever achieved for their lab and bringing scientists one step closer to the goal of “ignition,” which researchers hope could set off a new era of clean energy technology. 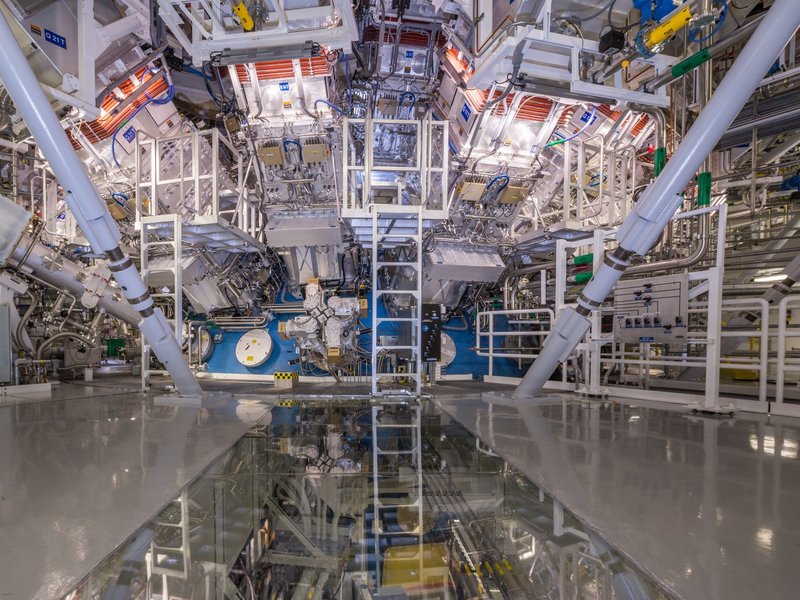 Posted from popsci.com
Posted in these groups:

SFC (Join to see)
Posted 5 mo ago
PO1 William "Chip" Nagel thanks for the most informative read and share.
(7)
Comment
(0)

SGT (Join to see)
Posted 5 mo ago
PO1 William "Chip" Nagel
..."Fusion, the main reaction that powers stars, occurs when two atoms fuse their nuclei together, releasing an outburst of energy in the process. In labs, physicists can channel an immense amount of energy through laser beams to trigger fusion, but it takes much more energy than what you get out of it—hardly a viable energy generator. For nuclear scientists, the ultimate goal is ignition, when energy from fusion surpasses the energy fed into the process.

Physicists at the National Ignition Facility (NIF) at the Lawrence Livermore National Laboratory in California focused 192 laser beams on a tiny fuel pellet of heavy hydrogen (deuterium and tritium) about the size of a peppercorn. The fusion they triggered released 1.35 megajoules of energy, about 70 percent of the energy inputted. This is the highest yield the lab has ever achieved so far, eight times greater than NIF’s previous record set in the spring, and 25 times greater than experiments from just three years ago.

“Demonstration of ignition has been a major scientific grand challenge since the idea was first published almost 50 years ago,” said Imperial College London physicist Jeremy Chittenden in a statement.

Nuclear scientists from the university are helping to analyze the NIF data. He added that experiments like these will not only open up the possibility for fusion as a mass energy source, but allow physicists “to probe the conditions in some of the most extreme states in the Universe, including those just minutes after the Big Bang.”...
(3)
Comment
(0)

CPL Adam Schoenwald
Posted 5 mo ago
That is so cool! Looks like a pre-warp core reactor outta the star trek universe.
(3)
Comment
(0)

CPL Adam Schoenwald
5 mo
PO1 William "Chip" Nagel - Oh I would too, but I can't help but ask about the safety issues surrounding it. With that much energy stored what would be the repercussion of it having a "melt down" of sorts or a target for attack?
(2)
Reply
(0)
Read This Next
RallyPoint Home