Twenty-four KC-46A aircraft will replace the legacy aircraft currently at each of those bases.

“Joint Base McGuire Dix Lakehurst and Travis AFB were chosen as the next two active-duty-led KC-46A bases because they meet all operational mission requirements at the best value for the Air Force and the American taxpayer and support our tanker recapitalization strategy," said Air Force Secretary Deborah Lee James. "It is absolutely essential that we continue investing in the next generation of tanker aircraft so we have the aircraft necessary to maintain the nation's global reach for years to come."

Fairchild AFB, Washington, and Grand Forks AFB, North Dakota, will be considered as reasonable alternatives during the environmental impact analysis process which is required before a final basing decision is made.

At this time, the Air Force is planning to divest the legacy tankers after growing the tanker fleet to meet its 479 tanker requirement. The timeline is dependent on the KC-46A delivery schedule, but it is not anticipated to reach sufficient KC-46A fleet size and begin legacy divestment at the first location until 2019.

“The KC-46 will afford combatant commanders extended refueling capabilities, improved global reach, and enable timely joint-service response to humanitarian crises and contingency operations around the world,” said Air Force Chief of Staff Gen. David L. Goldfein. “In fact in the fight against (the Islamic State of Iraq and the Levant), the Air Force and joint and coalition partners depend on gas from our tankers. In 2016, the coalition flew over 13,600 tanker sorties, fueling aircraft nearly 80,000 times, delivering about 800-million pounds of fuel.” 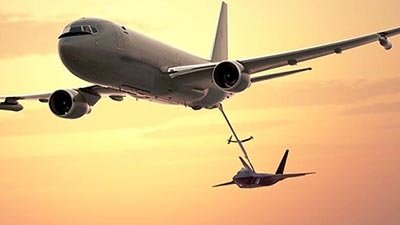