TSgt Joe C.
889
10
6
6
6
0
Gerald Peter Remy, commonly known as Jerry Remy, (born November 8, 1952) is an American Major League Baseball broadcaster and former Major League Baseball second baseman. Remy grew up in Somerset, Massachusetts. An all-star second baseman originally drafted by the California Angels in 1971, he was traded to his hometown Boston Red Sox in 1977. After a series of injuries forced his retirement in 1985, he took up a career in broadcasting. In 1988 he joined NESN as a color commentator for Red Sox broadcasts, a job he has held continuously (except for some time off for health problems) since then.

Early life
Remy was born in Fall River, Massachusetts, on November 8, 1952, and grew up in nearby Somerset, Massachusetts.[1] He attended Somerset High School and Roger Williams University in Bristol, Rhode Island.[2] He is of French Canadian descent.[3]

Playing career
Remy was selected by the Washington Senators in the 19th round of the 1970 MLB draft, but he did not sign. He was then selected in the 8th round of the January supplemental phase of the 1971 MLB draft (129th overall) by the California Angels, and signed with the team.[4]

Minor leagues
Remy played four seasons in the Angels' farm system: 1971 with the rookie league Magic Valley Cowboys, 1972 with the Class A Stockton Ports, 1973 with the Class A Quad City Angels, and 1974 with Double-A El Paso Diablos and the Triple-A Salt Lake City Angels. Overall, Remy appeared in 421 games in Minor League Baseball, batting .275 with 12 home runs and 152 RBIs.

California Angels
Remy made his major league debut with the Angels on April 7, 1975, hitting a single off of Steve Busby of the Kansas City Royals in his first at bat, and subsequently being picked off.[5] With the 1975 Angels, Remy played 147 games (145 starts) as the Angels' second baseman, batting .258 with one home run and 46 RBIs. He had 34 stolen bases, but was caught stealing a league-leading 21 times. The following year, his average rose slightly to .263, although with no home runs and 28 RBIs. In 1977, he had a career-high four home runs, along with a .252 average and 44 RBIs; he was named team captain of the Angels in June, becoming only the second captain in the team's history.[6]

Overall, in three seasons with the Angels, Remy played in 444 games, batting .258 with five home runs, 118 RBIs, and 110 stolen bases. On December 8, 1977, he was traded to the Boston Red Sox in exchange for pitcher Don Aase and cash considerations.[7]

Boston Red Sox
Remy was the Red Sox' starting second baseman in 1978 and was selected for the MLB All-Star Game, although he did not play in the game.[8] Overall, with the 1978 Red Sox, he batted .278 with 44 RBIs and 30 stolen bases in 148 games. He also had two home runs, the last ones of his career. In the 1978 American League East tie-breaker game against the New York Yankees, Remy was on base in the ninth inning when Carl Yastrzemski made the final out;[9] it was the closest Remy came to the postseason is his MLB career.

Remy continued as Boston's starting second baseman for the next six seasons, although he was often hampered by injuries. In 1979, he played in 80 games and batted .297. In 1980, he batted a career-high .313 but was limited to 63 games; he also appeared in the outfield for the only time in his career, playing the ninth inning in right field during a May loss to the Cleveland Indians.[10] In 1981, Remy played in 88 games while batting .307. On September 3–4, 1981, he accomplished the rare feat of collecting six hits in a game, going 6-for-10 in a 20-inning game against the Seattle Mariners.[11]

During his ten-year MLB career, Remy batted .275 with seven home runs, 329 RBIs, and 208 stolen bases in 1154 games. Defensively, he had a .981 fielding percentage. Bill James, in his Historical Abstract, rated Remy as the 100th greatest second baseman of all time as of 2001.

Post-playing career
Since 1988, Remy has found success in broadcasting, working for the New England Sports Network (NESN), as the regular color commentator for NESN's Red Sox broadcasts. From 2001 through the end of the 2015 season, Remy teamed with play-by-play announcer Don Orsillo; since the 2016 season, Remy has worked with Dave O'Brien. Remy and Orsillo won four New England Emmy awards,[15] and Remy was voted Massachusetts' favorite sports announcer in 2004 by Sports Illustrated.[16] NESN and the Red Sox celebrated Jerry Remy Day at Fenway Park on June 24, 2008, in honor of Remy's 20 years of service for the network.[17] He also runs a web site, The Remy Report.[18]

Remy owns a hot dog stand, "RemDawg's", located just outside Fenway Park, as well as Jerry Remy's Sports Bar & Grill in Terminal C of Logan International Airport[19] since 2008. There were three other Bar & Grill locations: one behind Fenway Park on Boylston Street that opened March 9, 2010, which was reported closed in March 2015,[20] and subsequently became a Tony C’s Sports Bar & Grill (named after another former Red Sox player, Tony Conigliaro);[21] a second in the Seaport District of South Boston, which in December 2016 also became a Tony C’s Sports Bar & Grill;[22] and a third in Remy's hometown of Fall River that opened in October 2012, which in March 2018, The Herald News of Fall River reported would be closed.[23]

Books
Remy is author of the books Watching Baseball and Jerry Remy's Red Sox Heroes, both co-authored with Corey Sandler, and several children's books about Red Sox mascot Wally the Green Monster, which began as an idea based on Remy's stories about Wally during Red Sox games.

Health
In November 2008, Remy had surgery to remove a "very small, low-grade cancerous area" from his lung, most likely a result of years of smoking cigarettes.[27] During his recovery from the surgery, he suffered from an infection as well as a bout of pneumonia. Due to fatigue and depression, Remy took an indefinite leave of absence from his broadcast duties for NESN, starting April 30, 2009.[28]

On August 12, 2009, Remy went to Fenway Park and attended Red Sox manager Terry Francona's pre-game press conference. He told both NESN and The Boston Globe that he had every intention of returning to broadcasting Red Sox games during the remainder of the 2009 season. He entered the NESN's broadcast booth during the top of the second inning during the night's game to speak with broadcasters Don Orsillo and Dennis Eckersley. It was the first time he had been in the booth since he took his leave of absence in April. In between the top and the bottom of the second inning, Remy, still in the booth, was shown on Fenway's center field scoreboard display, to which he received a standing ovation from the crowd attending the game. He revealed during the visit that he had suffered from depression following his physical problems of 2008 and that he was receiving therapy.[29] On August 19, 2009, Remy released a statement announcing his return to commentating on August 21, 2009, against the New York Yankees. Remy stated that he would likely skip some road trips. He returned full-time for the 2010 baseball season. In April 2013, Remy announced that he’d suffered a relapse that offseason when cancer was found in a different spot on his lungs during his regular six-month CT scan that January. [30]

Remy took time off starting May 28, 2013, due to a bout of pneumonia. He returned to the booth on June 25, 2013.[31] On August 16, 2013, Remy announced that he would be taking an indefinite leave of absence after his son was arrested for murder. Remy did not return to the broadcast booth until the beginning of the 2014 season. Remy had another leave during the 2016–17 off-season, missing nearly all of 2017 spring training until returning for the last week.

On June 12, 2017, Remy announced that the lung cancer had returned.[32] In January 2018, he announced via Twitter that he had completed treatments at Massachusetts General Hospital.[33] A fourth diagnosis of cancer was announced on August 7, 2018.[34] After undergoing treatments, Remy announced in early November 2018 that he was cancer-free.[35]

Family
Remy and his wife Phoebe have three children, Jared, Jordan, and Jenna.[36] Jared worked for the Red Sox as a security guard, but was fired in 2008 after another guard told the State Police that Jared had sold him steroids.[37] On August 16, 2013, Jared was arrested in the fatal stabbing of his girlfriend, Jennifer Martel, a charge he pleaded guilty to on May 27, 2014. Remy was sentenced to life in state prison without the possibility of parole.[38][39] Jordan was selected by the Red Sox in the 49th Round of the 1999 MLB draft.[40] In 2010, he was charged with indecent assault and battery.[41] Jenna was arrested on July 25, 2013, for disorderly conduct, assault and battery with a dangerous weapon, resisting arrest, wanton malicious defacement, and misdemeanor breaking and entering after she broke into her ex-boyfriend's home.[42] 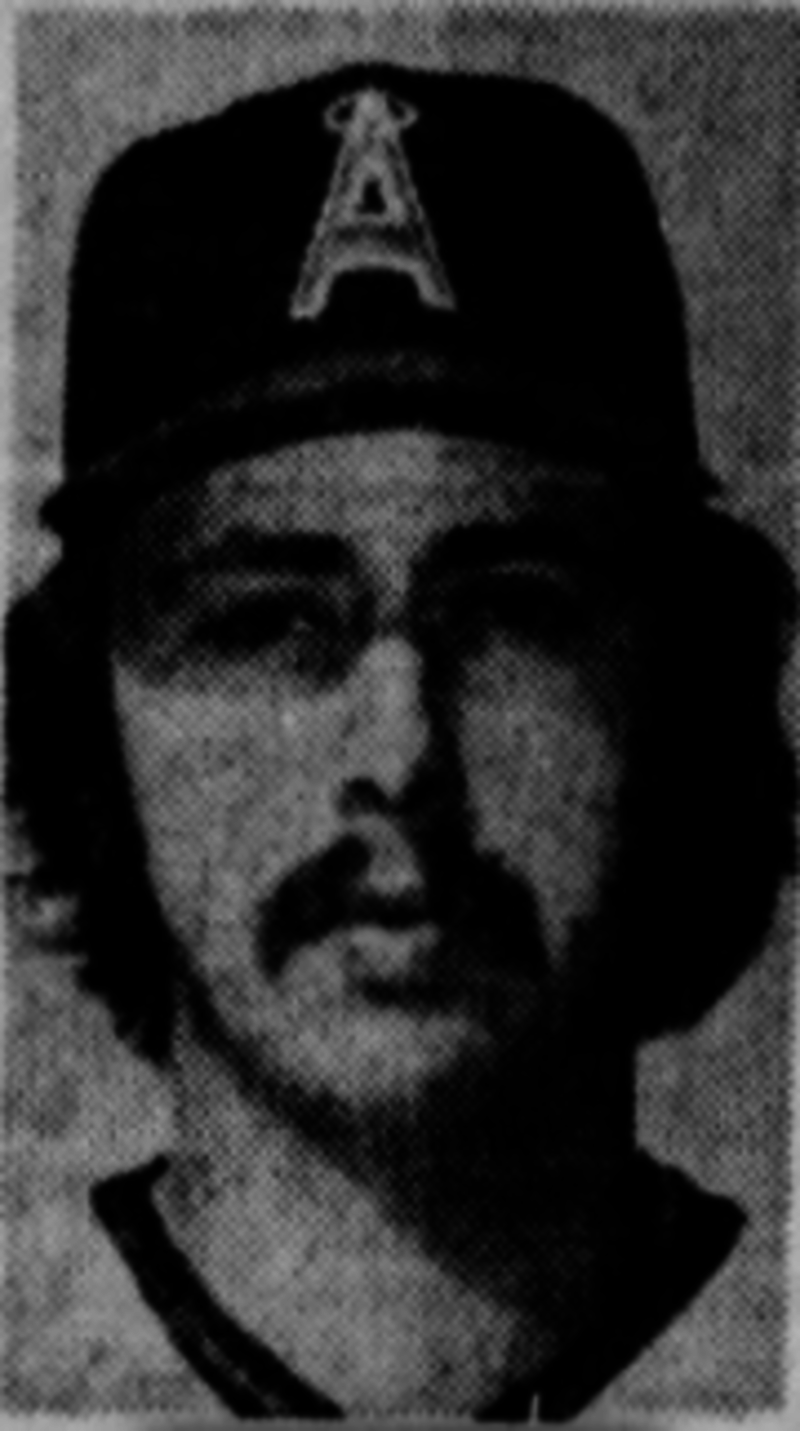 PO1 John Johnson
Posted 2 y ago
Prayers for RemDog. I hope he can make it back to NESN for the RedSox games; I'm sick of hearing Eck whine and tell stupid stories. For that matter, anybody but Eckersley.
(1)
Comment
(0)