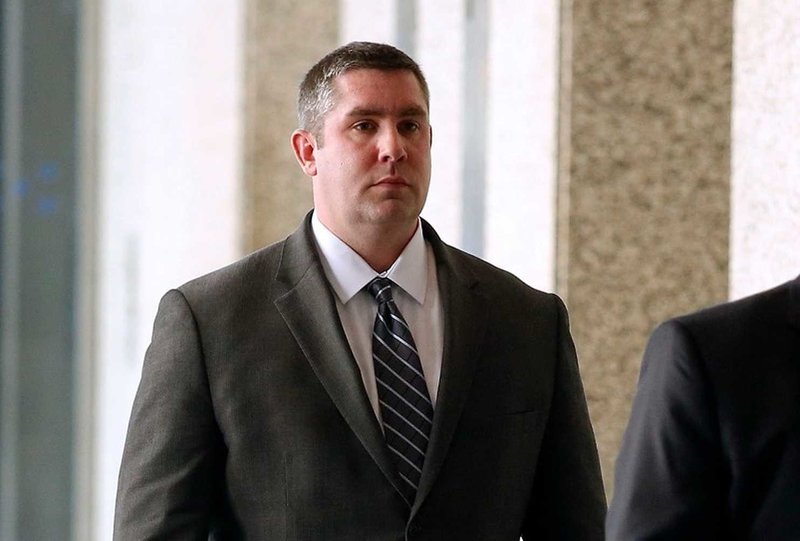 Posted from wapo.st
Posted in these groups:

SSG (Join to see)
Posted 5 y ago
Disgusts me. Good cops are just as bad if they know illegal things are happening but refuse to report other cops.
(6)
Comment
(0)

SPC Erich Guenther
5 y
But your not going to report on other cops if your CPT has a similar history.........are you? Your CPT decides which neighborhoods you patrol and what duty you perform. At what point do those items figure into life expectancy in a City the size of Chicago?
(0)
Reply
(0)

SPC Erich Guenther
5 y
SSG (Join to see) - Recommend you watch the movie SERPICO, it's old but based on a true story of PD Corruption. Now last time I brought this up to a retired cop he just about hit the cieling and went off on a long rant about how that movie took liberties and how this no longer happens today. It does still happen though and all you have to do is look at FBI files for LEO's the FBI has nailed. So be careful about mentioning this movie at work or you will get an earful. SERPICO is a good movie though, the book was probably better but I'm lazy so went for the movie instead. Lead Actor is Al Pacino...........can't go wrong with him.
(0)
Reply
(0)

CW3 Harvey Keck
5 y
SSG Jessica Bautista - "He's still a cop because Chicago? Uh huh..."
There's lots of rotten crap of all kinds that goes on in Chicago; drugs, murder, rape, etc. And you are shocked at this bit of corruption? Yeah, sure.
(2)
Reply
(0)

SSG Jessica Bautista
5 y
I guess I had higher expections than I should have.
(1)
Reply
(0)

CW3 Harvey Keck
5 y
SSG Jessica Bautista - The damn shame of it is that such corruption becomes so commonplace that it becomes the norm.
I speak from the perspective of being born and raised in Jersey City, famous for Mayor Frank "I am the Law" Hague, and "reform" which meant only a new set of thieves would run the government.
(2)
Reply
(0)

SPC Erich Guenther
5 y
Amen, dates to the Capone days and even before that when ethnic gangs ruled the streets.
(1)
Reply
(0)
Show More Comments
Read This Next
RallyPoint Home