When humans build the first bases and habitats on other worlds, they'll confront dangers and challenges unlike any faced by the astronauts who went before them. To prepare for such challenges, scientists are descending deep underground into lava tubes in Hawaii that simulate conditions on rocky alien worlds.

There, mission crew members navigate uneven volcanic terrain and endure the physical constraints of performing research in a hostile environment. Wearing bulky suits like those required for extraterrestrial exploration, the scientists study the geology and organisms found in lava tunnels and caverns at Hawaii's Mauna Loa volcano.

This unique research station at Mauna Loa is run by the International Moon Base Alliance (IMBA), an association working toward developing the first international moon base, according to the IMBA website. It is part of the Hawaii Space Exploration Analog and Simulation (Hi-SEAS), which organizes analog missions for "astronaut" scientists, mimicking the experience of living on Mars and the moon. Director of the Hi-SEAS habitat, Michaela Musilova offered a glimpse of such missions in a March 19 presentation at the 52nd annual Lunar and Planetary Science Conference (LPSC), held virtually this year due to COVID-19.
During Hi-SEAS missions, teams of no more than six crew members live in a lava-dome habitat for weeks or months at a stretch. Though each has a designated role — such as commander, operations officer, crew engineer and science communicator — tasks are often shared among the crew as needed, Musilova told Live Science.

"We usually have multiple crew members that can do similar tasks, and if someone is hurt or tired, there's always someone that can replace them," she explained.
Resources such as food, water and power are very limited and are therefore strictly monitored — as would be the case on the moon or Mars — and crew members exit the habitat only after donning protective suits, helmets and life-support systems. Analog astronauts who enter Mauna Loa's network of lava tubes perform their research while wearing the suits, gathering critical data on lava tube geology and ecosystems. Their work also sheds light on the difficulties of conducting science in extreme environments, according to the LPSC presentation. (Chelsea Gohd, a reporter at Live Science sister site Space.com, participated in a simulated Mars mission at Hi-SEAS in November 2020, and you can read her mission updates here.)

"I've run almost 30 analog missions there since 2018," said Musilova, who is also an astrobiologist and serves as crew commander for the Hi-SEAS missions. "We have to prepare for everything in as much detail as you can, because in space, so many things can go wrong — even the smallest things can affect the mission and cost someone their life," she said.
The shadow cast by a skylight into a lava tube beneath the moon's Mare Tranquillitatis suggests the feature may be a little more than 330 feet (100 meters) deep.

The shadow cast by a skylight into a lava tube beneath the moon's Mare Tranquillitatis suggests the feature may be a little more than 330 feet (100 meters) deep. (Image credit: NASA/Goddard/Arizona State University)
Mission commander Musilova stands atop a "skylight" — a lava tube with a collapsed roof — at Mauna Loa in Hawaii.

Mission commander Musilova stands atop a "skylight" — a lava tube with a collapsed roof — at Mauna Loa in Hawaii. (Image credit: Courtesy of Micheala Musilova/Hawaii Space Exploration Analog and Simulation, photo by Sebastian Mulder)
In the Hi-SEAS habitat, crew members live and work as they would during a mission to another world.

In the Hi-SEAS habitat, crew members live and work as they would during a mission to another world. (Image credit: Courtesy of Micheala Musilova/Hawaii Space Exploration Analog and Simulation)
Volcanic lava tubes on Earth serve as analogs for similar environments that astronauts may one day visit and explore on Mars and the moon.

Volcanic lava tubes on Earth serve as analogs for similar environments that astronauts may one day visit and explore on Mars and the moon. (Image credit: Courtesy of Micheala Musilova/Hawaii Space Exploration Analog and Simulation)
Extreme life
Lava tubes on the moon and Mars are thought to be promising locations for finding signs of extraterrestrial life, and studying Mauna Loa's lava tubes could provide clues about extremophiles — organisms that thrive under extreme conditions — on other worlds. To that end, Hi-SEAS is partnering with NASA to study Mauna Loa's extremophiles, which create deposits in the lava tubes.
Sampling and studying these organisms and their by-products could reveal how different factors influence the behavior and survival of extremophiles in lava tube systems across the solar system, she explained.
But another important consideration when looking for life on the moon and Mars will be the physical toll of that work on human astronauts. Microbiology samples are easily contaminated, and performing sensitive tasks becomes much more challenging when wearing cumbersome gear, according to the report.

"Even without an analog spacesuit, it can take hours to collect certain samples when you're trying to do it carefully," Musilova told Live Science. "Now, you add a spacesuit. It restricts your movement and vision — you can only bend your head or turn it so much, because of the helmet. You can only bend and kneel on the ground so much, because of the way that the life-support system is attached to your helmet from your backpack. So you're very limited in what you can do."

"The more we can prepare on Earth for what we're planning on doing in space, the better," Musilova said. 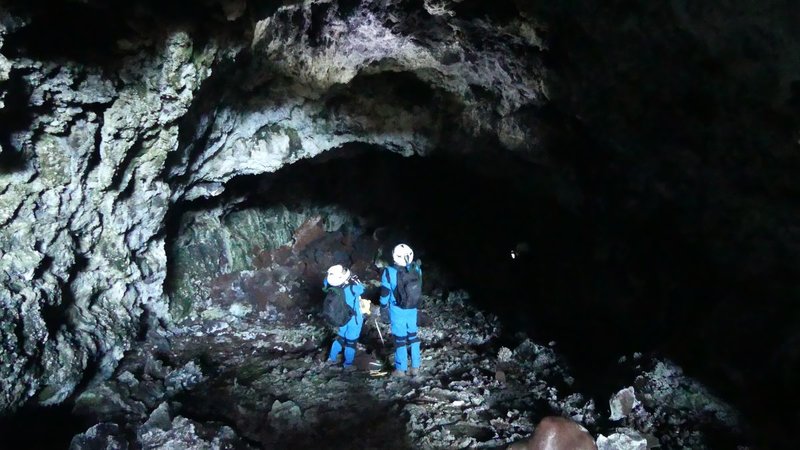 1SG Steven Imerman
Posted 2 mo ago
There is a fairly well thought out treatment of this subject as part of the novel The Moon is a Harsh Mistress, by Robert Heinlein. It's also a very good read besides that.
(5)
Comment
(0)

Lt Col Charlie Brown
2 mo
NASA has done this for a while...there's the giant crater out in Arizona they use for training for the moon, I believe
(3)
Reply
(0)

SGT David A. 'Cowboy' Groth
2 mo
Lt Col Charlie Brown I believe that your right about that ma'am.
(2)
Reply
(0)

SCPO Morris Ramsey
Posted 2 mo ago
There are many of these tubes that have not been discovered.
(4)
Comment
(0)
show previous comments

1SG Steven Imerman - I have been on the Base at Kaneohe Bay Marine Corps Air Station , HI which is shown in this picture. Also not too far away from there to the West is Bellows Air Force Station which has a nice recreation center, beach, cottages and Hotel for Military guests. There is another beach area off Bellows also the USMC used for training.
(2)
Reply
(0)

1SG Steven Imerman
2 mo
That all brings back memories. Every few months, we would rent one of the little cabins along the near side of the point sticking out on the left side of the photo. Had to drive across the runway, the sign said look both ways for airplanes. That always cracked me up.
(2)
Reply
(0) 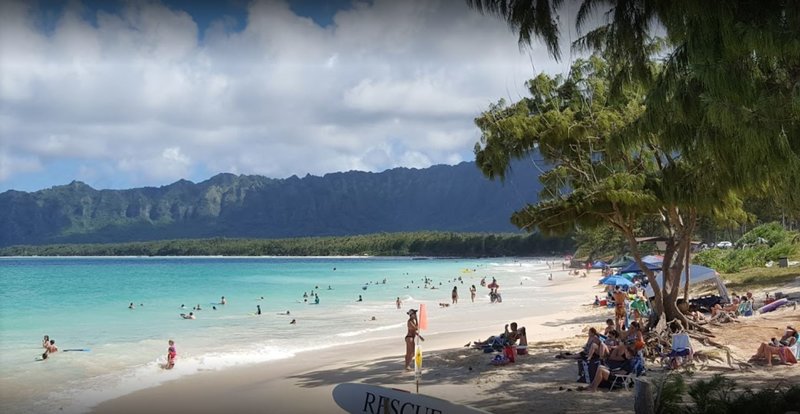 I didn't know they had cottages on Kaneohe Bay, wasn't ever over that side of the runway. Bellows AFS had a runway also but it was inactive and marked with a X at both ends. There was a road across it but only went to military family housing on that Base all the cottages, hotel, Beach, Golf range, Exchange, club etc. were along the coastal area. Shown here is the beach at Bellow Air Force Station, HI
(2)
Reply
(0)

1SG Steven Imerman
2 mo
SMSgt Lawrence McCarter - We were there with air force friends a couple of times. It's a great place, too. We actually lived about 2-3 miles from Bellows Beach, but north across the steep ridge, had to drive about 8-10 miles to get there.
(2)
Reply
(0)
Show More Comments
Read This Next
RallyPoint Home