The trial brings closure to a case that has fractured the Special Operations community since Melgar was found dead in 2017 while serving in the African country of Mali.

Madera-Rodriguez was found guilty of an array of crimes, including involuntary manslaughter, hazing, false statements, conspiracy to commit assault and battery, as well as conspiracy to obstruct justice. The jury spared him on charges of burglary and felony murder. 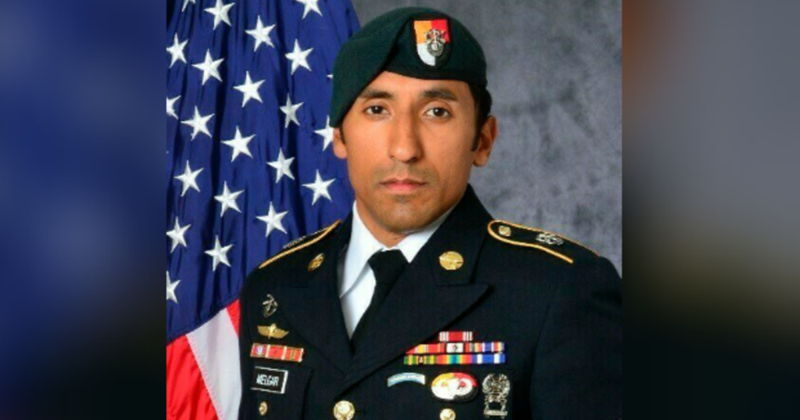 LTC Jeff Shearer
Posted 12 mo ago
disgusting! I need to stop there because my BP will soar. This infuriates me
(4)
Comment
(0)

In 2019, Navy SEAL Chief Special Warfare Operator Adam Matthews was sentenced to one year in a military prison. He offered the first public account of Melgar's death, saying they wanted to "embarrass" Melgar over what the other men had seen as personal "slights," according to the Associated Press.

Matthews said the group broke down Melgar's bedroom door and bound his wrists and ankles with duct tape. He said they planned to record Melgar on video to humiliate him.

Trump to hold rally in Florida ahead of Fourth of July
wgep-kenya-book-distribution-june-2021.jpg
11 million girls worldwide at risk of not returning to school

Earlier this year, the second Navy SEAL, Chief Petty Officer Tony DeDolph, pleaded guilty to involuntary manslaughter. His role in the "prank" was to cause Melgar to lose consciousness after placing him in a martial-arts style chokehold, AP reported.

Melgar's death has underscored issues of "good order and discipline" among some in the SEAL community. As part of an ongoing CBS News investigation earlier this year, active duty and retired SEALs answered questions about Melgar's death on the condition that their identities were hidden.

"Keep fighting," one of the SEALs told CBS News, when asked what they would say to Melgar's family. "Melgar was a warrior. He was a good guy. Those are the kind of guys we need in the military, and we're not going to purge out the bad ones unless we all stand up together to get them out."

Madera-Rodriguez was the only servicemember to take his case to trial. Over more than three weeks, he was tried by a jury of eight, all-male military members at Norfolk Naval Station, Virginia.

Sentencing proceedings are underway and expected to wrap up next week. Madera-Rodriguez faces a possible sentence of 27.5 years, dishonorable discharge, and reduction in rank."

Cpl Vic Burk
Posted 12 mo ago
I won't be calling this guy my brother, that's for sure. He will get what he deserves for this. It's too bad we can't also strip him of his title as a Marine. Rot in hell Mario Madera-Rodriguez .
(2)
Comment
(0)
Show More Comments
Read This Next
RallyPoint Home