NORFOLK, Va. — A decorated Marine accused of humiliating and physically abusing those under his command — ordering one to punch another hard enough to make him urinate blood — is facing a court-martial in Virginia.

Staff Sgt. Dustin A. Barker of Scott, Kentucky, is accused of hazing Marines at the U.S. Navy base in Guantanamo Bay, Cuba, in 2013, the year he joined the Norfolk-based Marine Corps Security Forces Regiment, an anti-terrorism and security force that deploys to hot spots around the world. He also faces charges over alleged incidents in Virginia.

Barker's general court-martial was scheduled to start at Naval Station Norfolk on Monday.

A general court-martial is the most serious type of court martial there is in the military, and is generally considered to be the military equivalent of a felony trial in civilian court. Barker could face years in prison if convicted. Court officials in Norfolk have reserved a courtroom for the trial through mid-May.

Barker's legal representative could not be reached for comment.

Documents provided by the military regarding alleged incidents in Guantanamo say Barker ordered one Marine to strike another with a rock; ordered two other Marines to punch each other; and ordered another Marine to mount a comrade and punch him in the kidneys to make him urinate blood.

Charge sheets provided by the Marines say he also forced another Marine to punch himself in the face and another was forced to cut grass with scissors while wearing personal protective gear.

Barker is also accused of having his Marines at Marine Corps Base Quantico, Virginia, run excessive distances while wearing heavy equipment, and in another incident, having so much equipment tied to his Marines' arms that they couldn't lift their arms above their chests.

At Camp Allen in Norfolk, Barker is accused of requiring an excessive number of advancement exercises known as "buddy rushes" and requiring his Marines to shave each other's faces while standing outside of their barracks in the presence of other Marines. The Marines define hazing as any conduct that causes someone to "suffer or be exposed to any activity which is cruel, abusive, humiliating, oppressive, demeaning or harmful."

Barker also faces other charges for allegedly ordering Marines who were standing watch at Guantanamo Bay to leave their posts before they could properly be relieved of their duty to go check a shark rig and for recklessly endangering his Marines at a shooting range at Quantico. He's also accused of being derelict of duty for failing to conduct multiple daily tours of Marine observation posts while his platoon was on fenceline duty at Guantanamo Bay.

Barker joined the Marines in 2002 and has racked up a slew of medals and honors throughout his career that have taken him to Iraq and Afghanistan, including two awards for good conduct and one for humanitarian service.

The Marines have been striving for years to stamp out hazing in their ranks, and the issue has drawn increased scrutiny from Congress ever since U.S. Rep. Judy Chu's nephew killed himself in 2011 after being hazed by his fellow Marines in Afghanistan.

"It destroys our Marines' confidence and trust in their fellow Marines and in unit leadership, thus undermining unit cohesion and combat readiness. It does not promote loyalty, does not build esprit de corps, and does not prepare Marines for combat," Gen. James Amos, former commandant of the Marine Corps, wrote in a message to all Marines that updated the official hazing policy in 2012. "Hazing will not be tolerated in any form in our Corps."

The updated policy requires all hazing incidents to be reported and for them to be entered into a central database that also tracks to discrimination and sexual harassment. Hazing statistics for the Marine Corps were not immediately available Thursday. 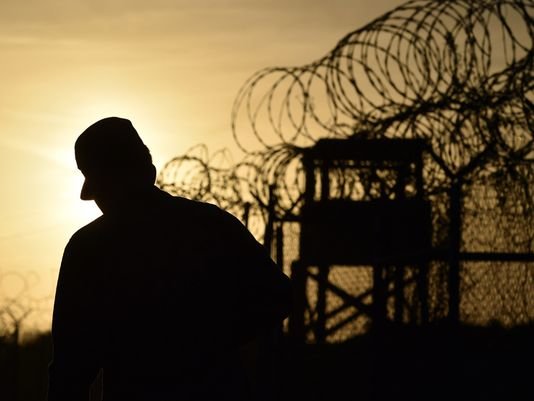 CPO Bill Penrod
>1 y
That is reason our traditions are being watered down or completely abolished. Hope that Marine gets lots of hard time so he will learn what hazing is in Leavenworth.
(0)
Reply
(0)

Cpl Jeff N.
Posted 7 y ago
This is written from the prosecution point of view. Some of this appears to be over the top and some it isn't clear what actually happened (endangering Marines at a shooting range and leaving posts before properly relieved etc.)

Some sounds like piling on too. Having someone cut the grass with scissors in MOPP gear or running "excessive" distances with heavy gear (we did that all the time) or too many "buddy rushes" or shaving each other in front of the platoon etc. are not a big deal. Corrective action is sometimes required. It is also unlikely any of this was not observed by other SNCO's and perhaps junior Officers. Is saw none named in the article.

If he had (and this is a big IF) people doing physical harm to each other then he went too far. I suspect we will see a PTSD defense from his time in Iraq and or Afghanistan and they will demonstrate how he was untreated or undiagnosed and this will quietly go away.

I do like how they said he "racked up a slew of honors" and then remarked on his two good conduct medals and a humanitarian medal. Makes you wonder the level of qualification of the author of the story.
(3)
Comment
(0)

Col (Join to see)
>1 y
I concur, Corporal. The phrase "racked up a slew of honors" isn't exactly the hallmark of professional reporting.
(0)
Reply
(0)

PO1 John Miller
Posted 7 y ago
If these allegations turn out to be true, what a piece of work! I know the Marines have a tendency/history to not question orders, always obey orders, etc., but come on! Ordering subordinates to fight each other, throw rocks at each other, harm themselves? That's not hazing, that's abuse, cruel and unusual punishment, you name it.

Again, if true, he deserves to go to prison.
(2)
Comment
(0)
Show More Comments
Read This Next
RallyPoint Home