PO1 William "Chip" Nagel
733
1
0
0
0
0
It’s an old joke, but a good one. “Doctor, my son thinks he’s a chicken,” a father tells a psychiatrist, who suggests treatment for the boy. “We’d like to do that,” the father says, “but we need the eggs.”
For decades, American presidents have found themselves in a similar predicament, as revealed with bracing clarity by “The Bomb,” Fred Kaplan’s rich and surprisingly entertaining history of how nuclear weapons have shaped the United States military and the country’s foreign policy. It is the story of how high-level officials, generals and presidents have contended with what Kaplan calls “the rabbit hole” of nuclear strategy, whose logic transforms efforts to avoid a nuclear war into plans to fight one, even though doing so would kill millions of people without producing a meaningful victory for anyone. As President Barack Obama once put it before weighing in during a meeting on nuclear weapons: “Let’s stipulate that this is all insane.”

Owing to the spread of those weapons and to the inevitability of competition between powerful countries, generations of policymakers have leapt into the abyss again and again. Nuclear strategy is an exercise in absurdity that pushes against every moral boundary but that has likely contributed to the relative safety and stability of the contemporary era, during which nuclear weapons have proliferated but major war has all but vanished. Apparently, we need the eggs.

“The Bomb” is a sequel of sorts to “The Wizards of Armageddon,” Kaplan’s 1983 book about the Cold War-era thinkers who established a template for how generations of American officials would approach nuclear weapons. The new book revisits the foundational debates and explains how they have played out in more recent years, making use of newly declassified material and a wealth of interviews with insiders. In less skillful hands, this could be a slog. But Kaplan has a gift for elucidating abstract concepts, cutting through national security jargon and showing how leaders confront (or avoid) dilemmas.

The early years of the American nuclear program were dominated by men in the mold of Curtis LeMay, the Air Force general who had overseen the firebombing of Japan during World War II as commander of the Strategic Air Command (SAC). His philosophy of how to win modern wars, Kaplan writes, was simple: “Bomb everything.” For many years, LeMay exercised remarkable influence over nuclear policy by maneuvering to secure SAC’s near-total control of the arsenal while avoiding any meaningful civilian oversight. By 1960, he had put an enduring stamp on the atomic age through the Single Integrated Operational Plan, or SIOP, SAC’s list of all the nuclear weapons in the American arsenal and their intended targets. Reflecting LeMay’s maximalist approach to firepower and minimalist approach to sparing civilians, the SIOP called for the president to fire thousands of nuclear weapons in the event of an armed conflict with the Soviet Union. Nine would strike Leningrad; 23 would hit Moscow. A Soviet city similar to Hiroshima in population and density would be struck with four bombs that would together yield more than 600 times the blast power of the atomic bomb that the United States dropped on the Japanese city in 1945. (“The Bomb” lacks an account of the decision-making behind that attack — an unfortunate omission, given the insight that Kaplan could likely bring to bear.)

Shortly after the SIOP was completed, President John F. Kennedy took office. The new secretary of defense, Robert McNamara, received a briefing on the targeting plan from Gen. Thomas Power, a protégé of LeMay, who privately described Power as a sadist. One target was a radar field in Albania. “Mr. Secretary, I hope you don’t have any friends or relations in Albania,” Power said at one point to McNamara with a chuckle, “because we’re going to have to wipe it out.” McNamara was not amused. He came away “as shocked and appalled as he’d ever felt in his life,” Kaplan writes.

Today, McNamara is best remembered for his leading role in the bloody escalation of the war in Vietnam. Before that debacle, however, he was one of the first senior officials to embrace the idea of a smaller nuclear arsenal governed by a less grotesque doctrine. But McNamara — and everyone who has tried since him — failed to solve what Kaplan reveals as a basic puzzle of nuclear strategy: “how to plan a nuclear attack that was large enough to terrify the enemy but small enough to be recognized unambiguously as a limited strike, so that, if the enemy retaliated, he’d keep his strike limited too.” The truth is that by the time the Soviets had developed a sizable arsenal of their own, “there was no scenario in which using nuclear weapons would give the United States — or any country — an advantage.” In order to deter the Soviets, however, the president and everyone around him had to pretend otherwise. And so a staggering cycle — arms race, stalemate, arms race — carried on.

One of the most fascinating tales in Kaplan’s book concerns a consequential break in that pattern, brought about in part by an unlikely figure: Dick Cheney. As George W. Bush’s vice president in the 2000s, Cheney would emerge as a fierce hawk — an advocate for covert action, preventive war and torture. But as defense secretary under Bush’s father, Cheney helped usher in dramatic cuts in the bloated nuclear arsenal by finally breaking SAC’s grip. In 1989, a Pentagon analyst named Franklin Miller alerted Cheney to the fact that, in order to forestall cuts to the arsenal, SAC ignored official doctrines and simply found targets for every existing weapon, regardless of their strategic value. Cheney ordered SAC to submit to a review, led by Miller, which found outrageous redundancies and ultimately led to a reduction in the arsenal, which shrank from around 12,000 weapons to fewer than 6,000.

In the subsequent years, the numbers kept coming down. But the basic logic remained in place, and radical changes to nuclear doctrine have remained elusive. Obama, for example, explored the idea of declaring a no-first-use policy — that is, pledging that the United States would use nuclear weapons only in retaliation to a nuclear attack. But he ultimately opted against it.

The threat of nuclear war, which for decades had virtually vanished from public discourse, roared back into view during the first year of Donald Trump’s presidency, when Trump warned North Korea that it would face “fire and fury” if the country’s despot, Kim Jong-un, continued to issue threats against America. Many were less worried about Kim than about the self-declared “very stable genius” in the White House. Some experts proposed changing the protocol that allows the president to launch nuclear weapons without even consulting anyone else.
Others saw the return of public fears as the result of decades of misplaced official attention that has, in the words of the political scientist John Mueller, led “generations of officials to worry more about nuclear matters than they should have and to distort foreign and security policies in unfortunate ways.”

That position may seem at odds with Kaplan’s insistence that only by “immersing themselves” in nuclear logic can presidents and their advisers find a way out of the rabbit hole. But the two views might not be as contradictory as they seem: Perhaps the bomb matters less than policymakers believe precisely because they believe it matters so much. That would be a fittingly paradoxical way to understand the paradox-prone nuclear age. 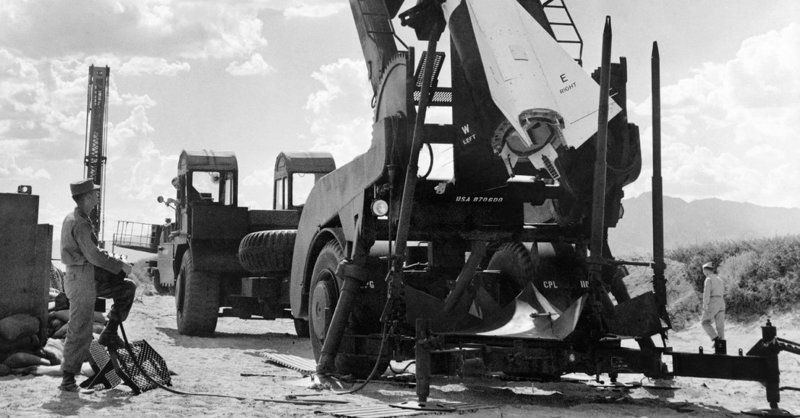 Posted from nytimes.com
Posted in these groups: The New York Times