Opinion: No, a Twitter ban does not infringe Trump’s freedom of speech

PO1 William "Chip" Nagel
720
6
4
3
3
0
"In a response typical of those decrying Donald Trump’s Twitter ban, his namesake son tweeted: “Free speech is dead and controlled by leftist overlords.” Nothing performative about that reaction, eh?

The fact that the current president’s message is being “controlled” by anyone other than himself is laughable. There are other official White House and presidential Twitter feeds to get policy points out, plus a communications team. If Trump convened a press conference, you would have the White House press pack in attendance – and it would be considered by all the major networks for national broadcast.

Trump is one of the most powerful people in the world, at least for the next 10 days; if he wants something put out there, millions will be able to see or hear it. And will that influence instantly disappear once he leaves the Oval Office? Of course not, however much some may wish it would. There is a well-trodden path for former presidents towards book deals, national interviews and coverage of their next steps". 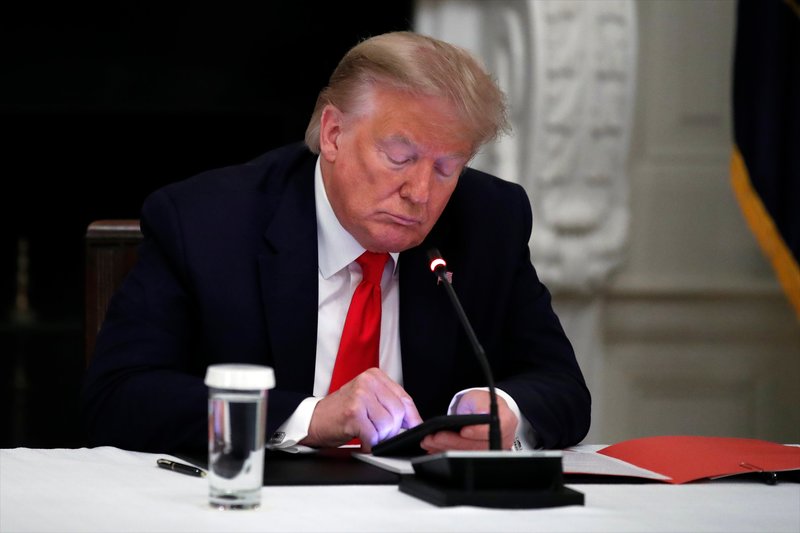 Opinion: No, a Twitter ban does not infringe Trump’s freedom of speech

PO2 Harold Ashton
1 y
Nonsense. It "infringes" on the rights of liars to use a private, corporate platform to promulgate their untruths. An article of note:

The Art of the Lie? The Bigger the Better

Lying as a political tool is hardly new. But a readiness, even enthusiasm, to be deceived has become a driving force in politics around the world, most recently in the United States.

In a cable to Washington in 1944, George F. Kennan, counselor at the United States Embassy in Stalin’s Moscow, warned of the occult power held by lies, noting that Soviet rule “has proved some strange and disturbing things about human nature.”

Foremost among these, he wrote, is that in the case of many people, “it is possible to make them feel and believe practically anything.” No matter how untrue something might be, he wrote, “for the people who believe it, it becomes true. It attains validity and all the powers of truth.”

The Art of the Lie? The Bigger the Better

Lying as a political tool is hardly new. But a readiness, even enthusiasm, to be deceived has become a driving force in politics around the world, most recently in the United States.

SGT Philip Keys
Posted 11 mo ago
Big tech is pushing their communist agenda and if you're agaisnt it they censor you.
(0)
Comment
(0)
Read This Next
RallyPoint Home