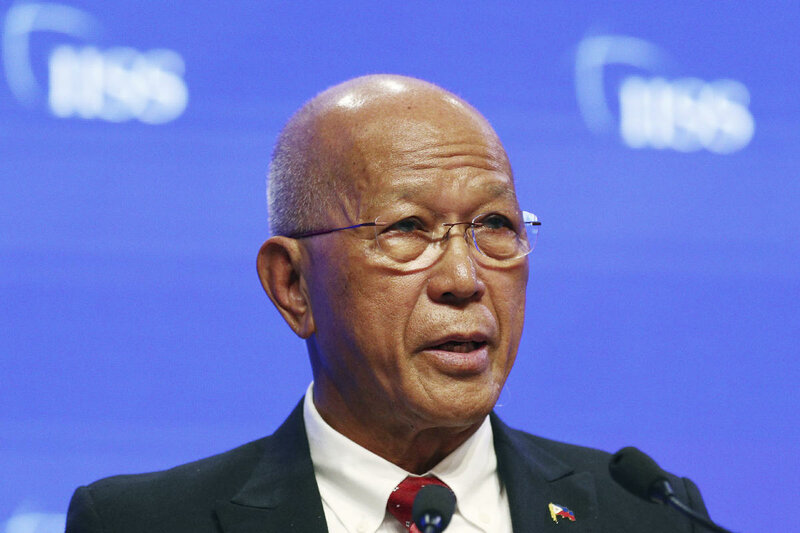 Posted from aol.com
Posted in these groups:

SGT (Join to see)
Posted 4 mo ago
LTC Eugene Chu
..."The Russian-made helicopters could have been used for combat, search and rescue operations, and medical evacuations in the Southeast Asian archipelago, which is often lashed by typhoons and other natural disasters, Philippine officials said.

In March, the Philippines voted “yes” on a U.N. General Assembly resolution that demanded an immediate halt to Moscow’s attack on Ukraine and the withdrawal of all Russian troops. It condemned the invasion and echoed U.N. Secretary-General Antonio Guterres’s appeal for respect of humanitarian principles to protect civilians and civilian infrastructure in Ukraine.

Duterte has expressed concern over the global impact of the Russian invasion but has not personally condemned it. When he was in office, he nurtured close ties with Russian President Vladimir Putin, whom he once called his “idol,” and Chinese leader Xi Jinping while frequently criticizing U.S. security policies.

The Philippines is a treaty ally of Washington, which has imposed heavy sanctions aimed at pressuring Moscow to pull back from Ukraine.

The deal to acquire the Russian helicopters was among several weapons purchase agreements signed during Duterte’s final months in office.

Due to financial constraints, the Philippines has struggled for years to modernize its military, one of the most underfunded in Asia, to deal with decades-long Muslim and communist insurgencies and to defend its territories in the disputed South China Sea."
(0)
Comment
(0)

CW5 (Join to see)
Edited 4 mo ago
Posted 4 mo ago
Seems odd. We (The United States) have bought hundreds of Russian built aircraft in the last twenty years. We probably could have sold the Philippines some if we hadn't given so many away to Iraq, Afghanistan and Ukraine.
(0)
Comment
(0)

COL (Join to see)
4 mo
How many Russian military helicopters have we purchased?
(0)
Reply
(0)

CW5 (Join to see)
4 mo
It was over 200 Mi17s last time I checked. That doesn't include other types. I found an old article. There's been a bunch more purchased since 2011.
https://www.army.mil/article/56256/army_equipping_afghans_iraqis_on_mi_17s

At the request of the Departments of State and Defense, the Army is acquiring and sustaining Russian-built Mi-17 helicopters for Iraqi and Afghan forces so they can further stand up their respective militaries and enable more U.S. forces to return ho...

CW5 (Join to see)
4 mo
Fort Rucker was even offering a training course at one time.

Army gets two more Russian helicopters to be modified in Huntsville

The Mi-17s will be modernized and upgraded by Science and Engineering Services, then used for training at Fort Rucker aimed at helping U.S. helicopters and troops come home sooner from Afghanistan.