Lt Col Charlie Brown
1.41K
51
9
16
16
0
We have a new administration now — another Democratic regime — and so gone, too, are Trump’s love and respect for our men and women who served their country so selflessly in uniform.

That stark difference was laid bare earlier this spring when Biden’s Pentagon revoked a license for a major veteran’s motorcycle group to gather on on the parking lot of the Defense Department to kick off their annual ride.

Because they are vets, however, they didn’t simply roll over and take it: In fact, this year’s event promises to be bigger than ever.
The Washington Examiner reports:

Rolling to Remember, previously known as Rolling Thunder, planned its annual ride through the district and contacted the Pentagon a year ago to secure a permit to host thousands in its parking lot. After a hiatus in 2020 due to the pandemic, the group was looking forward to rekindling its three-decade-old tradition over Memorial Day weekend.

In years past, the deal between the two groups was seemingly no issue, but the government body ultimately denied the group a permit due to “substantial community spread of COVID in the county” and a “health threat level” in the building.
“Unfortunately, the department has disapproved AMVETS permit request. The department took into careful consideration all aspects of AMVETS request, to include the current Health Protection Condition status on the Pentagon Reservation; substantial community transmission of COVID-19 in Arlington County, Virginia; number of Americans fully vaccinated across the nation; nature of this event with its decreased ability to maintain physical distance; and large crowds in one location for an extended period of time. This event draws national attention and participation; therefore the risk of exposure from participants from other communities extends well beyond the National Capital Region,” the Pentagon said in a statement April 30.

After the denial, the Pentagon experienced some major backlash which actually led to increased interest in the event, “drawing between 50,000 and 100,000 potential attendees” for the May 30 event, according to Joseph Chenelly, the AMVETS executive director, the Examiner reported.
“The uproar over the Pentagon denying the permit has really driven interest in the event, and we’re now anticipating 50,000 people,” Chenelly told the outlet. “Law enforcement does their own analysis on this, and they think we’re going to be 100,000.”

He went on to credit the easing of the pandemic with the increased support, but frankly, it’s more likely that veterans are taking the opportunity to push back on one of the most far-left administrations in our history, if not the most left-wing.

In any event, it’ll be good to see such a large gathering of our nation’s veterans doing what they were born to do: Stand up for freedom. 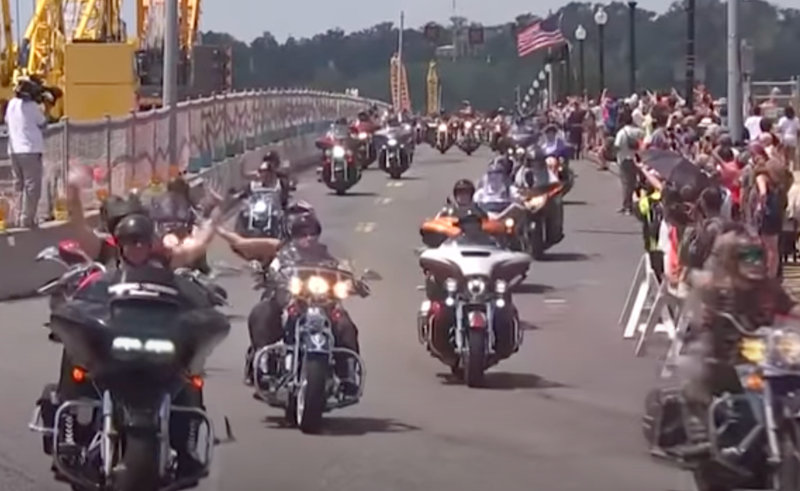 Posted from trendingpolitics.com
Posted in these groups:

SGT Don Schaffer
Posted >1 y ago
I guess that we'll be talking about the "insurrectionists" attending a "super spreader" rally for the next 6mo..
I wish that I could join them again this year, but I made other plans back in November for this week.
IF you call Patriots insurgents you may be going the wrong direction.
(6)
Comment
(0)

MSgt Robert "Rock" Aldi
>1 y
Rolling Thunder started out as a demonstration....to draw attn to the POW/MIA cause...and was true to that concept until the jerk around from Uncle..and when you have folks who ride motorcycles to the "District of Calamity" (again thanks Capn Jack Durish) from all across the fruited plain...those are real deal patriots too imo
(2)
Reply
(0)

CPT Christopher Stanco
Posted >1 y ago
I have done this every yr since 1995 and did not do last yr due to covid.
Not attending this yr.
(5)
Comment
(0)
Show More Comments
Read This Next
RallyPoint Home