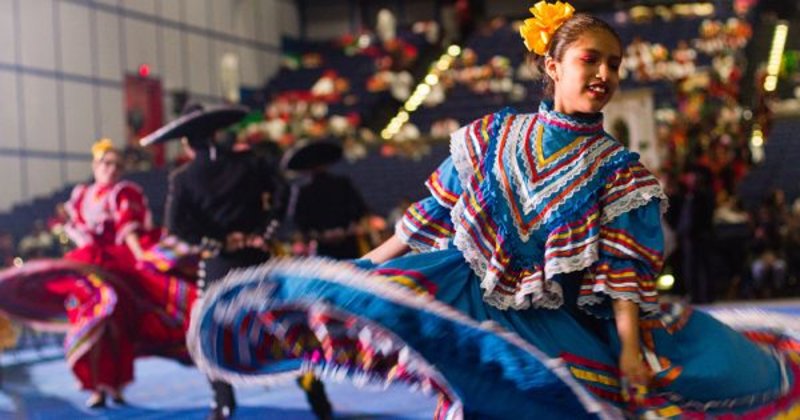 Posted from ncronline.org
Posted in these groups:

LCDR Joshua Gillespie
Posted 3 y ago
I will say this...it was difficult to extract the author's thesis. In terms of what she is objecting to, she covers a wide swath of territory-ranging from racism to sexism; a trait I would dismiss as novice journalism were it not for her excellent word use and constructive imagery. It took me some time to wade through the "message", but having finally received it...here's my humble response.

As far as we know from both history and genetics...our Lord and Savior was not a Caucasian. He chose the Hebrew race, one persistently subjugated, abused, and exiled throughout history. He came as the child of a carpenter...rather than a king, emperor, or general. He lived and worked among the poor, the diseased, the outcast, and the hopeless...when by all rights, he could've resided in marble halls. He died a criminal's death at the hands of one of the most brutal empires of all time...rather than at the head of an army, or as a famous and renowned political martyr. Knowing all of that, how can any true Christian fail to see that God's heart reaches out to the oppressed, the forgotten, and the exploited?

Slavery; a moral cancer that destroyed the lives of thousands, if not millions, was dealt a crushing and definitive blow in the late 19th Century. What remnants of it that exist today, in our hemisphere, do so illegally, under constant pursuit, and target vulnerable whites every bit as much as vulnerable minorities. Segregation; a weak and morally thin attempt at placating willful ignorance and misguided fear, was defeated soundly (at no small cost) within living memory. From the ground floor of industry and commerce, to the halls of government...our laws protect citizens from bias, inequality, and discrimination...a victory won in no small part by dedicated heroes ranging from Harriett Tubman and Martin Luther King...to passionate advocates such as John F. Kennedy and Fred Rogers. The narrative that claims otherwise is, in my opinion, a predatory one...stalking the hearts and minds of the uninformed towards one singular purpose...dividing and conquering the people of the United States.

Regarding the ethical, and it's link to the cultural...how can any ethnic person view the evil pervaded on national television, or those performing in it, as representatives of either Hispanic culture, or female progress? These abominations, carried out by wealthy, elite members of a closed society notorious for writing its own rules- should have no impact on a discussion of justice and equality in this country. It is exactly such exploitation, characterization, and misrepresentation that have fueled centuries of hate and distrust between the races.

Finally, the Scriptures are full of strong women; people who led in times of unrest, took on great responsibilities for the sake of righteousness, and accomplished powerful works of faith in their own right. I'll admit that even after years of study on the subject, including nothing short of forming close friendships with a number of female clergy...I myself am not entirely certain what to make of the examples of Chloe in 1 Corinthians 1:11, Lydia in Acts 16, or Deborah of the Old Testament-God's wisdom exceeds my own. What does seem clear however, is that none of these examples of empowered women are provided as a foil to God's charge upon men to be leaders...both in the home, and in the Church, as "unpopular" as that view may currently be.

When that "leadership" is perverted into a domineering, dismissive, let alone abusive role...I feel confident in stating that God disapproves, and the men responsible risk judgement. Where men fail to lead, or defer their responsibilities due to laziness or fear...how can anyone blame women for stepping into the gap. Among successful male leaders, who can argue that in many, if not most cases...there was a strong woman acting in concert? To my mind, that is a very different thing than suggesting what is needed is a "shift" towards more female prominence in Church leadership. Put more simply, we need better, stronger leaders...not by necessity, more female leaders, irrespective to, or in presumption of that quality.

In summation, what I believe the author is arguing is for is statistical evidence of superficial "equality", as opposed to a genuine and sincere equality evidenced by unity of purpose and belief. My belief is that if our church leaders simply taught from the word of God...rather than constantly attempting to re-interpret it through the lens of modern ideology...we would find that consistency, truth, and justice for all.
(1)
Comment
(0)

1SG (Join to see)
3 y
I couldn't have said it any better. That was excellent.
(0)
Reply
(0)
Read This Next
RallyPoint Home