SFC (Join to see)
3.34K
50
29
6
6
0
A second complaint lodged by a religious freedom group aimed at changing the name and logo of a Fort Rucker-based aviation unit came with the threat of legal action.

The Military Religious Freedom Foundation wants E Company, 1st Battalion, 212th Aviation Regiment, to ditch its "Crusaders" name and patch, which features a helicopter in the upper left corner of a white shield, segmented by what appears to be a red crucifix. The image, according to an email from MRFF founder Mikey Weinstein to Maj. Gen. William Gayler, commander of the Alabama installation, is "immeasurably aiding the propaganda efforts of our evil fundamentalist Islamic terrorist enemies such as ISIS, The Taliban and Al Qaeda."

It's not Weinstein's first complaint on the topic. He filed one on behalf of MRFF clients in November with Maj. Gen. Michael Lundy, then the Fort Rucker boss, after his group received complaints about the logo. At the time, a Fort Rucker spokeswoman said officials were "working the issue." Gayler took over in April.
This time around, the demand came on behalf of 43 MRFF military and civilian clients at the post, Weinstein said, and a new wrinkle: "If you do not immediately comply with our demands, our foundation will go into Federal Court to force you to so comply."

One of the claimants, a civilian helicopter instructor who requested anonymity for fear of reprisal, said the issue was magnified because of the base's international clientele.

“We’ve got Saudi students that we train here. Jordanian, Israeli, Slovakian, people from other countries … that find it offensive because the Crusades were a murderous time in human beings’ history," the instructor said. "The Catholic church even said it was a dark time. It’s always just disregarded.”

Complaints made about the patch and other religious-themed issues — training conducted at local churches instead of secular locations, for instance — have been ignored, said the instructor, who follows a branch of Christianity. When he attempted to engage officials, "they’d just walk off. They don’t care. There’s too many of them and too few of us.”

The instructor said the logo was prevalent in online materials regarding the unit, but did not appear on unit helicopters at Fort Rucker.

Fort Rucker public affairs officials did not respond to follow-up questions last year after the November complaints were made public. A spokeswoman said Friday that officials were looking into the most recent complaint, but would not answer questions submitted last month regarding earlier complaints, how long the logo has been in place, or the use of churches as meeting locations.

The MRFF, which claims more than 45,000 clients, successfully pushed for the removal of a sign outside a training center at Fort Shafter, Hawaii, in November that featured a knight with a breastplate adorned with a red cross similar to that featured on the Crusaders patch. 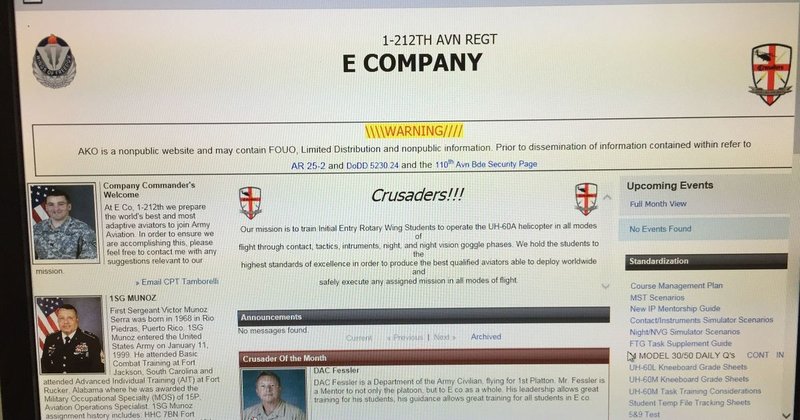 Capt (Join to see)
Posted 5 y ago
We are given freedom of religion.

No where is there a freedom from hearing seeing what one does not like. Trying to impose such is anti-freedom.
(7)
Comment
(0)

TSgt (Join to see)
5 y
The establishment clause of the first amendment does grant the freedom FROM religion, so that is another way to look at it
(0)
Reply
(0)

Capt (Join to see)
3 y
TSgt (Join to see) - All freedom ends or becomes limited when they deny another their right. Unless someone is being forced to read or hear something there is no violation of another's rights.

I would also like to see just where the freedom FROM religion is stated in the establishment clause.
(0)
Reply
(0)

CPT (Join to see)
Posted 5 y ago
The MRFF again? Those people are idiots.
I notice the piece calls them a "religious freedom group". That's the exact opposite of what they are.
(7)
Comment
(0) 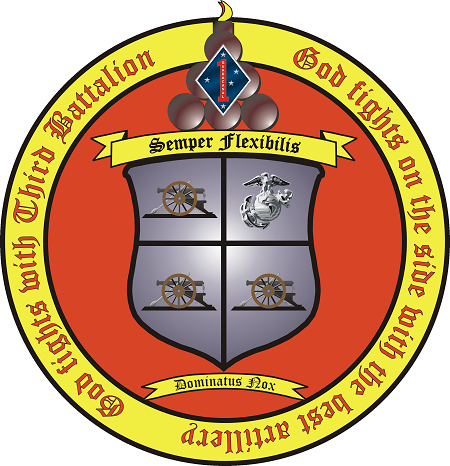 Without resorting to name calling. Which, trust me, I really want to but I'm afraid of a lawsuit. It seems to me these guys only pick on select units. I have seen them win some and loose some but, what I would really like to see is what the Corps has to say to these guys. I think the Corps would have some "colorful adjectives" for these guys.
(6)
Comment
(0)
Show More Comments
Read This Next
RallyPoint Home