Same-sex couples get veterans benefits, but not congressional recognition

A House Veterans' Affairs Committee panel knocked down an attempt Wednesday to update language in Department of Veterans Affairs statutes to officially recognize married gay couples. The amendment, which would have been attached to legislation authorizing a cost-of-living increase for veterans benefits, would have removed gender-specific spousal references from the federal code.

Nevada Democrat Rep. Dina Titus called it a bookkeeping measure to get rid of “antiquated” language that no longer applies to who actually receives veterans benefits.

But committee Republicans labeled it a potentially divisive change which could jeopardize veterans’ cost-of-living increases, fearing that many of their conservative colleagues would block the annual and usually noncontroversial legislation.

Rep. Ralph Abraham, R- La., chairman of the subcommittee, said the change “does not provide any real benefit to our nation’s veterans.”

Titus disagreed, calling it a matter of principle and respect.

“This is to make sure we’re taking care of all veterans,” she said. “They all made the same sacrifices. They all saluted the same flag. They all should have the same rights.”
Whether or not the change is eventually made, same-sex couples who qualify will continue to be able to share GI Bill credits, VA home loans and other veterans benefits. Department officials made those changes in the wake of the Supreme Court’s decision to overturn the Defense of Marriage Act last summer.

But Democrats on the House panel said that it’s an important symbolic move, and chastised their Republican colleagues for dismissing the measure based on perceived problems with full House passage.

One Republican on the panel, Pennsylvania Rep. Ryan Costello, did back the language update.

The veterans cost-of-living increase legislation must be passed by the House and Senate by the end of the year for beneficiaries to see a raise in their payouts, if federal regulators deem inflation warrants a change.
Separate legislation to permanently tie veterans benefits increases to that of Social Security recipients — thus eliminating the need for separate legislation each year — is also under consideration in the Senate. 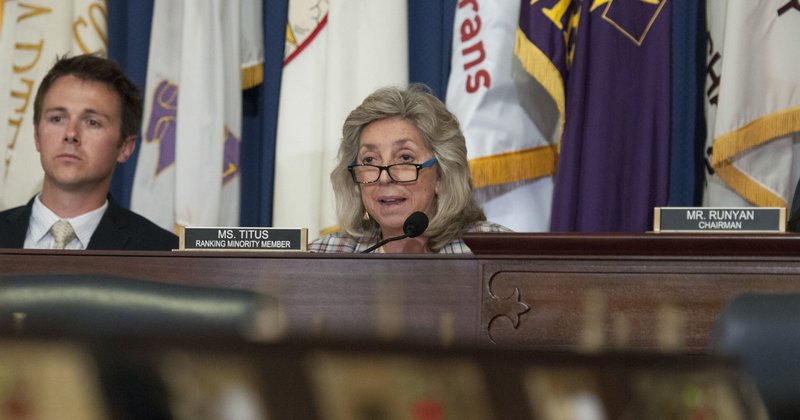 Same-sex couples get veterans benefits, but not congressional recognition

LTC Stephen F.
Posted 6 y ago
This "bookkeeping" proposal by Nevada Democrat Rep. Dina Titus seems like an attempt for an end-run and not a bookkeeping proposal. Congress should go through the process of deciding whether or not same sex couples are entitled to congressional recognition first. If they decide yes then the legislation should specify where recognition applies - including the application of VA benefits for 100% disabled veterans which is generally where spouses are covered by the VA.
(1)
Comment
(0)

PO1 William "Chip" Nagel
Posted 6 y ago
Great, Sometimes you have to make due with Baby Steps.
(0)
Comment
(0)
Read This Next
RallyPoint Home