SSG Warren Swan
7.6K
70
41
9
9
0
Well bring on the jokes. It’s not really a jarhead thing. Probably most of the force of the Army and USMC couldn’t read a map without using some kind of electronic assistance. It’s funny but honestly it’s not funny 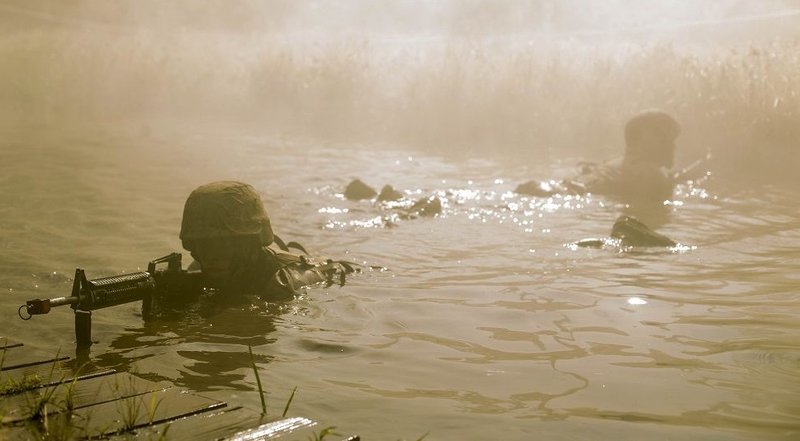 SFC David Hawk
Posted 2 y ago
Land Nav training should first be conducted extensively in the classroom with an instructor who knows what he or she is talking about. A class with absolutely no electronics. Students must know how to read all the nuances of the military map, such as how to convert grid cords to magnetic and back and birth withe the declination diagram. How to understand difference in land and map contours. Once accomplished class convenes outside.

During my active duty we never used electronics cause they weren’t invented yet - as in no cell phones or gps handheld devices.

Time to rethink learning how to read a map.
(10)
Comment
(0)
show previous comments

SSG Warren Swan
2 y
MAJ Byron O. We need to get everyone out. Most of the time when doing movements either convoy or movement to contact, their NCO led. The officer may be there, but the meat of the mission is on us. We saw with PVT England and her Reserve unit what happens when no one to include SNCOs can’t read a map, shoot back azimuths, or even terrain associate. I’ve seen where grunts couldn’t read a map either. It used to be standard in CTT, but now....let the technology do the work for you.
(1)
Reply
(0)

MSG Johnathan Mathes
2 y
whatever happened to SGTS Time training ... taking your squad out and training them to do these things..
(0)
Reply
(0)

LTC James McElreath
>1 y
Davis,
I do believe that having to read a map and use a compass are important, when the terrain you are working in has some sort of terrain features. Now, I too was very happy to had gone through the electronic stuff used extensively in Iraq. The CAQC course puts everyone into a little map reading but at least a week on Blue Forces Tracker and the use of a GPS. There really was not a lot of vegetation that ne could count on. There was a little in the Green Zone, but very little elsewhere.
(1)
Reply
(0)

SFC David Hawk
>1 y
Knowing how to navigate with a Sextant is also useful too, when there aren’t many land features. Of course then you’d also need to know what stars to use and when. This form of navigation isn’t easy, but when you learn it, it’s useful if nothing else will work.
(0)
Reply
(0)

CW2 Michael Bodnar
Posted 2 y ago
They should be processed out for misconduct. As a prior service Marine, I was always taught what integrity meant and it was constantly drilled into my head. If we don't have any integrity, the entire institution we serve will fall apart.
(4)
Comment
(0)

SSG Warren Swan
2 y
Chief I understand your points. But when is it excessive? Sure make them pay for what they did, to kick them out? I’m not familiar with the Marine school system, but couldn’t they just be thrown into another MOS with a bullet placed in their records so that they have a chance to become the opposite of what the bullet says? This could be a great teaching moment. We throw out Art15’s all day hoping that the recipient grows from the event and is better long term, BUT if they don’t, it’s used to send them packing. I do fully understand what you mean though. I’m just asking for discussion and informational purposes
(0)
Reply
(0)

CW2 Michael Bodnar
2 y
SSG Warren Swan Marines hold themselves to a higher standard and they will not bend them whatsoever. When a Marine (especially an officer) violates that code, they are removed. They aren't recycled because why would you want to pawn someone else's problem onto somebody else. The Corps is small enough that even if that happened, the one breaking the rules wouldn't be successful no matter what they did. Now, do I know of Marines that got DUI's and still stayed in? Yes there are and those Marines never saw much in the way of good assignments, evals, etc. Having said all of that, I truly feel that if you violate your integrity the way these Marines did, then you do not belong in the military.
(0)
Reply
(0)
Show More Comments
Read This Next
RallyPoint Home