Smith: Our veterans deserve more than thanks 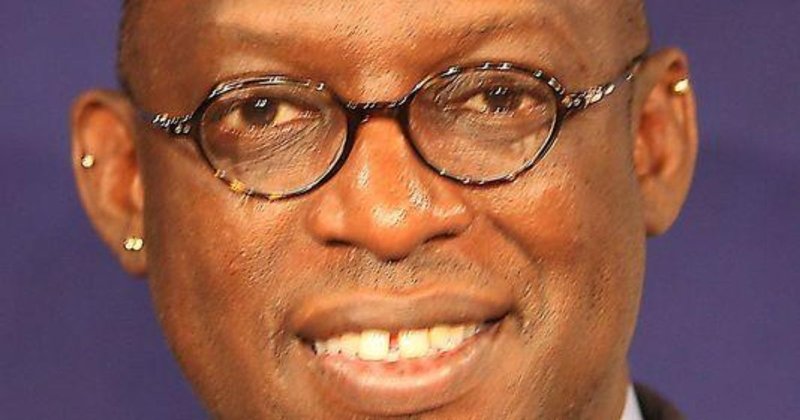 Smith: Our veterans deserve more than thanks

Posted from shreveporttimes.com
Posted in these groups:

SSG Warren Swan
Posted 6 y ago
"Unfortunately, it also has become too easy for politicians who have never worn the uniform to advocate for war, when they know that none of their sons or daughters will ever serve. No, our wars will continue to be fought by the young farm boy from Iowa or the young urban kid from one of the tough neighborhoods in this country, but not by the elites who can so easily talk about putting ground troops in the hell hole that is Syria. They are “chicken hawks” who are willing to sacrifice other people’s children to fight their ill-conceived and perpetual wars"....I would give this man just off this paragraph alone a bag of Chuck Norris powered "Likes". But I personally do not think we are "owed" anything for our sacrifices. We asked to enlist and we knew going in that war was a chance we'd have to take. So let's stop with the whole "I'm owed something because I wore the uniform".
The other side to this is as vets we are owed certain things that are promised to us upon entry. Healthcare, room and board, someone to yell at us, pointless details, but the one that really burns the butt is the Veterans Affairs. We ALL put into this through our service and sacrifice and in this ONE case, I firmly believe this is what we're owed, and what isn't being given. The 22 a day bit in the article is vague to me. I know what he said, but the part about the depression drugs as a culprit is disturbing. I say this because of the knee jerk reactions I've had with meds that were great, but due to something, somewhere, to someone, that drug is no longer authorized for THAT use (Serroquil and sleep). We're seeing it with opiods(sp). Are you in serious pain....ok here is your Ranger Candy and follow up in two weeks with your Pri-care. Everyone is in CYA mode and the one to pay is the SM or retiree.
(0)
Comment
(0)

SSG Warren Swan
6 y
SGT John Mark Watson - Ohh HELLZ NAW lol. I was on 500mg of Seroquel a day. I'd feel hungover like nobody's business. Felt like a veggie at work. But the up side of it was I was calmer, and when I wasn't working, I was working every fast food joint in town being I was ALWAYS hungry as hell. I was on Ambien, but they took me off that too. For me Sleep, Anxiety, and depression are my issues. And while I can deal with the last two most of the time, sleep hurts not to get.
(0)
Reply
(0)

SrA David Steyer
Posted 6 y ago
We should qualify for low income housing? Why sell ourselves short?

I don't know about where this person lives but I can tell you all of the "low income" housing is in the worse areas of the city. Moreover, some areas like Watertown, NY where I grew up near Fort Drum I want to say the waiting list for low income housing is years long, and I think at one point it was 5+ years long. All the new apartments they built over the past few years are too expensive for the majority of the non-military population. Where I am at, just about every apartment place keeps adding upgrades and services offered and I know when it comes time to renew my lease later this year my rent is going to go up stupid high to where I might as well buy a house.

Yes, I know the article says when they become available but I would like to think that in that long waiting period a veteran of all demographics manages to build themselves up and gets gainful employment and get a decent apartment or house.

No charge education? People leaving the service today have the Post 9/11 GI Bill plus many people take classes while they are in. So you have to pay a little bit for education. I maxed out TA my last two years I was in. My second year I had to pay a little out of pocket because TA wouldn't cover the last credit hour which was $250 out of pocket. Before that I went to some !@#$hole of a school and had to pay a lot more out of pocket because TA didn't cover it all. Thank god I saw the light and stopped going.

Show our ID and get the help we need? Well, veteran ID's aren't a thing. Not everyone has a VA card or retired. If I show my drivers license how will they know? It doesn't say if I served or not unless I carry a DD214 in.
(0)
Comment
(0)

Sgt Sherry Taylor-Bruce
6 y
In the thirty years since I got out of the Air Force I was always told that getting an FHA loan was cheaper than a VA loan. What's the use in having that entitlement?

Check with your local DMV several states have started to put Veteran status on their drivers licenses.
(1)
Reply
(0)

SrA David Steyer
6 y
I transferred my residency and driver license before I got out and did it in uniform (they came on to base) but I see my state will put veteran status on the drivers license so I will look into a new license!
(0)
Reply
(0)

SrA David Steyer
6 y
Sgt Gus Laskaris - I do find it interesting that you give special attention to my posts more so than anyone else when people say similar things on this site. I don't know what I did to offend, but if I did something to you personally please let me know. Yeah I like to post and I have a lot to say. I will admit I am a very opinionated person which can be a flaw or weakness but if you take that as bitterness... I don't know what to say. You really don't know me and I don't know you so I can't ever make a solid judgment of your character and you honestly can't ever make a solid judgment of mine through Rallypoint as hard as we both could try. If one was to take this site as a complete judgment that's a bad thing. If you made a "clean break" as you say you did...why are you even here?

Where did I show bitterness in this response? I said that people get the GI Bill, and shouldn't need free stuff on top of that when they have the GI Bill and guess what? I am fully aware the GI Bill doesn't pay for it all and I had to pay for some of it out of my own pocket, and nope I didn't struggle to pay it back or complained I had to pay back a few hundred. If you took it as complaining, I again have no idea what to say. I would have probably spent the money on video games or something silly so it should be a win that it went towards education.

I said I wouldn't want to, or even live in section 8 housing and even said: "I would like to think that in that long waiting period a veteran of all demographics manages to build them up and gets gainful employment and get a decent apartment or house." I would like to think in five years after service that someone is able to build a decent life. No I haven't looked in to moving into Section 8 housing but I know that waiting lists can be stupid long because I have friends back where I grew up trying to move into it and I read about it every now and then on Facebook. Sure, it's not too important to my life I'll admit and doesn't matter as I have no plans on ever moving back or honestly even visiting but just something I see here and there on Facebook.

Starting from the bottom? I never complained about that. I have complained that I can't even get a job stocking shelves (fail on my part) and I found out why that is. No one is hiring. I followed up with the places I applied to via the thank you letters you should do for an interview, right or wrong I did then when I did an application the next day and heard back actually and they told me they weren’t hiring so I tried elsewhere. So trust me I am not against that at all and know it will take sacrifice and effort. I saw you read my profile before you did this response and if you really looked; you would have seen that I managed to get somewhere and it was from networking, not complaining like you say all I do. Not a solid offer where I should get that excited, and I am not in actuality like the thread here and it may not be the best paying job but hey it's at the bottom and something that could lead to something better down the line. I know if I was CEO I'd crash and burn the company so good thing I am not starting there. Nor do I push the military card...anyone asks what I do or did, I say in less than ten words and leave it at that regardless of a job interview or talking with someone I just met. I know people don't care.

Yeah I didn't touch on the healthcare but I don't expect free healthcare, nor would I want it. Too bad I didn't meet your expectations and respond to that part. Oh and the driver’s license? Just something to consider and yeah I'll look into it but seeing how they screwed up my first license when I switched over as they spelled my last name wrong and something else so I got a second one that day and the tax collector off base was then, and still can be a three week wait so I will wait. So unless I wanted to camp out at 4 AM to be first in line and they came to base the week I did it, I did it there and will wait. Yeah I was in uniform when I got my current driver’s license. No service member card intended to push. It's not a huge deal to add that to my license and I'll admit it won't really do anything. So I might not do it. While I am at it... I don't have any military stickers or anything like that on my car either like you think I would. I think I have a photo of my license you want to see how they jacked it up the first time for a good laugh.

Yes my service was uneventful, indeed small part of my life in which I have spent more out of the military than I did in it, and I know I have many years ahead of me, and due to age difference between us I will probably have many more years than you. I just don’t want to end up miserable like you, assuming there is more truth than sarcasm to your profile picture and professional summary.
(0)
Reply
(0)
Read This Next
RallyPoint Home