SGT (Join to see)
2.61K
47
6
18
18
0
"Spanish-American War
The Spanish-American War was an 1898 conflict between the United States and Spain that ended Spanish colonial rule in the Americas and resulted in U.S. acquisition of territories in the western Pacific and Latin America.

Causes: Remember the Maine!
The war originated in the Cuban struggle for independence from Spain, which began in February 1895.

Spain’s brutally repressive measures to halt the rebellion were graphically portrayed for the U.S. public by several sensational newspapers engaging in yellow journalism, and American sympathy for the Cuban rebels rose.

The growing popular demand for U.S. intervention became an insistent chorus after the still-unexplained sinking in Havana harbor of the American battleship USS Maine, which had been sent to protect U.S. citizens and property after anti-Spanish rioting in Havana.

War Is Declared
Spain announced an armistice on April 9 and speeded up its new program to grant Cuba limited powers of self-government.

But the U.S. Congress soon afterward issued resolutions that declared Cuba’s right to independence, demanded the withdrawal of Spain’s armed forces from the island, and authorized the use of force by President William McKinley to secure that withdrawal while renouncing any U.S. design for annexing Cuba.

Spain declared war on the United States on April 24, followed by a U.S. declaration of war on the 25th, which was made retroactive to April 21.

Spanish-American War Begins
The ensuing war was pathetically one-sided, since Spain had readied neither its army nor its navy for a distant war with the formidable power of the United States.

In the early morning hours of May 1, 1898, Commodore George Dewey led a U.S. naval squadron into Manila Bay in the Philippines. He destroyed the anchored Spanish fleet in two hours before pausing the Battle of Manila Bay to order his crew a second breakfast. In total, fewer than 10 American seamen were lost, while Spanish losses were estimated at over 370. Manila itself was occupied by U.S. troops by August.

The elusive Spanish Caribbean fleet under Adm. Pascual Cervera was located in Santiago harbor in Cuba by U.S. reconnaissance. An army of regular troops and volunteers under Gen. William Shafter (including then-secretary of the Navy Theodore Roosevelt and his 1st Volunteer Cavalry, the “Rough Riders”) landed on the coast east of Santiago and slowly advanced on the city in an effort to force Cervera’s fleet out of the harbor.

Cervera led his squadron out of Santiago on July 3 and tried to escape westward along the coast. In the ensuing battle all of his ships came under heavy fire from U.S. guns and were beached in a burning or sinking condition.

Philippine insurgents who had fought against Spanish rule soon turned their guns against their new occupiers. The Philippine-American War began in February of 1899 and lasted until 1902. Ten times more U.S. troops died suppressing revolts in the Philippines than in defeating Spain.

Impact of the Spanish-American War
The Spanish-American War was an important turning point in the history of both antagonists. Spain’s defeat decisively turned the nation’s attention away from its overseas colonial adventures and inward upon its domestic needs, a process that led to both a cultural and a literary renaissance and two decades of much-needed economic development in Spain.

The victorious United States, on the other hand, emerged from the war a world power with far-flung overseas possessions and a new stake in international politics that would soon lead it to play a determining role in the affairs of Europe and the rest of the globe." 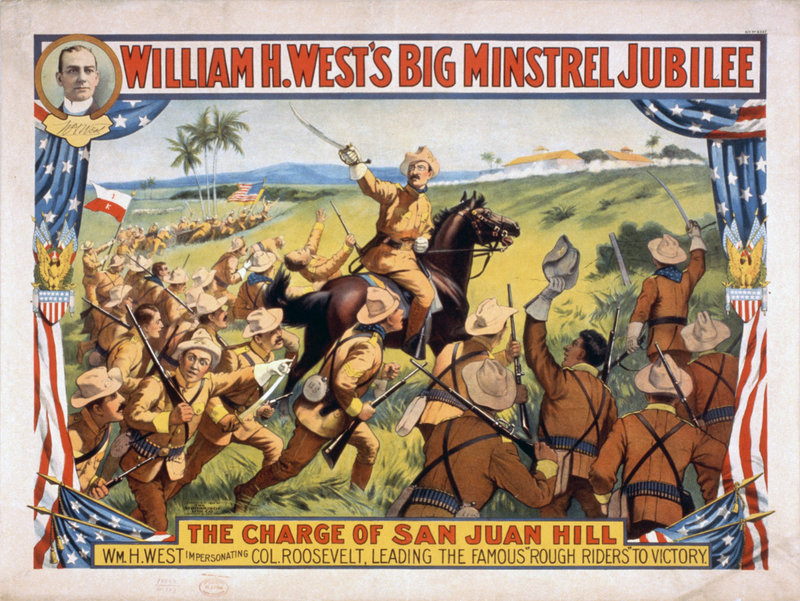 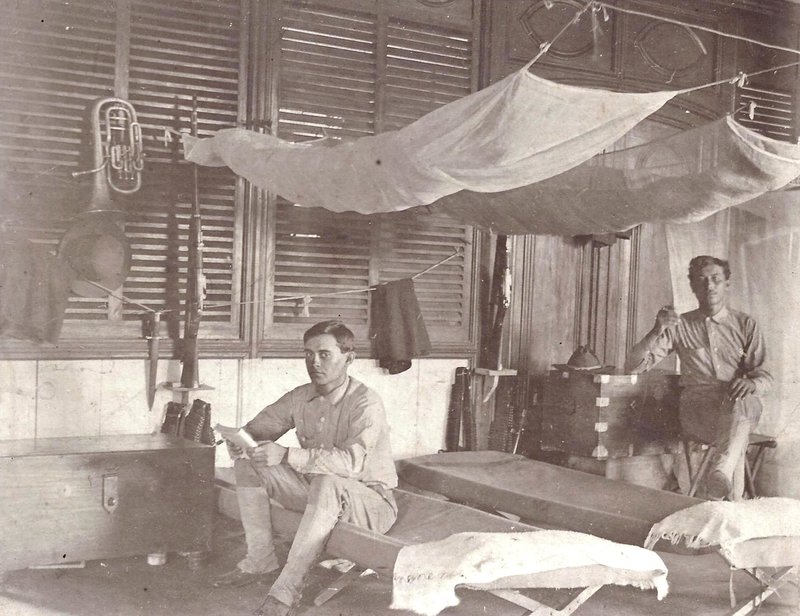 SGT (Join to see), my wife’s great, grandfather, Joseph Inagatius Sindelar, served in the Spanish-American war. He first served in the 5th Ohio Volunteer Infantry Regiment as a private on the regimental staff. They never left the United States.

He then served as a corporal in the 32nd Infantry [regiment] (United States Volunteers) in the Philippines. He was also in the regimental band and played the euphonium.

Sindelar is shown at left in the photo. On the wall behind him, you can see his euphonium, a bayonet, and his weapon which I think is a Model 1896 Krag-Jorgensen carbine. We kept his footlocker for years until my wife gave it to her nephew.