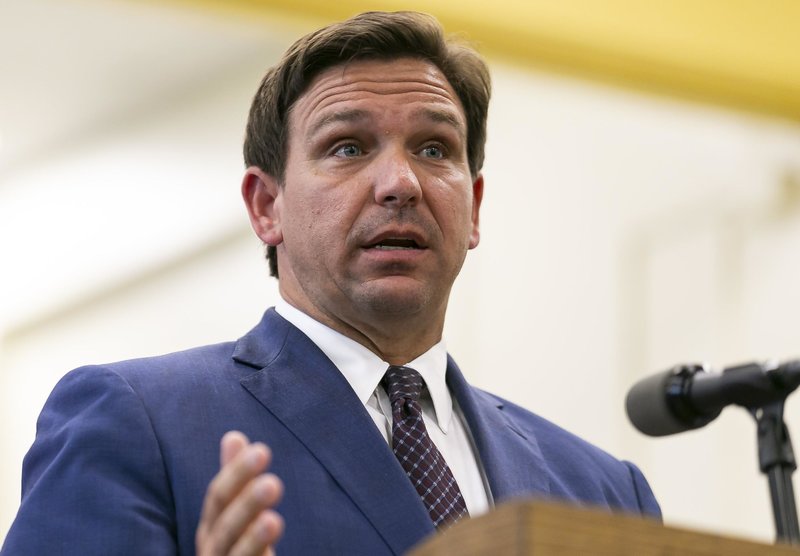 Posted from apnews.com
Posted in these groups: State

Lt Col John (Jack) Christensen
1 y
MSG (Join to see) It may have been closer to Kissimmee, really don't remember, I drive to Altamonte Springs a couple times a year and saw it on my last trip, mid June.
(3)
Reply
(0)

MSG Stan Hutchison
Posted 1 y ago
Trump said COVID was nothing, and his cult is following along like good little lemmings.
(7)
Comment
(0)

MSG (Join to see)
1 y
Maybe you have been hiding under a rock. Trump isn't President. You should try to stay current.
As for locations that have had a resurgence in COVID-19, this includes many Democrat led Cities/States.
BTW, there have been over 200,000 covid-19 deaths under Biden.
(1)
Reply
(0)

MSG (Join to see)
1 y
MSG Stan Hutchison -
Where?
Since Trump left office, the delusional left wing lost their talking points.
Trump says things from time to time, but most people aren't paying attention to him except the left. He has no power, no authority. He might do well as a king maker, but other than that, it would be difficult for him to regain National office.
The left doesn't want to talk about the issues with their admin in office such as the out of control illegal immigration, rising inflation, over 200,000 dead from COVID in Biden's Presidency, a President that seems to have Alzheimer's, a Vice-President that is dysfunctional, a spend happy majority House and Senate that has their own dysfunctional groups within it, and much more.
(0)
Reply
(0)

MAJ (Join to see)
Posted 1 y ago
Considering the complete failure of government preparations for the pandemic, I have no clue if we established the proper networks to include medical ones for support, leadership, mission essential task lists, and reporting.

Our governmental response was so pathetic we created a Task Force in late March to acquire PPEs. Doctors and nurses were washing their PPEs for weeks due to a lack of supply. This is beans and bullets stuff. Pathetic.
(6)
Comment
(0)

MAJ (Join to see)
1 y
SSG Samuel Kermon - From what I read HHS is supposed to provide the nation with medical leadership, but this pandemic has become so political.
(1)
Reply
(0)
Show More Comments
Read This Next
RallyPoint Home