SPC Miguel C.
709
22
11
2
2
0
According to the draft, the court would overturn Roe v. Wade's holding of a federal constitutional right to an abortion. The opinion would be the most consequential abortion decision in decades and transform the landscape of women's reproductive health in America. 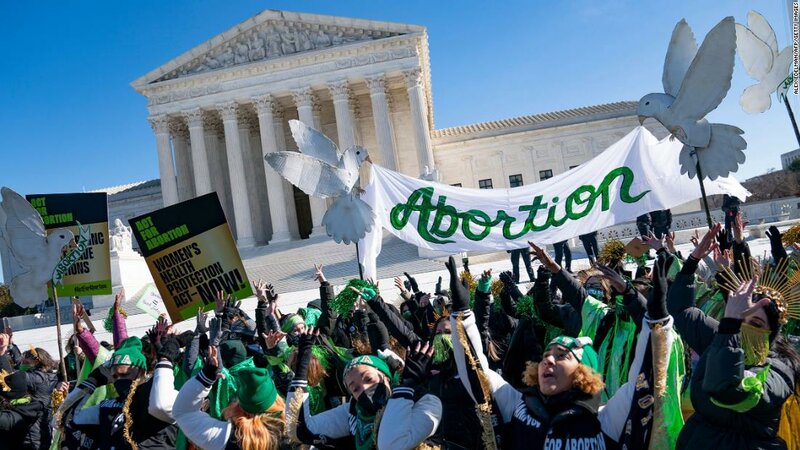 1SG (Join to see)
Posted 5 mo ago
Codify Roe v Wade into law via congress. If that fails, get rid of the filibuster. If that fails, expand the court. The right wanted this so here we go.
(6)
Comment
(0)

SPC Miguel C.
5 mo
Absolutely agree, and this is coming from a registered Republican such as myself.
(2)
Reply
(0)

1SG (Join to see)
Posted 5 mo ago
You know what else the constitution doesn't mention?

PFC (Join to see)
5 mo
Which they will eventually come from those as well. Constitutionalists want the original constitution as it was written by James Madison.
(1)
Reply
(0)

Section 1.
The judicial power of the United States, shall be vested in one Supreme Court, and in such inferior courts as the Congress may from time to time ordain and establish. The judges, both of the supreme and inferior courts, shall hold their offices during good behaviour, and shall, at stated times, receive for their services, a compensation, which shall not be diminished during their continuance in office.

Section 2.
The judicial power shall extend to all cases, in law and equity, arising under this Constitution, the laws of the United States, and treaties made, or which shall be made, under their authority;--to all cases affecting ambassadors, other public ministers and consuls;--to all cases of admiralty and maritime jurisdiction;--to controversies to which the United States shall be a party;--to controversies between two or more states;--between a state and citizens of another state;--between citizens of different states;--between citizens of the same state claiming lands under grants of different states, and between a state, or the citizens thereof, and foreign states, citizens or subjects.

The trial of all crimes, except in cases of impeachment, shall be by jury; and such trial shall be held in the state where the said crimes shall have been committed; but when not committed within any state, the trial shall be at such place or places as the Congress may by law have directed."