PO1 William "Chip" Nagel
401
11
3
4
4
0
The U.S. Supreme Court on Thursday sided with Catholic Social Services in a battle that pitted religious freedom against anti-discrimination laws in Philadelphia and across the country. The court declared that the private Catholic agency was entitled to renewal of its contract with the city for screening foster parents, even though the agency violated city law by refusing to consider married LGBT couples.

The court's decision marks a revolution in the law, for the first time declaring explicitly that anti-discrimination laws, at least those meant to protect the LGBT community, play second fiddle to religious views under the Constitution.

The decision also marked a triumph for a new brand of conservatism on the court, which is putting the Constitution's guarantee to the free exercise of religion at the highest level of protection, while dramatically decreasing the traditional approach based on separation of church and state.

The conservative majority, however, did not explicitly overturn a decision (Employment Division v. Smith) written more than three decades ago by Justice Antonin Scalia, himself a conservative trailblazer. In that decision, Scalia wrote for the court that when the government has a "generally applicable" law or regulation and enforces it neutrally, the government's action is presumptively legitimate, even if it has some "incidental" adverse impact on some citizens. 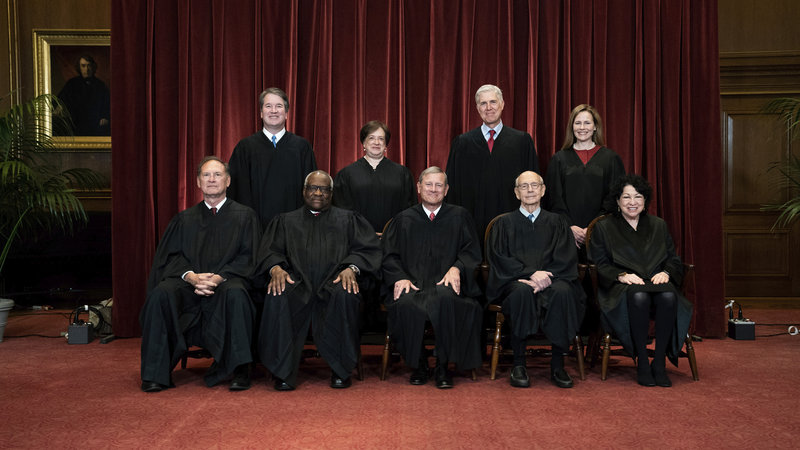 This is fine if: the group does only gets kids as an option after primary way has been exhausted, and they don't have control of the kids or restricting different placement because they clearly don't give a crap about finding loving stable homes.

I'm not fine and this is a huge fuck you to the kids if they have control of kids entirely and can't be moved out from the placements they have made.

I would be to look into but I really hope it's the former which I could understand saying first amendment to hate unanimously.
(1)
Comment
(0)
Read This Next
RallyPoint Home