PO1 William "Chip" Nagel
501
10
1
2
2
0
Tens of thousands of protesters rallied in Myanmar on Sunday demanding an end to the military coup and release of de facto leader Aung San Suu Kyi, who was detained alongside other elected officials in last week's military takeover.

Protesters carried banners reading "Respect our vote," the BBC reports, a reference to a landslide victory by Suu Kyi's party in a Nov. 8 election. Military leaders justified their takeover claiming, without evidence, that the vote was fraudulent. One demonstrator, quoted by the BBC, called Suu Kyi "our true leader."

"She is our only hope for our democracy. If she died or something happened to her, what is our future? We really need her back," the protester told the BBC. 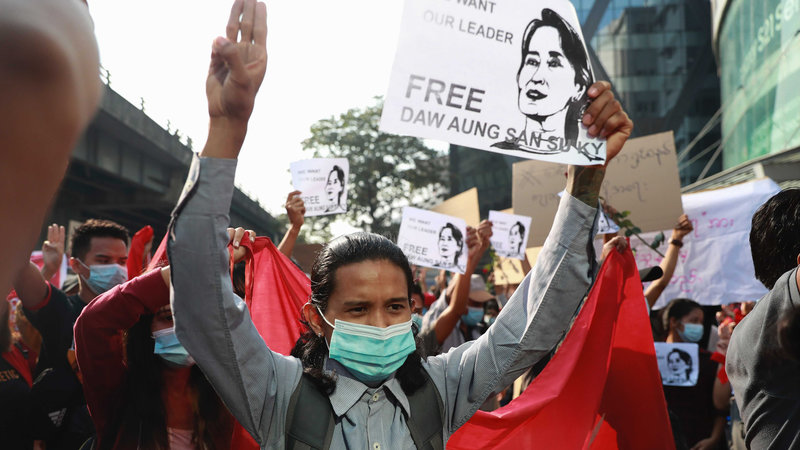